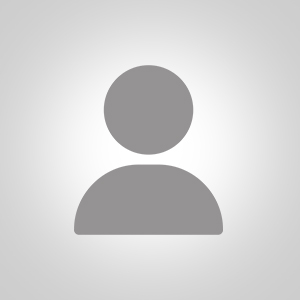 UML had secured 22,869 votes in the proportional representation (PR) electoral system from the constituency, NC 22,092, and Maoist Center 17,584 in the last general election in 2017. Common left coalition candidate Krishna Bahadur Mahara had coasted to an easy victory securing 40,042 of the 69,485 votes cast in 2017 as UML and Maoist Center had opted for electoral alliance with promise of post-election unification.

NC and Maoist Center have allied this time and Sharma similarly should coast to an easy victory but entry of engineer Bishal Adhikari of Rastriya Swatantra Party has changed the dynamics in the constituency.

The ruling coalition still looks the strongest force based on the votes received by the parties at the ward level in recent local election. But UML hopes that all the NC voters will not be transferred to Maoist Center’s Sharma and Pokharel will win like the main opposition party’s candidates won the mayoral election in Ghorahi and Tulsipur as all the coalition votes did not add up.

Setopati reached almost all the wards in the constituency and talked with 259 voters about the upcoming election, their preferred parties/candidates, the reasons for their preference, the most important issues for them among other things.

The 73 voters who pledged to vote for Maoist candidate Sharma include 38 NC voters, 21 Maoist voters, four first-time voters, and two each from CPN (Unified Socialist) and Rastriya Janamorcha. The remaining six did not reveal who they had voted for five years back.

The claims of UML that Pokharel will eke out a close win backed by votes from NC like the party’s mayoral candidate in Ghorahi did in the recent local election, in this way, does not seem to be unfounded.

The fact that he is a senior UML leader and played an integral part in making Dang the provincial capital of Lumbini also seems to favor him.

The 48 voters who pledged to vote on bell include 21 traditional NC voters, eight UML voters, five Maoist voters, and 10 first-time voters. Four of the 48 voters did not reveal who they had voted for in 2017.

The constituency has 133,748 voters and up to 90,000 votes may be cast if around 65-70 percent of the voters exercise their franchise as in the past. The fact that Rastriya Swatantra Party candidate has made it a triangular competition means that around 35,000 votes may be enough to secure a victory.

Sharma would win if she manages to attract most of the NC voters. But that doesn’t seem to be the case. The significant proportion of undecided Tharu voters may ultimately decide the race. The Tharus seem to vote in block and many Tharu voters Setopati talked to said that they have yet to hold discussion about who to vote for. Who they will eventually decide to vote for can be decisive in the close fight.