A meeting of the party's disciplinary committee on Saturday has punished Joshi of Tanahu, Pushkar Nath Ojha of Kailali and Ram Bahadur Bista of Dadeldhura stripping them of even general membership.

Similarly, mahasamiti member and former minister of state Ojha was accused of playing a role in loss of Aarzoo Deuba in Kailali during the general election .

The discipline committee has expelled Joshi and Ojha from the party for five years.

Bista, who is secretary of the district committee in NC President Sher Bahadur Deuba's home district Dadeldhura, has been expelled for three years.

The committee headed by Bhishma Raj Angdembe had sought explanation from the three on March 2. It has now punished them stating that their explanation was not satisfactory.

The five-strong committee also has received complaints against top leaders including Deuba accusing them of indiscipline. 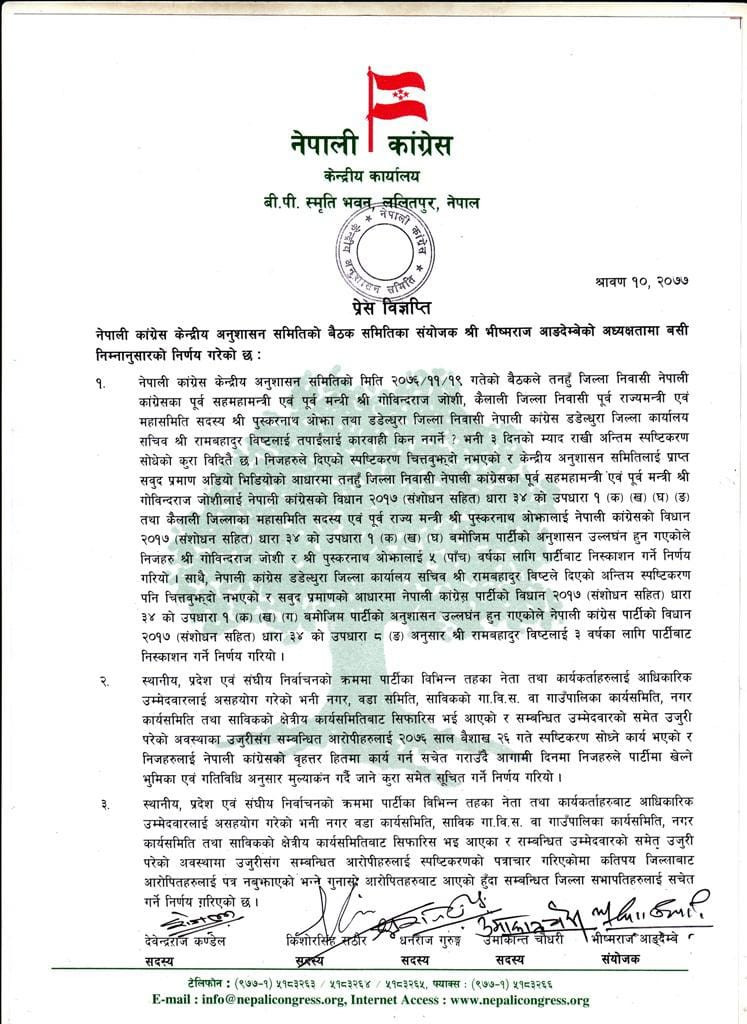