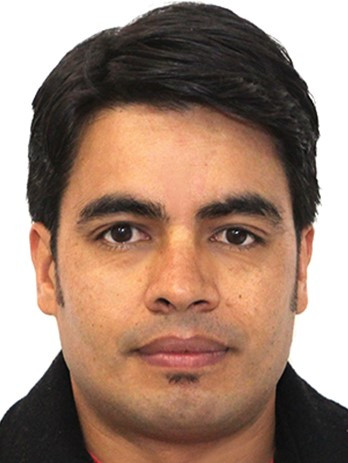 Serious discussions, debates and arguments have been made, observed and seen for some time among politicians, economists and other relevant intellectuals in relation to the Millennium Challenge Corporations (MCC). Many of them, indeed, seem to be just making a ‘noise’ on MCC. As a good socio-politically informed Nepali, I have never seen such an intense level of public debate on any foreign aid in this land. However, being a researcher and practitioner in the field of international development, most of these discussions and debates for me seemed to be superficial, shaped by limited theoretical underpinnings, understanding, some prejudices, biases, stereotypes, and even personal interests. Of course, there were a few exceptions of robust analysis by a handful of people.

I think the billion-dollar question is not whether MCC benefits Nepal or USA wants to fulfil its hidden goals including military interests in Nepal. Rather does any type of foreign aid benefit developing countries including Nepal? What has the last 70 years of development aid evidence demonstrated? Does foreign aid work? Why foreign aid is given? Is Nepal better off receiving foreign aid or not?

I have tried to summarize evidence of the last seven decades to frame the discussion of MCC in light of overall international foreign aid. Many examples are related to the aid offers by the USA since we are discussing about MCC. In order to make this article non-academic, I have not included references although most of these arguments have been made by researchers mostly economists.

Why do western countries give aid? Exploring different perspectives, authors have identified at least three different motivations on why aid is given to developing countries. On this, Theodore H Cohn in his book 'Global political economy' summarizes overall theoritical understanding including who thinks how. Most liberals acknowledge that donors provide Official Development Assistance (ODA) partly to gain commercial benefits, but they see this aid as positive-sum game that can also help promote socio-economic and political development of recipients. Realists often see aid as a policy tool that donors developed to influence recipients, the same was used in the bipolar Cold War, and that they now use to support the war on terrorism. Critical theorists view aid in highly negative terms as perpetuating dependency relations, promoting the integration of the South in an unequal global market and failing to deal with serious problems such as environmental degradations. Donors sometimes provide aid for humanitarian and development reasons, but they also seek to promote their own political and economic interests.

However, all narratives of justification for aid have always been for development purpose by the Western countries. Despite its development justification, many researchers including Eric Werker in his paper presented at Harvard University have found that foreign aid in the aid-giving countries has always been political. Donor nations may give aid in order to further their economic interest, from the assistance of their companies’ commercial ventures to a larger pursuit of trade and market access. Donors may seek to achieve far-reaching political goals like support on international initiatives undertaken by the donor nation.

Researchers further argue that even aid disbursement is driven by political goals in the donor countries. For example, many researchers have found that history since 1940s show that every US government considered foreign aid to be important in achieving foreign policy goals. Japanese aid is motivated by economic and trade interests, Swedish aid supports progressive, socialist minded regimes, and France primarily gives to francophone countries. OPEC countries offer aid to other Arab and Non-Arab Muslim countries. Evidence suggests that OECD countries have little humanitarian motivation for giving aid. Cohn demonstrates western countries have given aid for security and commercial reasons- the main security issue after World War II was the Cold War and War on Terrorism, and for commercial benefits a donor country often uses tied aid using certain percentage of money to buy products and experts from the country. In 2005 alone, 49% of aid was tied to procurement.

What about aid given by other transnational organizations like the World Bank (WB) and the International Monetary Fund (IMF)? Researchers have argued that aid given by them are not much different to that by bilateral agencies. Many researchers including James R. Vreeland found that IMF programs actually reduce economic growth by one and half percentage points for each year the country remains under an IMF agreement. Moreover, these organizations do follow what developed countries asked them to do since influential membership in those organizations are primarily from the USA and Europe. The head of the World Bank is always an American and the head of IMF is always a European. As these two are the key lenders for developing countries, they get an extra advantage from the process. In the process, all developing countries should provide their detailed economic information to the international organizations like the World Bank and the IMF. For example, to be a member of the World Bank, a state must also join the IMF and provide it with detailed information about its economy. Meaning the West knows all details about the developing countries’ internal economic information and they can do what and how they like which includes making the strategy against them based on the information.

Let’s not talk much about what MCC is. There has been enough discussion and writing about MCC. In the United States, the Millennium Challenge Corporation (MCC) was created in 2004 alongside the more established US Agency for International Development. Researchers claim that the George W Bush administration after 9/11 believed that there is a strong connection between poverty and terrorism which then led to birth of the MCC. According to its charter legislation, the MCC gives aid to poor countries committed to “just and democratic governance… economic freedom… [and] investments in the people” based on “objective andquantifiable indicators.” In practice this has meant selecting countries by income category according to 17 published indicators, like that of the advocacy non-governmental organization(NGO) Freedom House on political rights. There is already evidence now that countries have not been selected based on these criteria.

The discussion above about aid providers, both bilateral agencies and international organizations, has shown that aid itself is economic in nature but its decision is political. Hence, the majority of economics research show that aid is allocated according to political interests, not by development interests, and if something works in the process it is only a by-product of aid. In the case of MCC, it is also not different than any other aid offers by the United States. Does MCC make any difference if it is not under Indo-Pacific Strategy as many of us think? Seventy years of evidence has shown that it does not. Nepal will be better off if it gradually stops receiving any type of foreign aid.

We discussed much about aid-giving nations, what about the aid-receiving ones? Researchers have argued that the aid in recipient countries is also highly political as we have seen in Nepal. Werker (2012) explains when a foreign aid enters the recipient country, it enters a political system far more complex than the foreign affairs networks in the donor countries that spawned it. In this domestic context, foreign aid can increase the conflict over scarce government resources, it can shift the competitive balance across sectors of the economy, and it can change the very relationships the government has with the opposition and its citizens. Thus, aid has many effects in the recipient countries. Some of those effects include:

If this is the case, then does development aid have any impact? Are there any intellectuals or researchers who defend the impact of aid? There are a very few defenders of development aid including Jeffrey Sachs and Steve Radelet who claim that development aid is working, and advocate for more aid. However, their conclusion is based on a few successful projects in which aid was a component. In addition, there were a couple of economists, related to the World Bank in the 90s, who studied the relationship between aid and growth, and published papers claiming aid positively contributed to growth. Most developed countries used these papers to strongly justify their aid programs. However, when other economists studied the same cases with additional multi-year data, they found negative relation between aid and growth. Hence, up to date, peer-reviewed, global studies of the effects of foreign aid on growth usually find either no general relationship or even a negative relationship. Meaning, no type of aid ever helps develop developing countries, rather creates problems all the way from the top to the bottom.

In summary, what do we need to understand? All intellectuals, economists, and politicians in this country should understand that history of 70 years has shown aid does not increase growth, reduce corruption or increase revenues in recipient countries; and donor countries are unlikely to reform or change aid and lending programs because these programs successfully serve political purposes of aid-giving nations but not receiving nations. If we are really discussing about MCC, I think this is the time to have a public debate followed by a key strategic decision in relation to any type of foreign aid in this nation. If not we more or less will be having a similar debate after another 70 years discussing about a different aid program. And individuals who make the decisions about aid will prosper and develop, but not the nation and people!

(The author is doing PhD at the University of Technology Sydney, Australia)