The Dahal-Nepal faction has a razor thin majority in CPN parliamentary party but is worried that Prime Minister (PM) KP Sharma Oli can turn the table on it with a swing of a few lawmakers.

CPN has 174 seats in the House of Representatives (HoR) but one of the lawmakers is dead while Speaker Agni Sapkota is no longer a party lawmaker.

Both the factions claim that they have majority in the parliamentary party but Setopati after an analysis of lawmakers who have opened up has found that the Dahal-Nepal faction has 87 lawmakers and the Oli faction 83.

Tulsi Thapa, like her husband and CPN Vice-chairman Bam Dev Gautam, is neutral along with Lal Babu Pandit.

"We have a little higher number of lawmakers. But we also fear that the arithmetic can change in the eleventh hour because Oli has money and power," a lawmaker from the Dahal-Nepal faction confided. "Bam Dev Gautam can again be decisive in the fight of CPN parliamentary party."

The Dahal-Nepal faction fears that a few other lawmakers can also be influenced if Gautam, who is a National Assembly member, his wife Thapa and Pandit join the Oli camp. The faction believes that Pandit, who has been saying that the party should not split, can join it at last while Gautam, who confides that he feels humiliated by Oli, is also ideologically closer to the faction.

But if Gautam, his wife and Pandit all join the Oli camp the two factions will be almost equally strong even without swing of additional lawmakers. The fact that the CPN parliamentary party statute allows National Assembly members to vote for parliamentary party leader makes things still interesting.

The ruling party has 50 National Assembly members but Chairman Ganesh Prasad Timilsina cannot vote. Both the factions are tied at 24 each and Gautam will be the tie-breaker.

Which of the two factions ultimately has majority in the parliamentary party will matter a lot but that looks set to be just a moral victory in the scheme of things where the power game is concerned.

The Dahal-Nepal faction looks set to try to topple the Oli government through no-confidence motion in the parliament rather than remove him from parliamentary party leader in what looks set to be a very tight fight if Oli does not resign and form a new party before the House session starts on March 7.

The Oli faction alone cannot have a majority in the House and the Dahal-Nepal faction plans to remove Oli with support of Nepali Congress (NC) and Janata Samajwadi party (JSP).

"We will show by removing PM Oli through no-confidence motion as the House has been reinstated," National assembly member from the Dahal-Nepal faction Ram Narayan Bidari told Setopati.

The faction can topple the Oli government with support of just the main opposition NC even if the faction has only 80 HoR members.

The two factions, however, will fight till the end for the moral victory in the parliamentary party. The Oli faction has called the parliamentary party meeting on March 6. Proving majority there if not anything else will give Oli the bragging rights even if it may not give him a leg up in the fight against no-confidence motion. 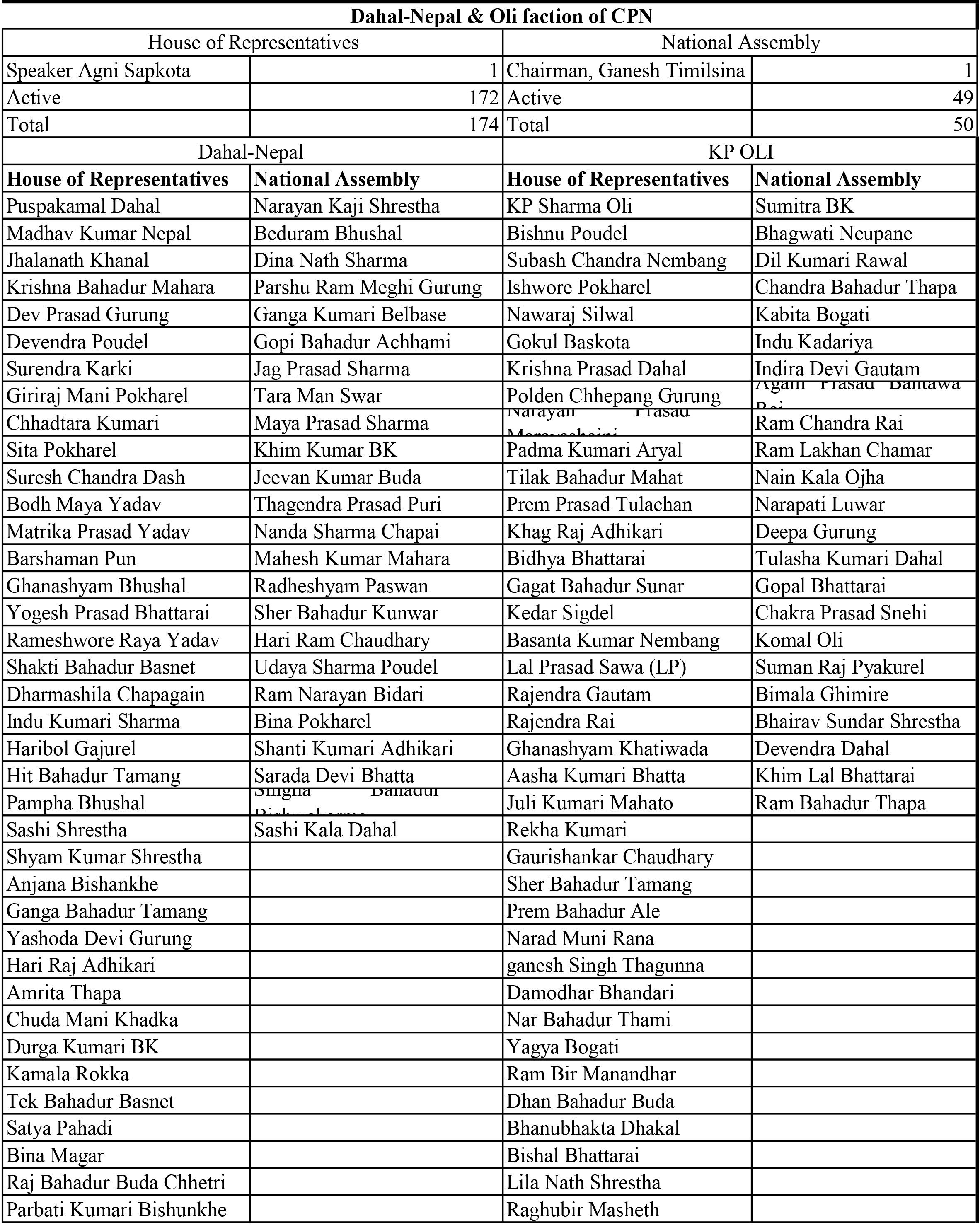 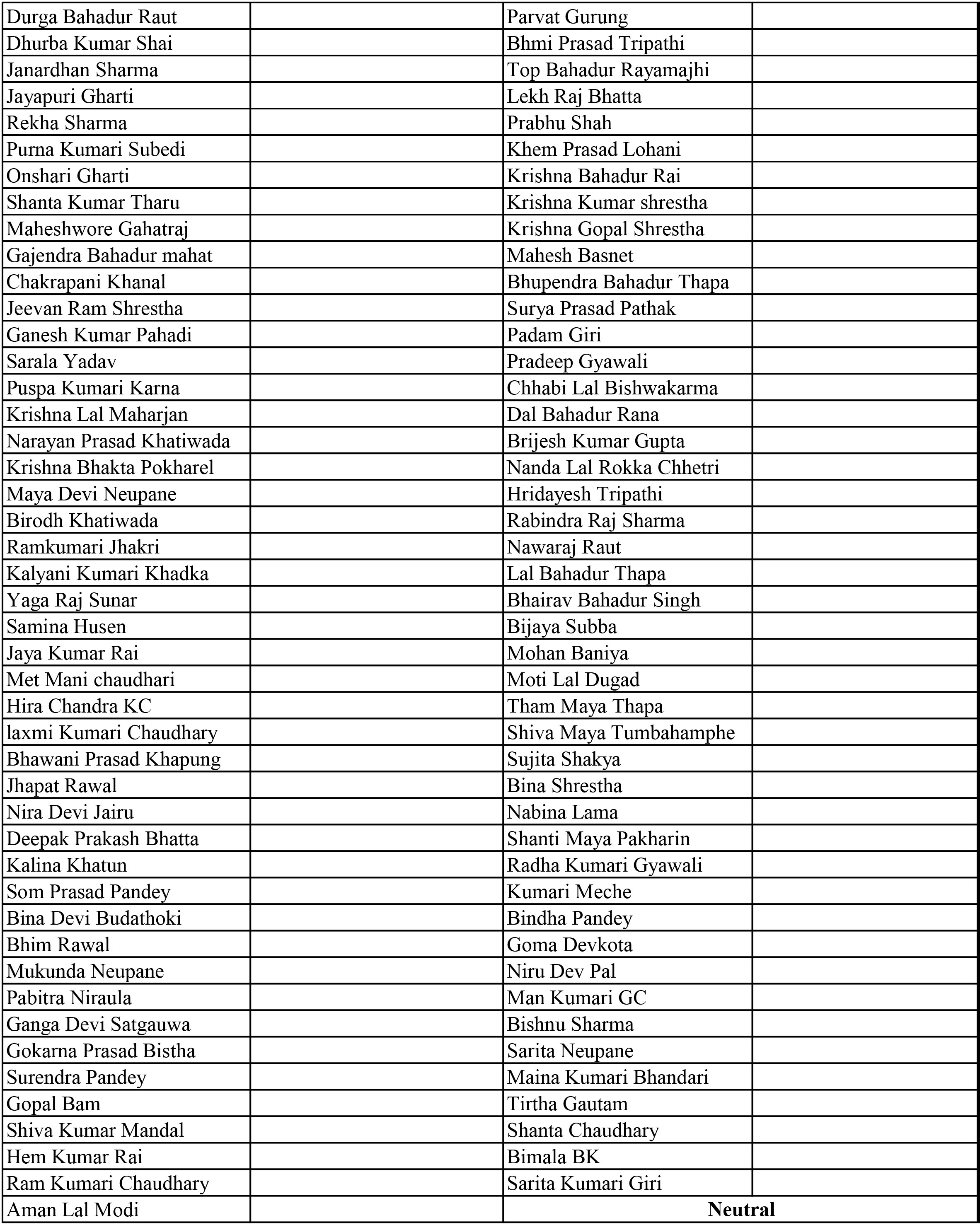