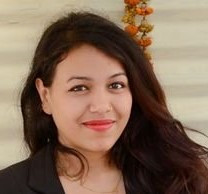 The Airline Operators Association of Nepal (AOAN), that announced grounding of all their airplanes and helicopters from Wednesday without even giving a 24-hour notice to the passengers, has agreed to resume regular flights from 11 Wednesday morning.

The operators, who announced the decision in protest against the government’s new rule that requires different airline companies to park their 55 planes and helicopters at their designated operating bases outside Kathmandu at night, have agreed to resume flights following a meeting with Director General of the Civil Aviation Authority of Nepal (CAAN) Pradeep Adhikari in presence of Home Secretary Tek Narayan Pandey late Tuesday night.

"Dialogue will continue but we will not shut down flight services now. Flights will resume after 11 Wednesday morning," AOAN Spokesperson Yograj Kandel told Setopati.

Sita Air and mountain helicopters, however, flew since 6:30 Wednesday morning from Nepalgunj and Simikot as per normal schedule, according to Senior General Manager of Sita Airlines Ghanashyam Acharya.

The decision to suddenly stop all domestic flights including regular and chartered flights by airplanes and choppers, and even emergency rescue flights to put pressure on the government to take back its decision was widely condemned as irresponsible and violating the Essential Services Operation Act.

The government has designated operating bases outside Kathmandu for parking aircraft keeping in view the increasing air traffic at the Tribhuvan International Airport (TIA).

According to TIA Spokesperson Teknath Sitaula, the airport has a capacity to hold 17 domestic aircraft but 34 aircraft are being parked there at present.

(This news report has been updated after first publication to include resumption of flights by Sita Air since 6:30 am)