NA Spokesperson Bigyan Dev Pandey said the supplies including personal protective equipment (PPE), PCR test kits and N-95 mask have arrived in the wide-body plane from Guangzhou at around 9:30 Tuesday morning. The plane had left for Guangzhou Monday evening. 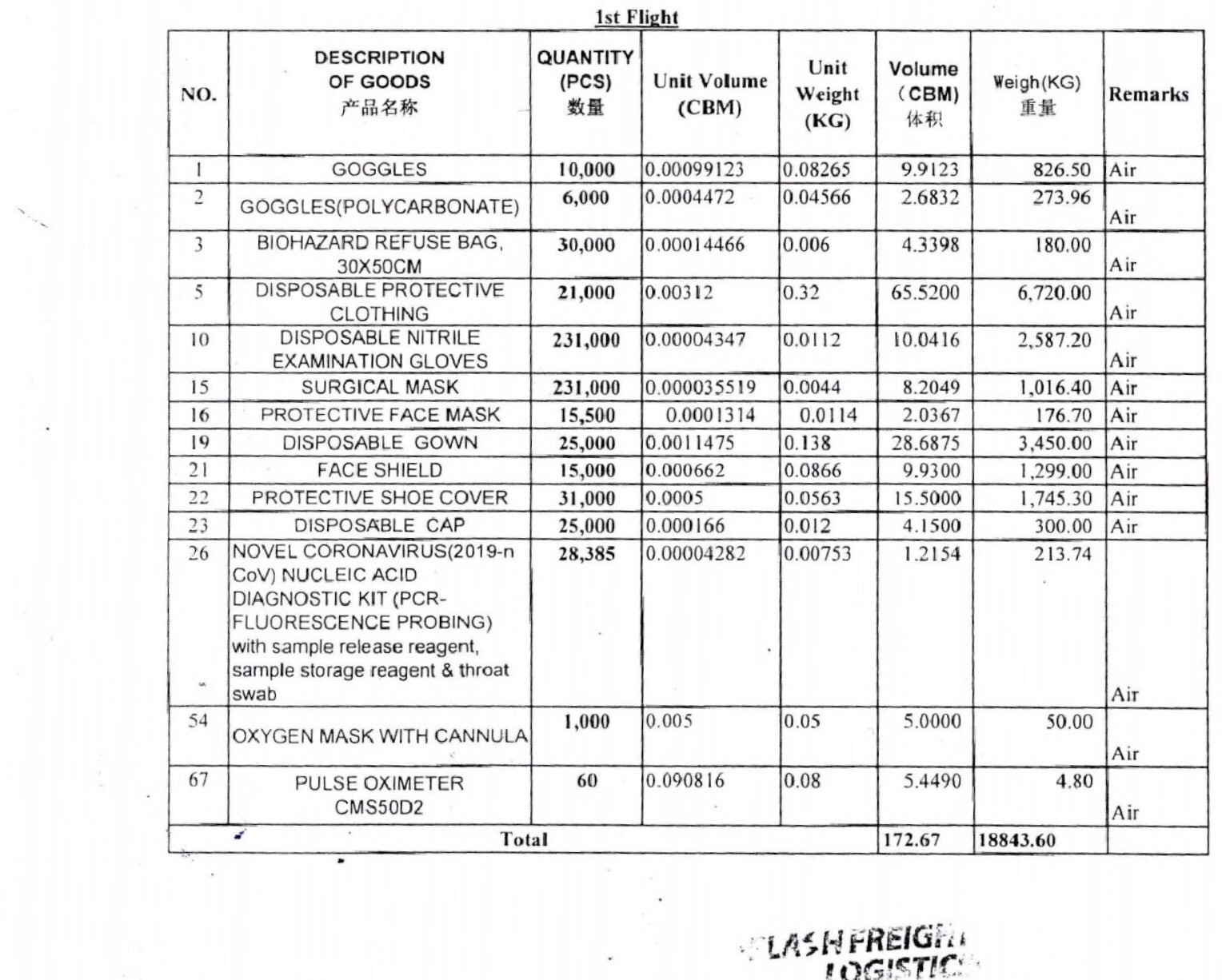 Plane was set to be sent multiple times in recent days but the flight could not materialize as the Guangzhou Airport was busy.

The NA has already brought 10 containers of medical supplies by road due to delay in bringing by air. Ten containers with volume of 265 cubic meters arrived in Kathmandu on Saturday. The containers had around eight tons of materials each.

Containers with volume of 952 cubic meters have also arrived at Khasa, according to the NA.

The NA has already signed an agreement worth US$ 18,441,706 (around Rs 2.25 billion) with the Sinopharm Group, owned by the Chinese government, to procure 341 tons of medical supplies.

The government on April 1 had unilaterally revoked the contract with Omni Group, that had brought the first lot of medical materials from China three days earlier, citing the latter's inability to bring additional materials. Omni Group, with no previous experience in medical supplies, was given the contract without any bidding process in a process that lacked transparency.

It then decided to hand over the responsibility of bringing the materials to the Nepal Army through government to government arrangements.