CPN-UML Chairman and Prime Minister (PM) KP Sharma Oli has appealed to the dissident faction for party unity agreeing to meet its demands including returning the party to the state before unification with CPN (Maoist Center).
Proposing a six-point framework for party unity Sunday night, he has addressed the major demands put forward by the Khanal-Nepal faction that is on verge of splitting from the party.
The six-point proposal includes the dissident faction's bottom line of returning the party to the state before unification. Oli—who had unilaterally inducted new central and standing committee members after the Supreme Court (SC) invalidated unification on March 7, and dissolved all party committees forming organizing committees for general convention at their stead—has also said all party committees will basically return to the state before unification and start functioning.
He has proposed that a task force will work to resolve the problems seen in implementation of those proposals. He has proposed that the dissident lawmakers, who have lodged the petition with SC demanding that UML parliamentary party leader be removed from the post of PM and replaced by an opposition leader, take back their signatures from the petition.
He has also assured that no action will be taken for the mistakes and weaknesses by the dissidents during the intervening period, and there will be no prejudice and discrimination against them.
He has proposed that all the leaders will make constructive contribution toward making UML unified, disciplined and stronger in terms of principles and organization.
Oli has made the proposal after the standing committee meeting of Khanal-Nepal faction earlier on Sunday urged the cadres to focus on building organization apparently of a new party warning them to be not get fooled by the propaganda about party unity until there are solid results.
The meeting accused Oli of continuously practicing factionalism and disunity and called his offers for dialogue fraudulent tactic. 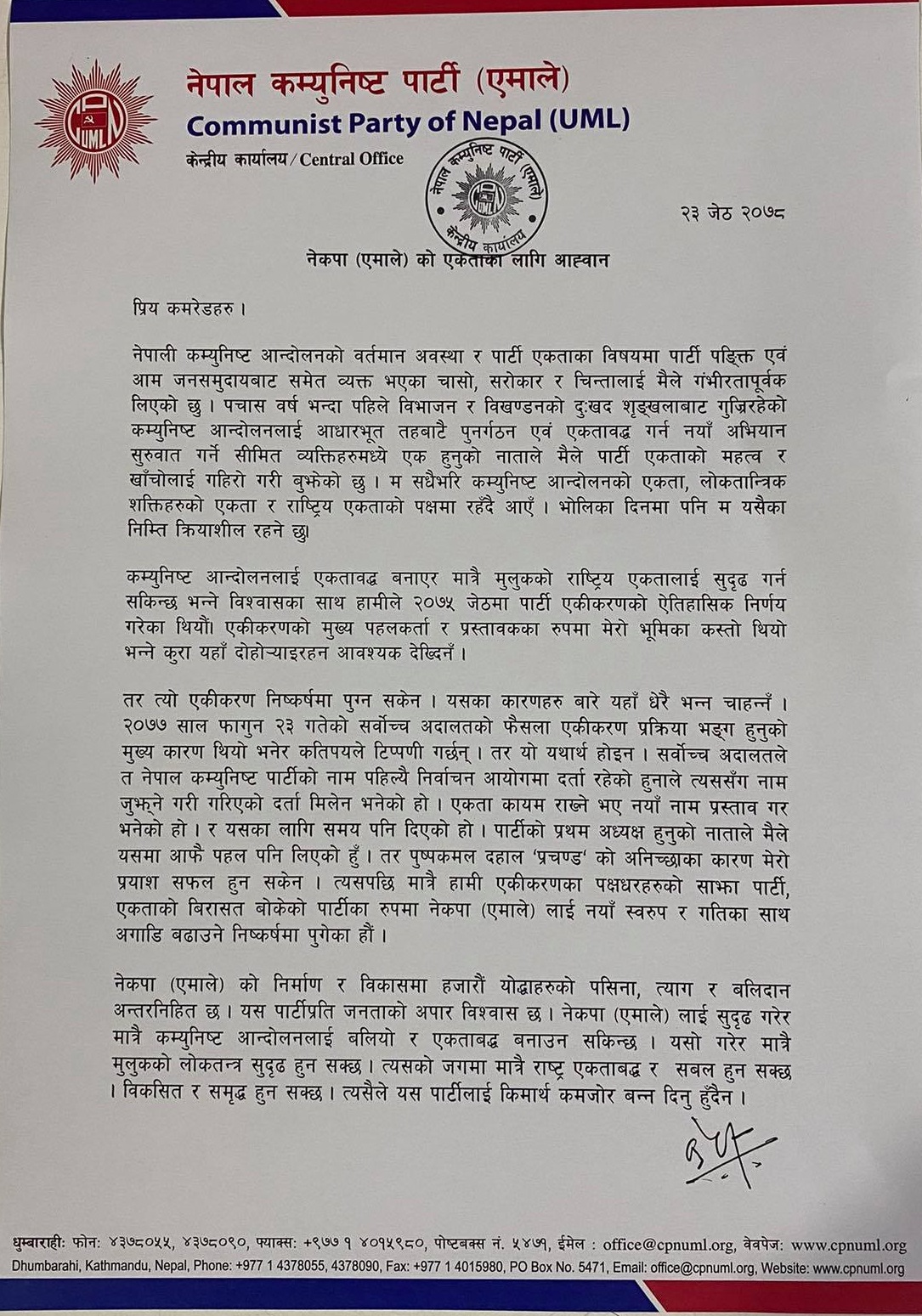 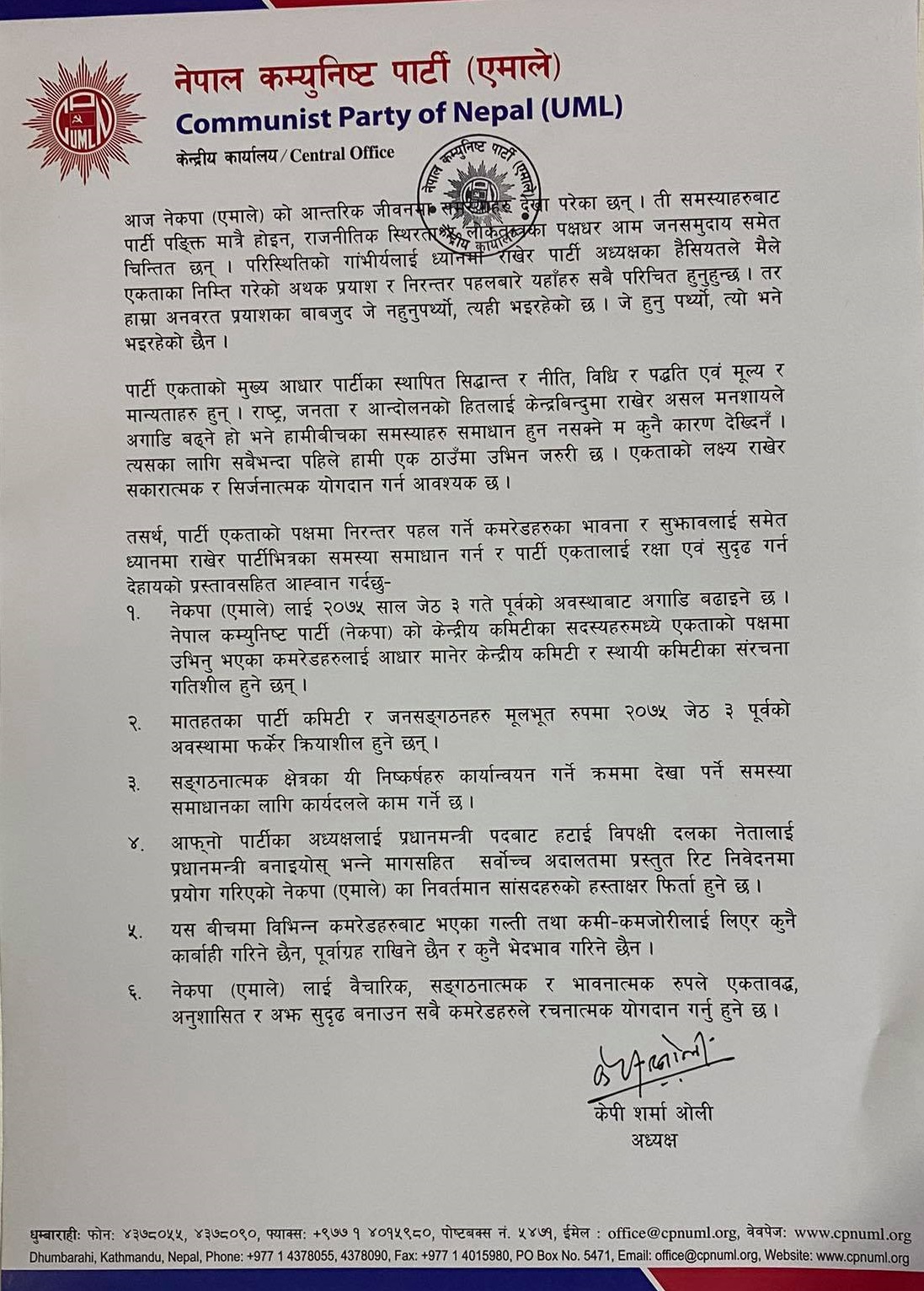