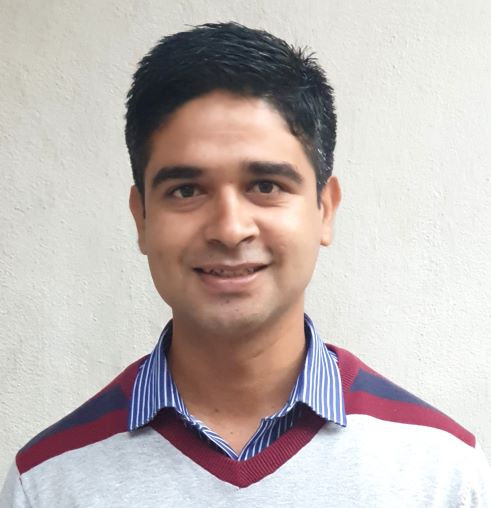 Governments and people around the world now are fighting against the newest threat to humanity. As with other disasters and emergencies, COVID-19 has differential impact on people who are affected disproportionately based on various intersecting factors such as gender, geography and socioeconomic status.

Students are among the hardest hit in the current pandemic. Many countries have imposed lockdowns causing schools and universities to remain closed. According to a UNESCO estimate, 1.7 billion students, or more than 90% of the world’s learners are forced to stay at home due to COVID-19 lockdowns across the globe. The government of Nepal enforced the nationwide lockdown starting March 24 further extending this until May 7. Schools and universities are closed and examinations are halted including Secondary Education Examinations (SEE) and grade 11 and 12 examinations. Over 35,000 schools are currently closed and over eight million students are staying at home. There is growing concern and confusion among teachers, parents and students over the future of education amidst the uncertainty resulting from the global pandemic.

Educational authorities are having rounds of discussions with educators and experts as to what should be the education modality to cope with the situation.  Some private schools have already opted to go digital and operate online classes. This has triggered a debate among the expert community suggesting how to take advantage of this opportunity to utilize technological advancements and bring schools to students’ homes through computers, mobile phones, tabs and other media. But some experts indicate the detrimental impacts online schools may have on the pre-existing digital divide in the country.

This decision by some of the private schools, although preparedness for online classes is questionable, has left parents particularly confused. Shanti Nepal who went back to her village with her sons in Kavre after the schools were closed, is now debating whether she should come back to Kathmandu, as her son’s school has decided to resume classes through online platforms. Other parents in her neighborhood were also notified by their children’s schools about online classes and some of them have returned to Kathmandu hiding in vegetable transporting vehicles disobeying the lockdown and risking the COVID-19 contagion. One man, who traveled back to Kathmandu with his family members hiding in a vegetable truck, shared that “I am worried that I may not be able to help my daughter as I lack knowledge and skills required to facilitate the online classes even though we have access to a computer and internet at home”.

This exemplifies that even the parents and students of those having access to resources in cities are not fully prepared for and are in a dilemma regarding online classes.  The schools, teachers, parents and students of public schools in villages are in particularly difficult situations as many lack computers and internet. In light of insufficient preparation of educational stakeholders and a huge number of parents and students that do not possess resources required for digital education, the introduction of online classes may well worsen the digital divide.  Educational inequalities between well-resourced and under-resourced schools that have pre-existed in our education systems are also exacerbated. This further creates inequalities in the society.

The digital divide refers to the gap between people and regions that have access to modern information and communications technology, and those that don't or have restricted access. This technology can include telephones, televisions, personal computers and the internet. The Merriam-Webster dictionary defines a digital divide as “the economic, educational, and social inequalities between those who have computers and online access and those who do not”. The digital divide typically exists between those in cities and those in rural areas; between the educated and the uneducated; between socioeconomic groups; and, between the developed and developing nations globally. Even among populations with some access to technology, the digital divide can exist in the form of performance of computers and devices and speed or reliability internet connections.

According to the 2011 National Census, only 7.28% of households owned a computer and as little as 3.33% had household internet connection. Ownership of radio, television and mobile phones stood at 50.82%, 36.45% and 64.63% respectively. The Nepal Media Landscape Survey carried out by Sharecast Initiative Nepal in 2018 illustrates that ownership of radio sets and mobile phones has increased to 59% and 98% respectively. Similarly, the survey shows that 72 percent of households in Nepal own a TV set and nearly 60 percent of people watch television every day. While the ownership of these household amenities has increased dramatically since 2011, the disparity in the distribution of these resources between urban and rural areas, and across classes is still high.

The equipment and facilities online classes require surely are not affordable for many people even in the normal condition in countries like ours where 24.8% of the population is living under the poverty line, according to the Nepal Living Standards Survey 2010-11 considering people living under $1.25 per day poor. The purchasing power of many people in Nepal has been further reduced as many have lost their jobs due to the global pandemic and are finding it extremely difficult to provide for their families. Unavailability of the resources required for e-learning may leave out many children from the education system. Children out of school are most likely to be engaged in activities that are harmful to their social, physical and emotional development, e.g. become child laborers to help their parents financially.

Similarly, online classes may have detrimental impact on the existing educational inequalities especially between the students of public and private schools. Out of 29,000 public schools in Nepal, only 13% are equipped with computer labs and internet facilities. On the other hand, going to the schools that are technologically equipped also does not guarantee that the students possess this equipment at home. Therefore, making online classes inclusive and accessible particularly to poor families and those living in rural areas is an uphill climb that the education system needs to make.

Thinking constructively, the coronavirus crisis has also provided an unprecedented opportunity to redefine the education system. This calls for: 1) massive investment to increase access to a computer, internet and other equipment particularly among economically poor families; 2) carefully planned strategies in consultation with education experts and learning from the best practices around the globe; 3) well-coordinated context-specific efforts from education authorities and three tiers of government; 4) accessible and affordable services from telecommunication and internet service providers; 5) upgrading the technical know-how of teachers and incentivizing creativity and innovation; and 6) effective use of radio, television and telephones in distance learning.

This time should be taken as an opportunity to decide the face of future learning.  As the feeling of confusion dwells among education stakeholders, a new modality of education may easily get through and become familiar in a short time. Therefore, education authorities should introduce digital learning that will make sure that education does not have to wait until the pandemic is over. It will also ensure that students leap forward in different learning models which will bring them into a bigger pool of knowledge to survive in a digitalized world. In doing so, we need to ensure that the alternative modality of education will not amplify inequalities by putting under-resourced students at a greater disadvantage than those of wealthier families.