Issuing a statement a few hours after Speaker Agni Sapkota wrote to the President's Office informing that Prime Minister (PM) KP Sharma Oli has failed the floor test in the House of Representatives (HoR) Monday evening, the President's Office has invited two or more than two parties to form majority government as per Article 76(2) of the Constitution by nine Thursday night.

The motion for confidence vote presented by PM Oli received only 93 votes on Monday while 124 lawmakers voted against the government and 15 decided to neither support nor oppose the motion.

Twenty-eight lawmakers of the Khanal-Nepal faction of CPN-UML did not attend the House proceedings despite the ruling party issuing a whip instructing all the lawmakers to vote in support of the motion.

The current strength of HoR is 271 after Maoist Center expelled four lawmakers who joined CPN-UML after the Supreme Court (SC) invalidated unification of UML and Maoist Center on March 7.

Ruling UML currently has 121 lawmakers, NC 63 (but two are suspended), Maoist Center—that earlier Tuesday decided to withdraw support from the Oli government, has 49 (including Speaker), JSP 34 (including two suspended) and three lawmakers are independent.

The parties will have to muster support of 136 lawmakers to form the majority government as per Article 76(2) of the Constitution. 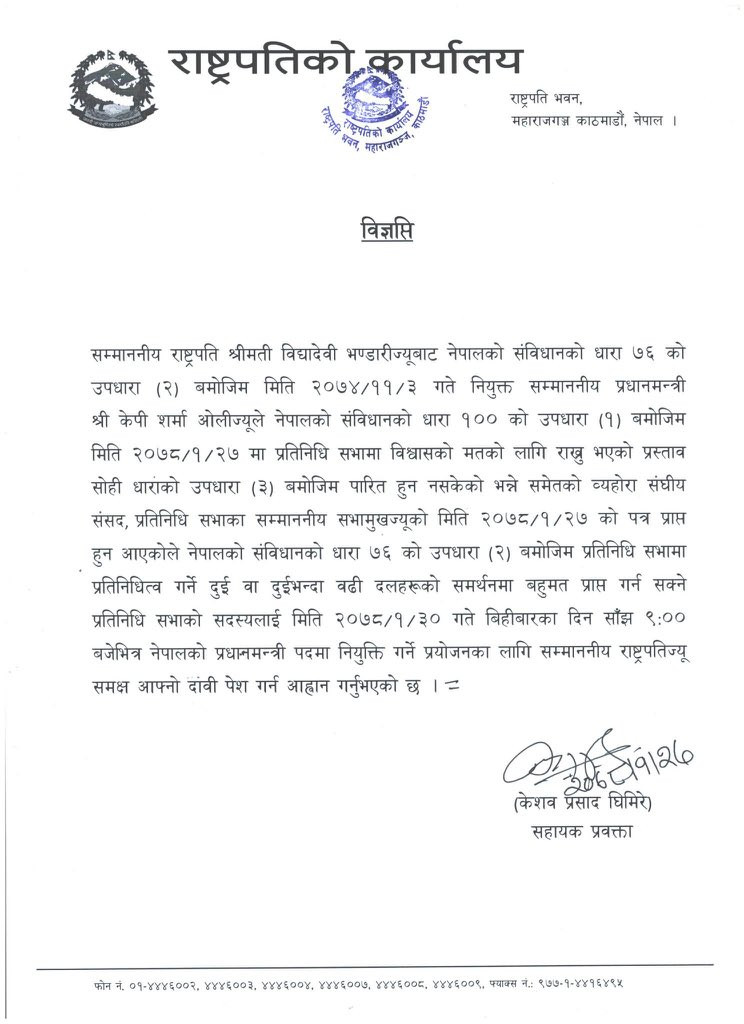