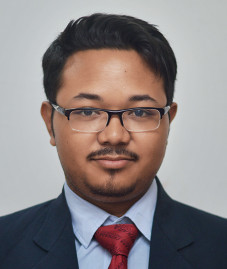 Nepal Sambat is one of the national calendars of Nepal traditionally associated with the Newa community and the Kathmandu Valley. It has, for the past 1,140 years, been a lunar-based calendar but recently, efforts have been made to introduce a solar calendar to bring uniformity and regularity. This year, a solar calendar was devised and released by activists which has come into effect from October 20. But, perhaps, it was a solution to an issue that nobody thought was a problem.

Nepal Sambat has been following its lunar roots for a long time and all the celebrations of festivals have followed the same calendar system ever since their inception. This means that Nepal Sambat (NS) calendar follows the phases of the moon as a basis of determining the date. This is also popularly known as ‘panchanga’ or ‘tithi’ system. Unlike the solar calendars, lunar calendars have been found to be very irregular, the cause of which may be because they do not follow the leap day system and instead rely on a leap-month system. Since NS is based on this system, the New Year’s Day for it (Nhu dan) has been usually celebrated on the day of ‘Mha Puja’ in the Newa community. This has always been a problem for many people who want to tie some event to a certain NS date, but since it keeps fluctuating, it can be highly unreliable for official usage.

A solution to this problem has recently been proposed by a few enthusiasts, which involves the adoption of the solar calendar system instead of the lunar counterpart, so that the dates become more regular. This may be seen as a great solution for the particular problem but it might in fact come as a potential problem for the Newa community that relies on the lunar calendar system to follow certain festivals. October 20 has been marked as the New Year’s Day for NS 1140, which creates a plethora of problems and disputes related to when these festivals should be celebrated.

Taking a look at how the lunar calendar system came to be the official calendar for celebrating most Newa festivals, it seems that it is the calendar system which is most in line with the seasons. This might have become so as a result of the agricultural past of the Newa community. In the past, the Newa community was a self-sustaining one where people were given different occupations based on their skills, which was passed down for generations. This also included agriculture and farming as a profession. Nepal experiences four major seasons, which made it a necessity for the farmers to majorly cultivate and produce seasonal crops. This is why it is no surprise that a few crops and dishes are prepared and consumed only on particular occasions and seasons; when the crops would have been harvested. For example, ‘quati’ is a soup which consists of nine beans and lentils, is highly nutritious and helps in boosting the immune system of the human body. This is only prepared on ‘Gum Punhi’/’Janai Purnima’ by the Newa community, which is exactly when these beans and lentils would have been harvested and produced in the past.

In today’s modern world, people no longer need to wait for a certain occasion because of the boom of trade and there is no necessity for a self-sustaining community. However, if we look at the NS calendar predicted by the astrologers, they are still seen to be more in line with the seasons than the solar calendars, despite the effects of climate change and global warming. This knowledge of the lunar calendar is what our ancestors had left us with, and is what we base our festivals on. Changing this to a solar calendar may not be accepted by the general population because it cannot incorporate such events. A solution for this may be to incorporate the NS dates on the basis of the solar calendar but celebrate the festivals based on the lunar calendar. This seems to be the most viable solution for this problem.

However, Nepal already has its own luni-solar calendar, Bikram Sambat. Having to juggle between the Gregorian solar calendar and the Bikram Sambat alongside the lunar Nepal Sambat sounds complicated enough, so why would the general public want to adapt to the solar NS anyway? It brings nothing new to the table for the common man except additional unnecessary confusion. The step taken to establish NS as a mainstream official calendar is a welcome one, but to the eye of a common person, it may look like the solution to a problem that never existed and one that creates more confusion. To the person, it looks like a plot to rob him/her of his/her culture by making an unauthentic version of NS, official in the name of conservation of cultural heritage.

There have always been people who have asked to make the NS the mainstream calendar for official use because other calendars do not incorporate all the festivals and occasions, but removing the festival element just to incorporate it as mainstream seems like an unwanted solution that defeats the original purpose. It may not be the most practical thing to implement NS as a mainstream calendar because it is very irregular. However, its original lunar version can be made the official calendar for festivals as a way to make it mainstream and as a step to conserve the culture that has been passed down by our ancestors. It makes more sense to do this as Bikram Sambat also has a lunar aspect already associated with it.

Taking all of the information into account, many people may not accept the solar NS calendar even if it gets the official green flag. This may create a dispute in the near future among the people in our Newa community which is the exact opposite of the original purpose of establishing a solar NS. The Newa community today seems to be very confused and hence divided when it comes to conserving the culture that has been passed down as some of it may not be largely practical in the modern world. The best way to move forward seems to be to compromise among the old values and replacing impractical ones with new values, but for most people from the older generation, change is not very acceptable and hence results in a divide in the mostly unified Newa community. This is the reason solar NS might be unacceptable for many Newa people.

(Tuladhar is a data science student at Asian Institute of Technology, Thailand)