CPN-UML has clarified that the member of the Finance and Planning Committee of CPN-UML listed as M Adhikari is not Nepal Rastra Bank (NRB) Governor Maha Prasad Adhikari.

Governor Adhikari had written to UML urging the main opposition party to dispel what he called false information that he was the said M Adhikari after ruling party lawmakers slammed him for being a party member while leading an autonomous and neutral body.

Secretary at UML's central office Bhishma Adhikari has responded to that letter in writing on Thursday claiming that the member of the Finance and Planning Committee of CPN-UML listed as M Adhikari is not Governor Adhikari. UML's letter also points that the party does not have policy of appointing any person in government service in party departments.

The UML letter, however, does not reveal who that M Adhikari actually is. 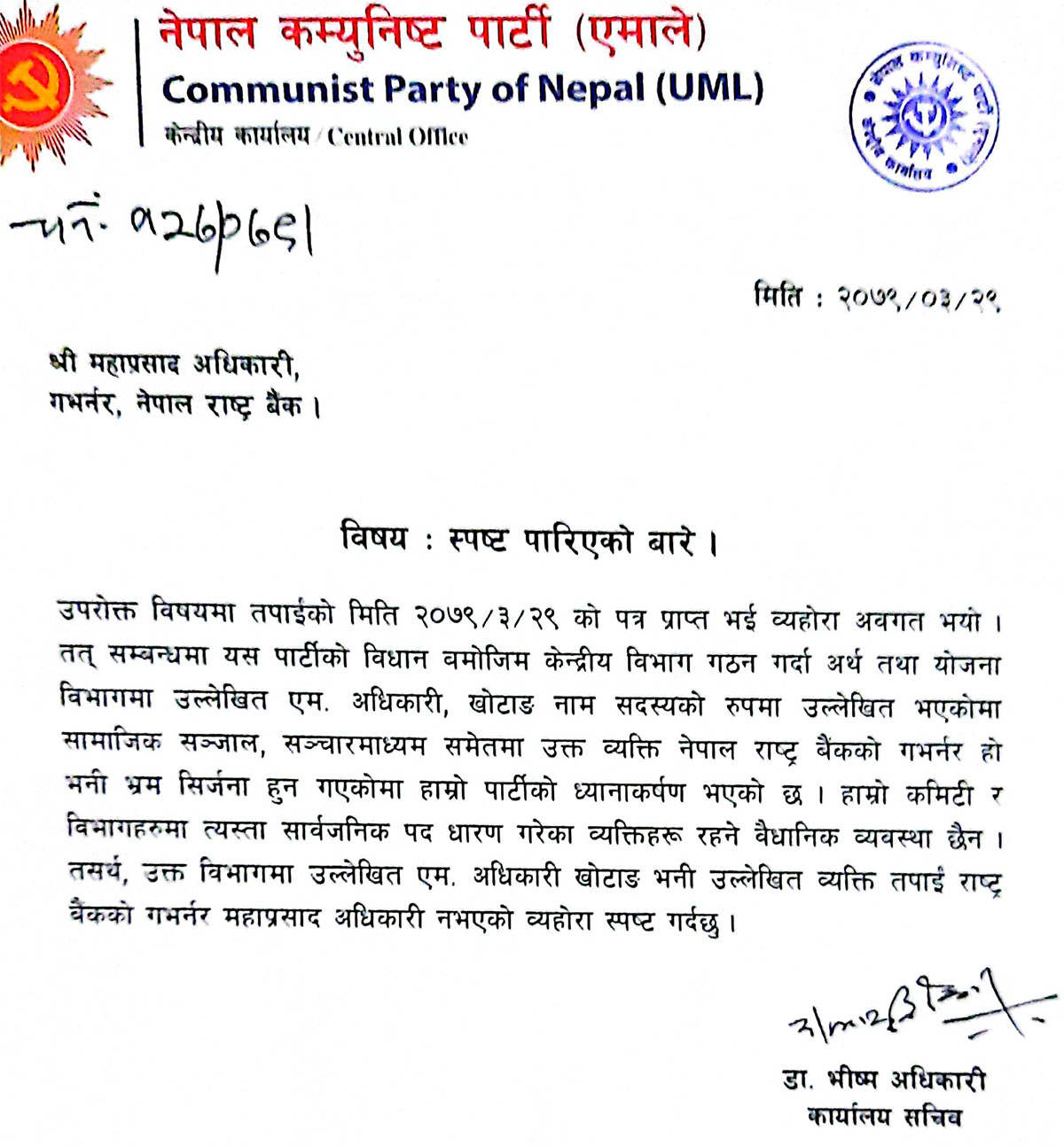 Rabindra Mishra's group, RPP unify
Occupied Ukrainian regions to ask Putin to annex them
NC discusses correction of PR list
Government raises retirement benefits of Acting CJ Karki
Onsari Gharti or Kulman Ghising – who will be the Maoist candidate from Kathmandu-2?
NC to get 7 out of 10 seats in Kathmandu