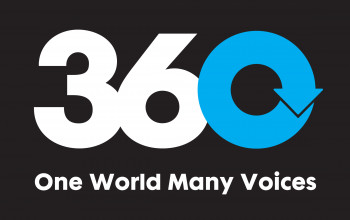 Membership of the United Nations Arms Trade Treaty (ATT) is on the up: 111 countries have ratified the agreement since it came into force in 2014, and a further 30 countries have signed it. The Philippines is the newest member, joining in March 2022. However, the treaty’s efforts to regulate the transfer of conventional weapons continue to be questioned, ignored and breached – by the ATT’s signatories as well as by other powerful nations.

August 22-26 will see State Parties to the ATT holding their eighth annual conference in Geneva to discuss its future and its major challenges.

All parties to the ATT are required to provide annual reports detailing their trade in conventional weapons in the preceding year. But, with its rising numbers of signatory states, the proportion who comply has fallen from 84 percent in 2015 to just 52 percent in 2021. This means nearly half the signatories are not submitting these reports or do not trade in conventional weapons, which means their actions have little import for the treaty’s aims and objectives. This apparently waning commitment makes the ATT’s growing number of state parties almost irrelevant.
Interactive: who supplies and receives arms across the globe?

No doubt most international conventions have similar limitations and, especially when not supported by major powers, they become vulnerable to breaches. But the ATT has failed to draw into its fold both world’s major importers and exporters of conventional arms. The world’s largest producer and exporter of conventional weapons, the United States, signed the ATT in 2013 but has never ratified it. In April 2019, President Donald Trump announced the US would be “revoking the effect of America’s signature” from the ATT. (The treaty has no such provisions other than withdrawal with advance notice.) President Joe Biden has not yet made any statement about President Trump’s ‘unsigning’. Russia, another major exporter has not signed it yet and remains outside its remit. China had joined it in July 2020 but the world’s largest importer, India, is also yet to sign it.

It is not that powerful nations have had no interest in regulating arms trade. They have been especially effective in responding to the threat of weapons of mass destruction (WMD) that they believe threaten their own security. They have imposed strong regulatory regimes on transfers of WMD including ballistic missiles and even on proliferation of their technologies, materials and know-how. Likewise, thanks to major powers’ expensive WMD modernization programs, their related arms-control seems to focus only on those weapons they were already planning to discard. This has allowed them to ban those WMDs that less powerful nations were still struggling to invent or acquire, thereby ensuring their security by widening the gap between less powerful nations’ inventories from these dominant nations’ own arsenals. Amongst major WMD-possessing nations, their mutual arms control has been aimed at ensuring robust deterrence through mutually assured destruction strategies disincentivizing initiating an unwinnable nuclear conflict.

The lure of financial and political windfalls from the conventional weapons trade has made the ATT’s task a difficult one. Therefore, states and non-state actors continue to fight each other with weapons on both sides supplied by the same manufacturers.

The ATT indeed gets further circumscribed by the fact that it seeks to control weapons transfers, especially to state and non-state violators of humanitarian laws, while its remit remains limited only to its state parties’ voluntary actions. Even there, the treaty does not interfere with signatory states’ domestic production and distribution or discourage their exports or use of weapons for self-defense. The ATT depends on signatory states voluntarily enacting national laws to prevent their exports of what the ATT defines as lethal weapons to what it deems to be violators of international norms and conventions; organized-crime cartels and terrorists being easy examples.

Following the framework of the UN Register of Conventional Arms, established in 1991, the ATT expects signatory states to submit annual reports on their imports and exports of conventional weapons. Collectively this can help ATT showcase data on broader trends and influence global public opinion against illegal and illegitimate weapons transfers. But as decades of debate has shown, these submissions have remained vulnerable to subjective national perceptions and priorities. States have subjectively interpreted definitions of illegitimate and illegal weapons transfers, which has limited their adherence to ATT’s objectives.

It has been nearly impossible to build consensus on preferred guidelines for what constitutes illegal arms transfers and how these should be regulated. One country’s terrorists are another country’s freedom fighters. Nations are often seen supporting groups and nations that others see going against agreed norms and laws dealing with transnational crime and cross-border terrorism and insurgencies. New weapons technologies — even within the domain of conventional weapons — present another complex and constantly unfolding set of challenges for the interpretation of ATT provisions.

While expanding the number of signatories to the ATT may have its merit, it is perhaps time to focus on strengthening its efficacy amongst its signatory parties. The eighth ATT conference must revisit their strategies and basic assumptions to explore why powerful states continue to defy its logic. That would be an important step towards ensuring greater control over the world’s increasing inter- and intra-state violence.

(Swaran Singh is Professor of Diplomacy and Disarmament at Jawaharlal Nehru University (New Delhi) and currently Visiting Professor at the University of British Columbia in Vancouver, Canada)