Modi-fication of Oli politics: A tale of two puzzles How Hindutva politics is being used to neutralize China amid pandemic 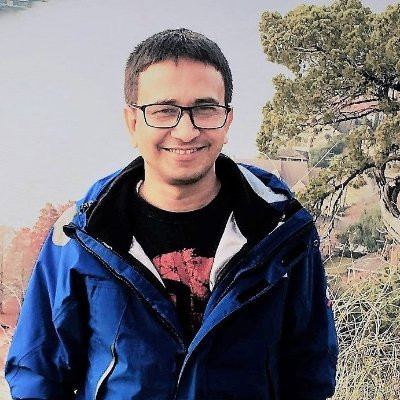 The deep political division in the recently formed Janata Samajwadi Party (JSP), which claims to represent the ethnic minorities across the hills and plains of Nepal, seems to have befuddled the political crystal gazers of Kathmandu.

The Mahantha Thakur-Rajendra Mahato faction of the JSP threw its weight behind Prime Minister (PM) KP Oli in a recent vote of confidence in the parliament, neutralizing the possibility of forming an alternative government by opposition parties.

Thakur, despite his penchant for nepotism, is a respected political figure and claims to represent the Madhesis who feel excluded by the exclusionary nature of Nepali nationalism based on hill ethos. Oli, on the other hand, is at another extreme of the political spectrum who is perceived to have thrived on the same nationalist rhetoric.

The Thakur-Mahato faction has defended the move by claiming that the withdrawal of cases against those implicated in the Madhesh violence during the political transition is a proof that Oli has addressed the demands of the Madhesis “at least partially”, and that he cannot stab Oli on the back by joining an alternative government.

But declining to take charge of some lucrative ministries in Kathmandu is something that hardly makes sense for ethnic parties that tend to be highly dependent on clientelistic politics for political survival. Now the question is: does the Thakur-Mahato faction have an alternative vision for its political survival?

The second puzzle is the low profile of an otherwise hyperactive Chinese Ambassador to Nepal Hou Yanqi even as Nepal seems to have headed for an uncharted political territory – something that Beijing could have perceived as concerning for its security policy on the periphery in the changed geopolitical context. This is also in stark contrast to the previous wave of pandemic when she had raised hope of an adequate flow of Chinese medical aid to Nepal if required. The second wave of pandemic is now sweeping across the country, hospitals are running out of basic medical supplies, grieving families are mourning loved ones laid on funeral pyres, and social media walls are full of obituaries. Yet, ambassador Yanqi is no longer seen holding meetings with Nepali politicians in their residence in Kathmandu depriving the Nepali media of speculative stories about potential “Chinese plot to replace India in Nepal” that often send chills down the spine of Babus in New Delhi and invite knee-jerk responses from the Indian media to the delight of Twitterati in Kathmandu.

Nor is Nepal clearly seeking help from China for medical supplies despite Oli’s presence on CNN to draw the US attention to the unfolding crisis in Nepal and his subsequent article in The Guardian appealing to the UK government for immediate help. China is perhaps in the best position to help Nepal at this moment, though both countries are our important partners and the US has, in particular, significantly helped Nepal. Yet, Oli made no such appeal to China which may have otherwise been obliged to respond to this crisis more effectively. Our prime minister’s open letter for help to a country that is seven seas apart, despite our historic ties, while ignoring the next-door neighbor must have baffled the Chinese who are increasingly embroiled in a major power rivalry and disputes over the initial handling of the pandemic. Equally baffling and shameful was a letter sent by Nepal to India a few weeks ago, seeking medical help such as oxygen supplies when India itself was reeling under acute oxygen shortage.

What do these two puzzles have in common, anyway? Putting these two pieces of puzzles together may provide a better picture of the big puzzle that is the Oli regime and may explain several other Oli moves that are puzzling even for those who have long been observing Nepali politics and society closely.

Oli seems to have taken a new political turn from at least the time of Nepal visit by Samant Goel, chief of India’s intelligence agency Research and Analysis Wing (RAW) last year, as reported by several media outlets. Interestingly, Oli has maintained total silence on the disputed issues between Nepal and India since their meeting and the new so-called pointed map of Nepal has vanished from the official discourse. It appears that Oli’s rapport with the Indian PM Narendra Modi was facilitated by the network of Rashtriya Swayamsevak Sangh (RSS), a militant wing of India’s ruling Bharatiya Janata Party (BJP), leading to his transformation from a violent Leninist to a disciple of lord Shiva who defies the basic logic of science during pandemic. There are indications that he hopes to rule Nepal through a dominant party built along the image of BJP.

Leaders from the former Rashtriya Janata Party (RJP)—such as the Hindu high caste leaders of the JSP like Thakur, and other like Mahato—look eager to embrace Oli as coalition partners in the new game of Hindu politics. It is worth recalling that the RJP had shown a dubious commitment toward secularism before it merged with its former rival in the plains, Federal Socialist Party, Nepal. In fact, Madhesi parties are already in trouble and are looking for ways to make a comeback.

Without full political support from JSP to an alternative government, Oli however seems confident that the country would head for fresh elections. Not surprisingly, another ardent supporter of fresh elections is Kamal Thapa who wants to revert Nepal to a Hindu kingdom. With these potential coalitional parties, Oli hopes to sweep elections in the Madhesh while maintaining his support in the hills that have long remained a bastion for communist politics.

This should explain why the Indian sadhus furiously attacked Oli when he first declared that Ram was born in Thori of Nepal, but have remained silent over the dispute in recent times. The only plausible explanation is the ideological evolution of Oli from Marxist-Leninist stalwart to Hindu nationalist.

Not surprisingly, Oli seems to be in a hurry to inaugurate half-built concrete structures or the structures that will perhaps never be built. His government inaugurated 165 strategic roads without conducting environmental impact assessments and detailed project reports, and 306 hospitals that have been inaugurated but mostly forgotten since then. Much louder is his inauguration of yet-to-be-completed Dharahara that lit up the night sky amidst a deadly pandemic. After all, Hindutva and development are two pillars of Modi politics that Oli seeks to emulate in Nepal. And, after his rapport with India, Oli is following India’s China policy in Nepal, too – that is keeping China out if its security perimeter, the Himalayas.

The RSS imagines Nepal a part of the Akhanda Bharat (indivisible India) and have traditionally drawn inspiration for politics of Hindu state in India from Nepal. The Modi regime feels more vulnerable to the growing influence of the post-pandemic China in its periphery. But, as the second wave has totally paralyzed India, Oli could be a useful person to minimize the potentially growing Chinese influence in Nepal.

With the help from India, KP Oli also seems to have snatched away the agenda of Hindu politics from former king Gyanendra and is using to shore up support for himself. But political strategies, however sound they may look, often fail. After all, the Hindu king himself was dethroned in Nepal, though one may argue that the context has significantly changed now. In contrast to what happened in India, Nepalis do not have any enduring collective memory of foreign invasion or occupation. Nor do we have the trauma of massive religious violence or partition of the country. But, religious violence could be a convenient way to mobilize the majority especially in the run up to elections, as evidence from India shows. Hindutva politics may fail in Nepal and may even prove to be a joke, but that doesn’t mean that it will not push the country toward religious violence and authoritarianism. But the immediate concern is that the geopolitical game seems to have paralyzed us from taking help from all other countries including China.

Don't change election laws or date without consensus
Nadir of ignominy for Deuba and Rana
Ordinance to split parties: Wrong then, wrong now
Reckoning with discrimination
Varna system: An ancestral relic not to be passed on to the next generation
Fire Minister Shrestha or swear allegiance to caste system