Time for Nepali banks to invest in circular economy 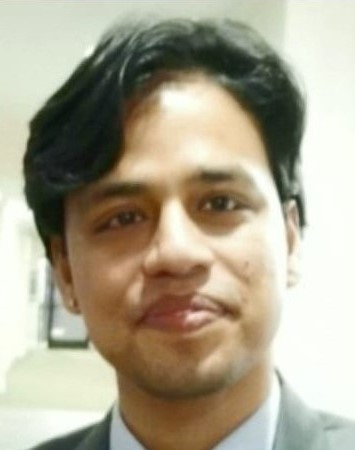 The contemporary pattern of production and consumption has a plethora of drawbacks. Human civilization is using resources 1.7 times quicker than the earth can produce, and very soon we shall be in a state of extreme ‘resource deficit.' It has become an imminent necessity to shift from the current mode of linear consumption which focuses on ‘take-make-dispose’ to the circular economy model which concentrates on ‘take-make-reuse.'

The circular economy is a closed-loop, restorative and regenerative strategy which emphasizes the sustainable use of resources for achieving the 'common good.' Its effective implementation fosters resource efficiency, reduces dependency on resource extraction, buffers against price volatility, reduces costs embedded within production, and eliminates geopolitical tensions. The circular economy model not only promotes an environmental agenda and waste management, but it also opens the world to numerous business dimensions like a ‘sharing economy’ and performance-based business modalities.

However, the shift to a circular economy may not be simple, as it requires financial as well as non-financial resources, expertise and in-depth knowledge of product and process restructuring and redesigning. Banks and financial institutions (BFI) can bridge these gaps by investing themselves (for circular banking operations) as well as lending to companies eager to go circular. Leaning toward a circular economy is not only an opportunity for the BFIs, but unequivocally becomes a responsibility as well.

Globally, governments, business houses, as well as banks have started on the ethos of circularity. This not only comes with challenges but also with tremendous social, economic and environmental opportunities. The manifestation of circular economic principles which leads to sustainability can be easily seen in the European Union. The United Nation’s Business and Sustainable Development Commission has forecasted sustainability market to be worth US$ 12 trillion a year by 2030.

Nepal being a net importing country, the role of banks and financial institutions to promote a circular economy could be even more crucial.The effective lending by BFIs to businesses not only would smoothen the transition to a circular economy but would also create a win-win scenario to all stakeholders involved. For banks, a circular economy would be a productive domain which could enhance their brand through ‘responsible banking.' In the meantime, the circular model would bring economic gains to companies with a reduced cost of production and longer use of limited resources which the earth is losing rapidly.

But all the models of transitions to circular modalities might not be promising. Hence existing as well as new business ventures should have a rigorous product and process audits. It would help the businesses to come across the risks and returns associated with the transition and banks could start investing in them after assessing them. Throughout the process, the BFIs could facilitate business with their circular expertise and for this to happen BFIs should also be well-acquainted with circular economy concepts.

The scope of the circular economy is limitless, and it takes numerous forms across industries. Banks and their professionals should be well aware of it. Some companies focus on 3R (reuse, remanufacture, recycle), some emphasize in the design of facilitating disassembling and component recovery from the very beginning and some sell their products as a service (performance-based economy). For example: company rents you the washing machine that is taken back by the company at its end-of-life, whereas some share the excess idle and unutilized resources (sharing economy such as with Uber, Tootle, Grab, and Airbnb), while some concentrate on renewable energies.

In this scenario where banks are often aligned with traditional lending and the risk is evaluated based on creditworthiness of the borrower and value of collateral pledged, a circular business borrower would be considered ‘high risk’ due to its newness. Further, in the Nepali market, people are acutely unaware of the circular economy, and it is not commercialized well enough. A strong level of public awareness and positive perception of a circular economy would boost the transition, but poignantly, as my previous research on comparative analysis between Nepal and the USA showed, less than 5 percent of sampled respondents knew about the circular economy and its organizational implications.

Moreover, pre-requisites and infrastructures like a well-developed secondary market, effective policies on extended producer responsibility (EPR), mature supply chains across industries to foster reverse logistics, cross-industry connection, and regulatory involvement are negligible which makes the realization of a circular economy insecure from the perspective of the BFIs.

But remarkably, some BFIs have started to offer green products which also signifies circular financing. The banks can still go further by financing circular projects as corporate debt, or as a lease or by restricting their lending on project which deteriorates the environment. It could also be financed through equity and debt financing (greenbonds) via capital markets. Or non-commercial finance like impact investors, a venture capitalist. BFIs could further launch products like green mortgages, green bonds, green corporate loans, green auto loans, et cetera.

Using a public-private partnership (PPP) model, government intervention that places the government as the guarantor can offload the risk for BFIs. Public-sector intervention with legislative and tax reforms can not only alleviate the risk of BFIs but could also trigger traction and investment in a circular field. Well-defined policies on EPR, 3R, sharing business models and palpable tax reforms would bring both the banks as well as businesses on the same table for circular sustainable practices which is a mandate to achieve sustainability, reduce material footprints and materialize the ethos of ‘common good’.

(Upadhayay is pursuing a Doctor of Business Administration degree at Westcliff University in California, US)