And then Balen was back with a bulldozer (Pictures)

Contrary to the Alfa Beta operator’s claims, the structures were found to have been built without blueprint approval.

KMC Mayor Balen Shah reached Alfa Beta Complex for a second time on Thursday with the building’s blueprint and a bulldozer to dismantle the illegal structures.

When the Alfa Beta operator sought 6-7 days to remove the structures, Kathmandu Valley Traffic Police chief Mira Chaudhary told him that it was not possible to give them that much time.

“You said in the morning that there were no unauthorized structures and now you’re saying that you need time. You cannot do that,” Chaudhary said.

Mayor Shah said that everyone had been given 35 days and now the demolition of unauthorized structures could not be stopped.

“We haven’t come and told you just today,” he said. “That’s your job.”

Mayor Shah had reached Alfa Beta Complex at New Baneshwor in the course of inspection of illegal structures built in the area on Thursday.

He ordered removal of structures in Alfa Beta’s parking space after they were found to have been built for business purposes. He asked Alfa Beta’s operator Dwiraj Sharma for the building’s blueprint, but Sharma said that he did not have it. The two then had a heated argument.

An angry Shah asked Sharma, “Am I supposed to have your building’s blueprint?”

In reply, Sharma said that Shah was acting like a “don”.

Shah later returned to Alfa Beta in the afternoon with the building’s blueprint and a bulldozer.

The metropolitan city demolished unauthorized structures built in front of Kathmandu Mall at Sundhara and RB Complex at Khichapokhari on Wednesday. It has given orders to remove illegal structures in other places too. 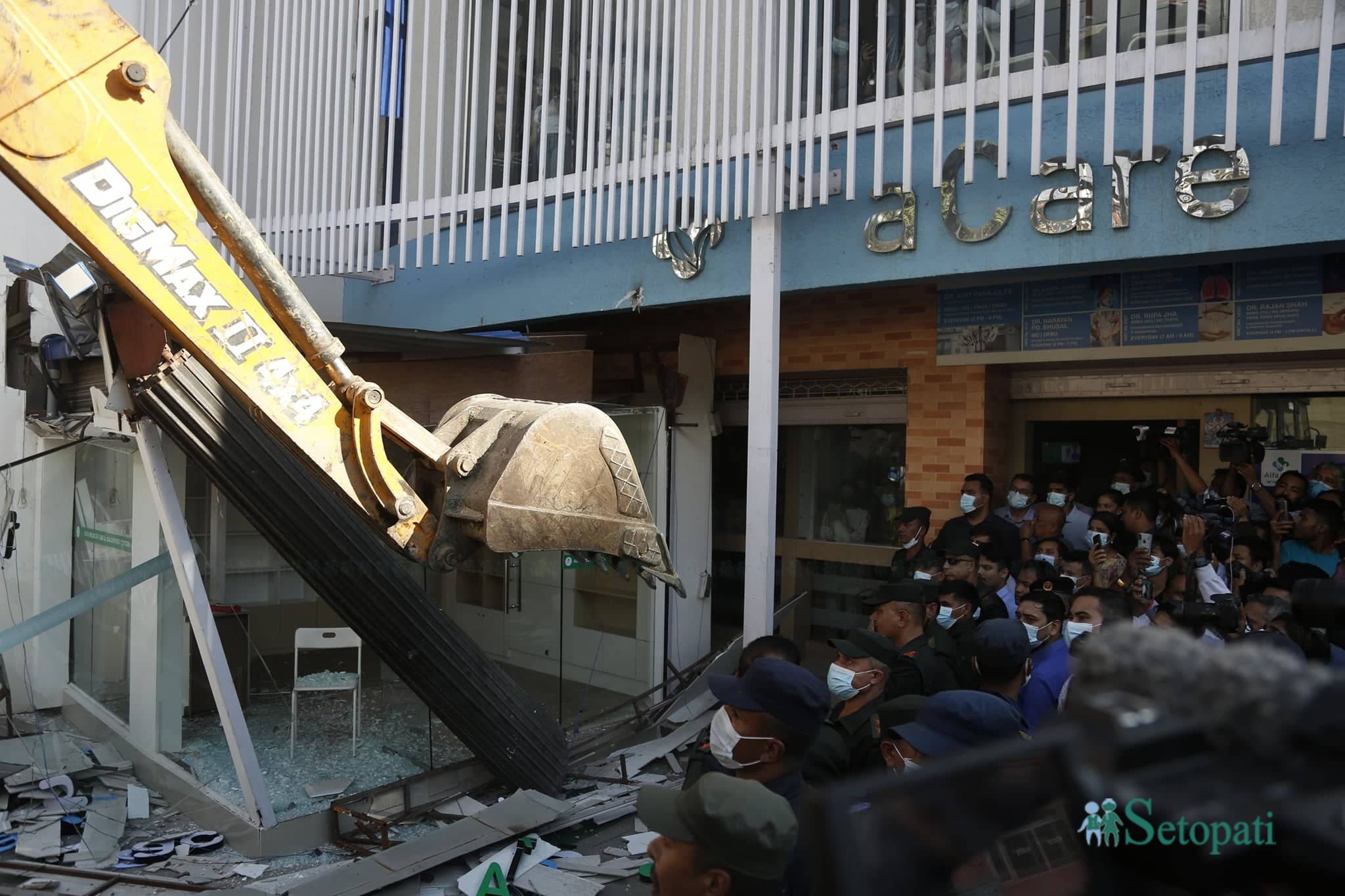 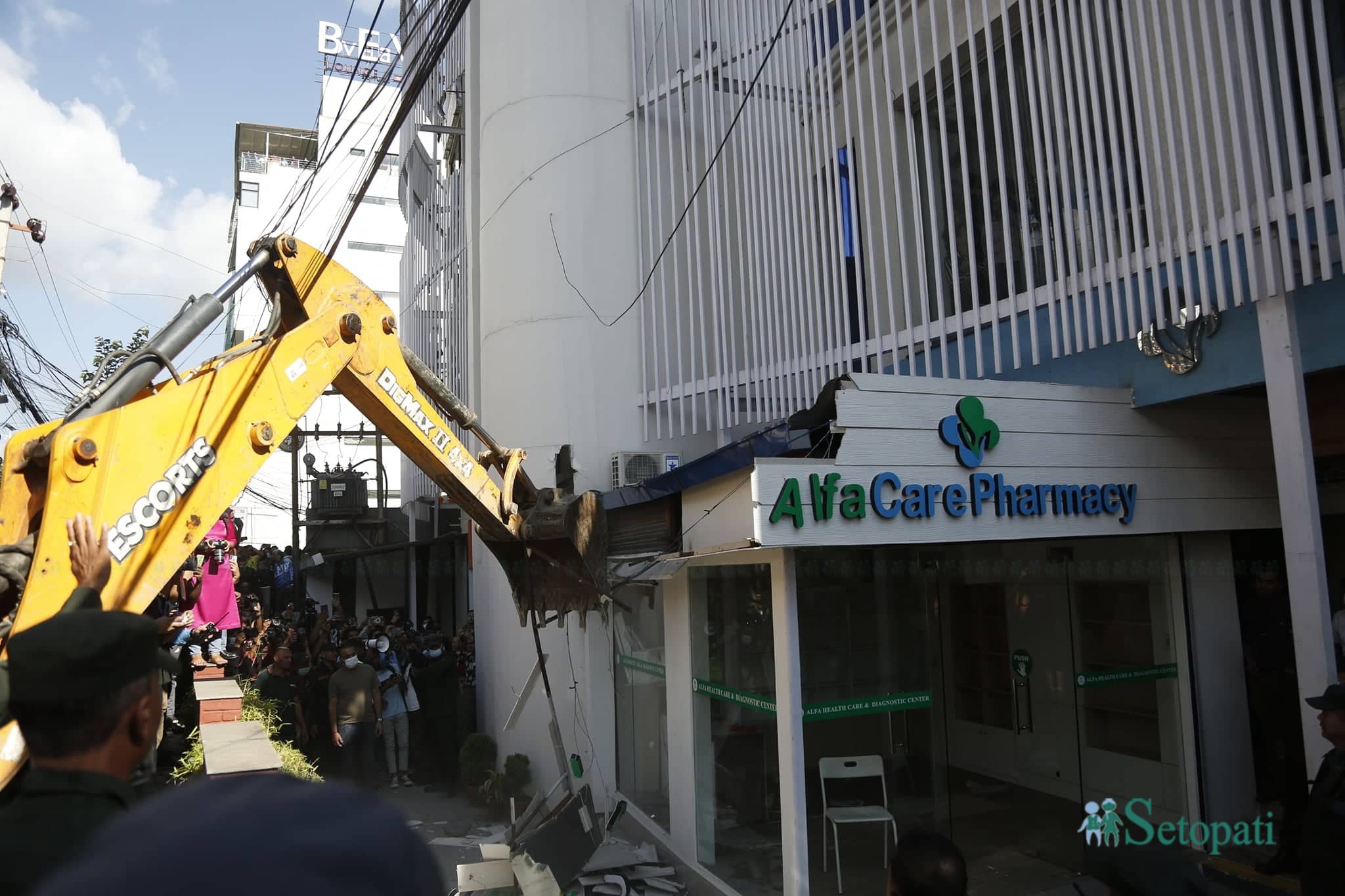 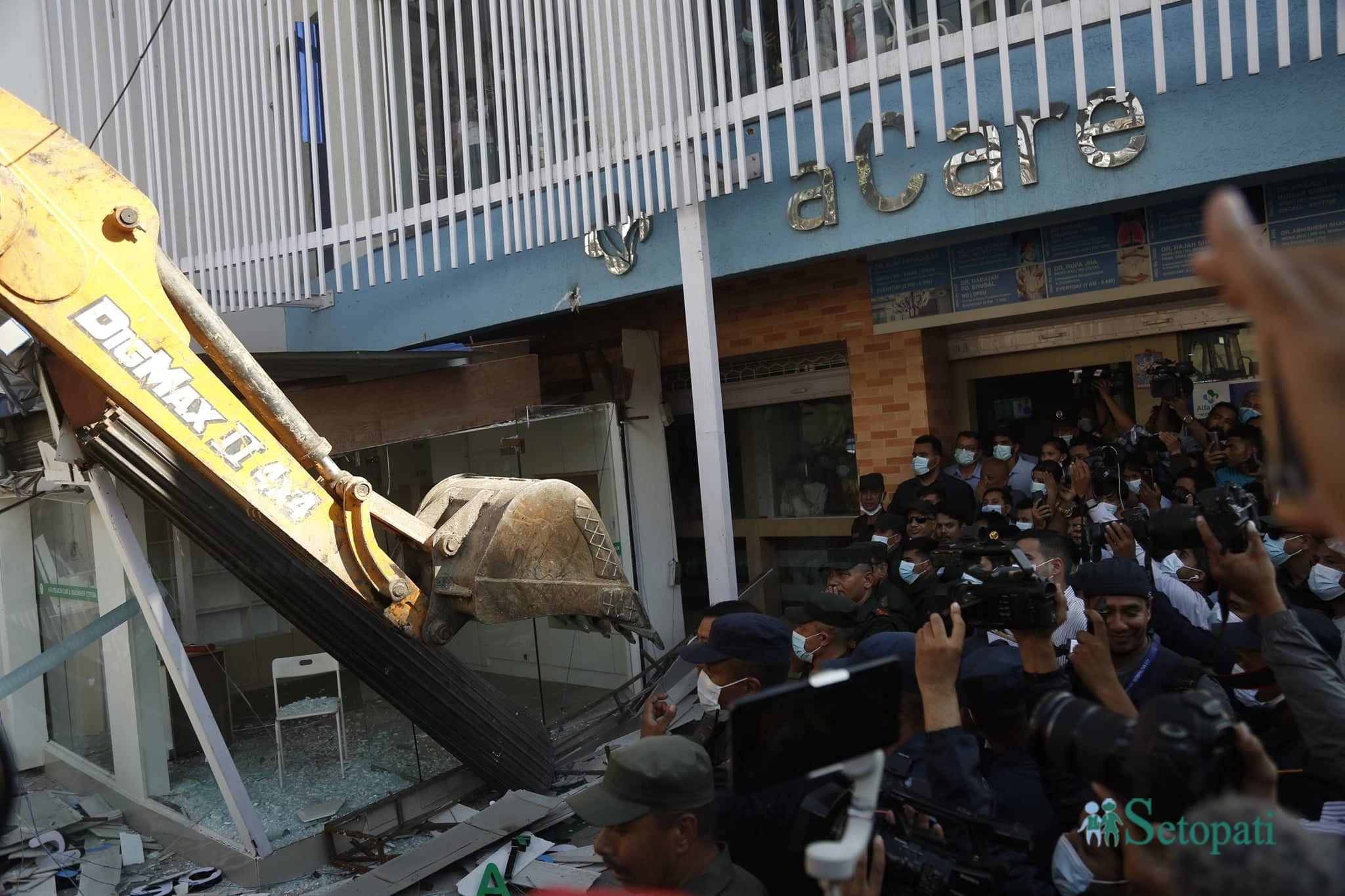 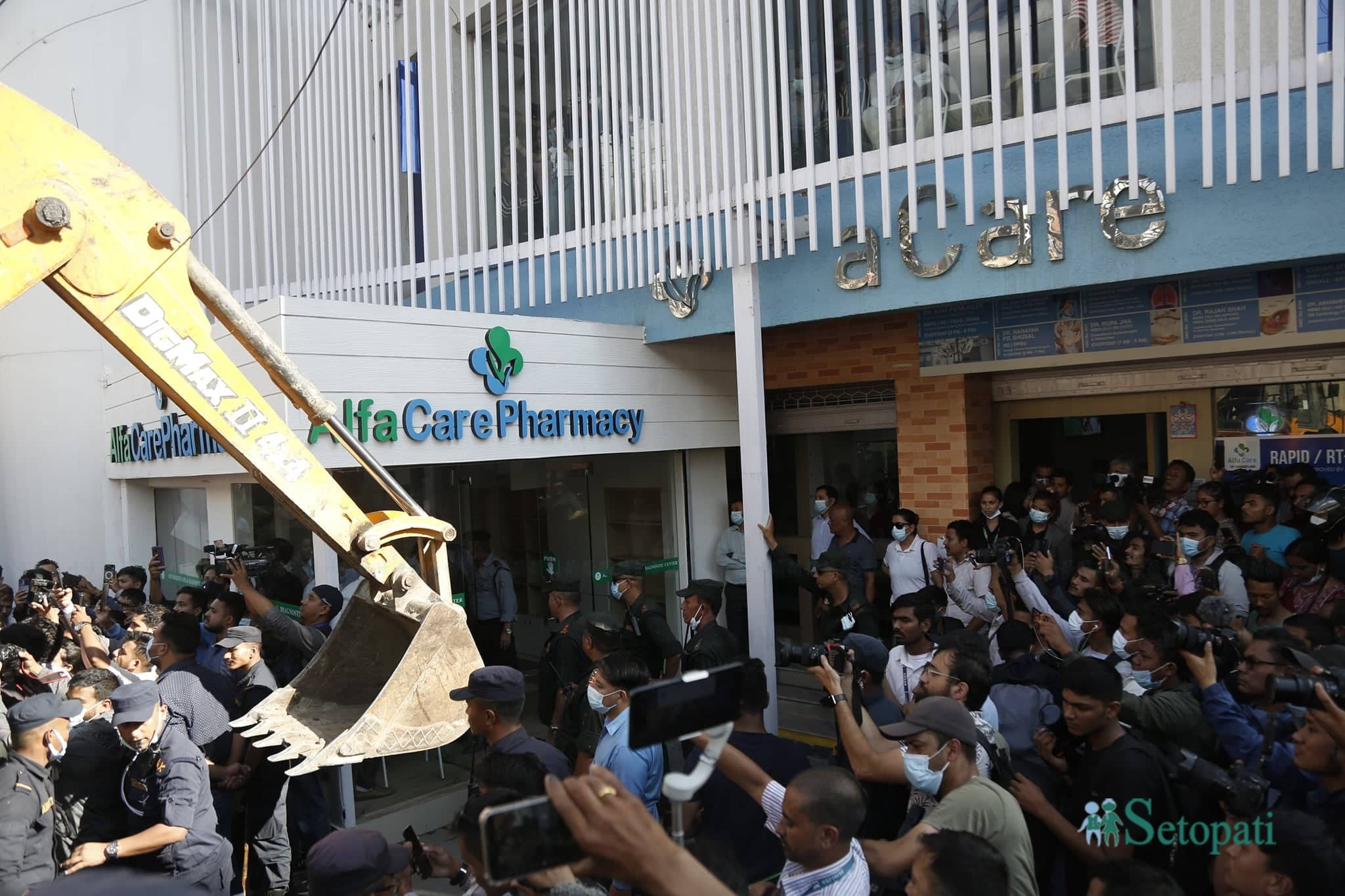 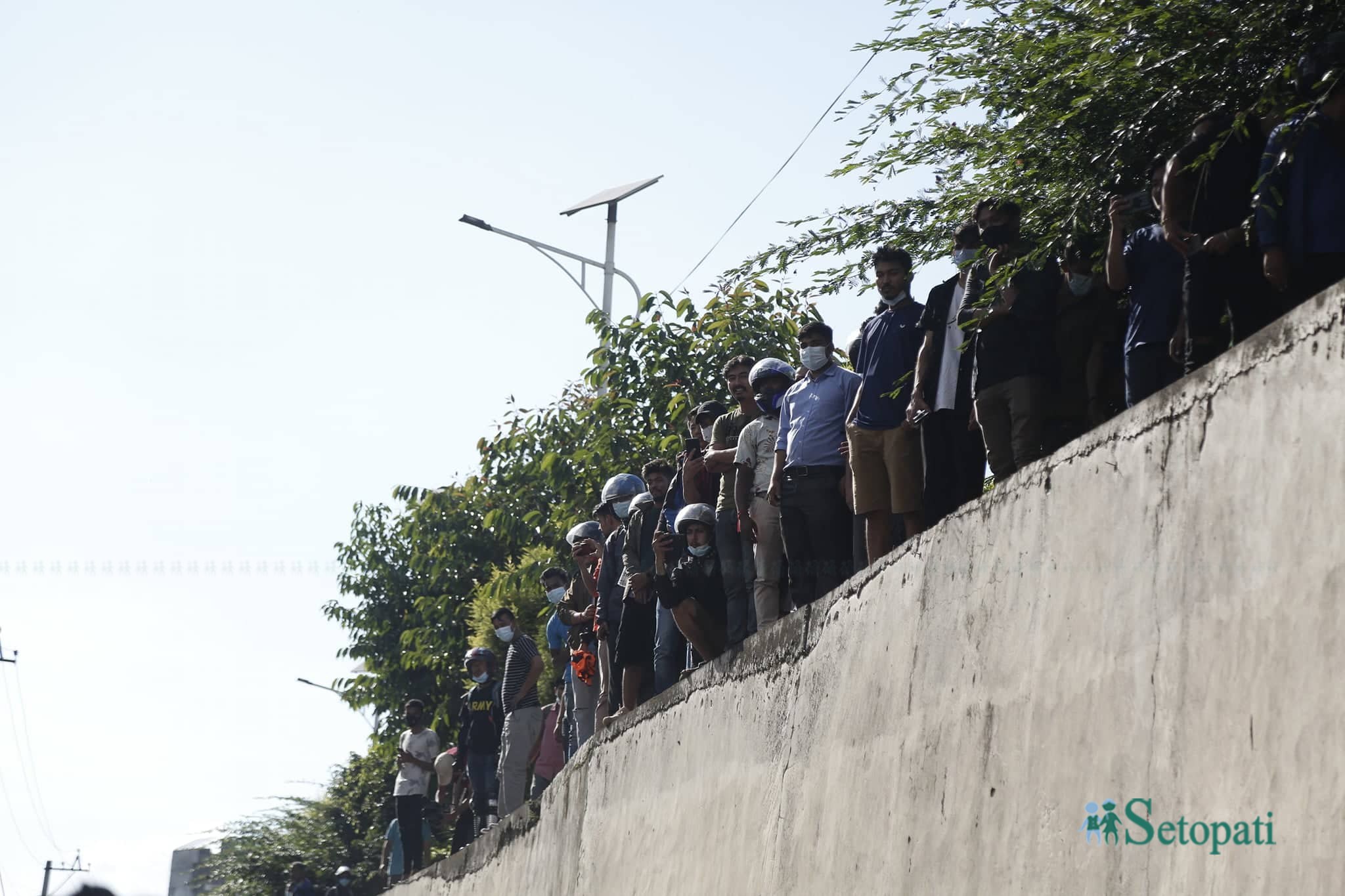 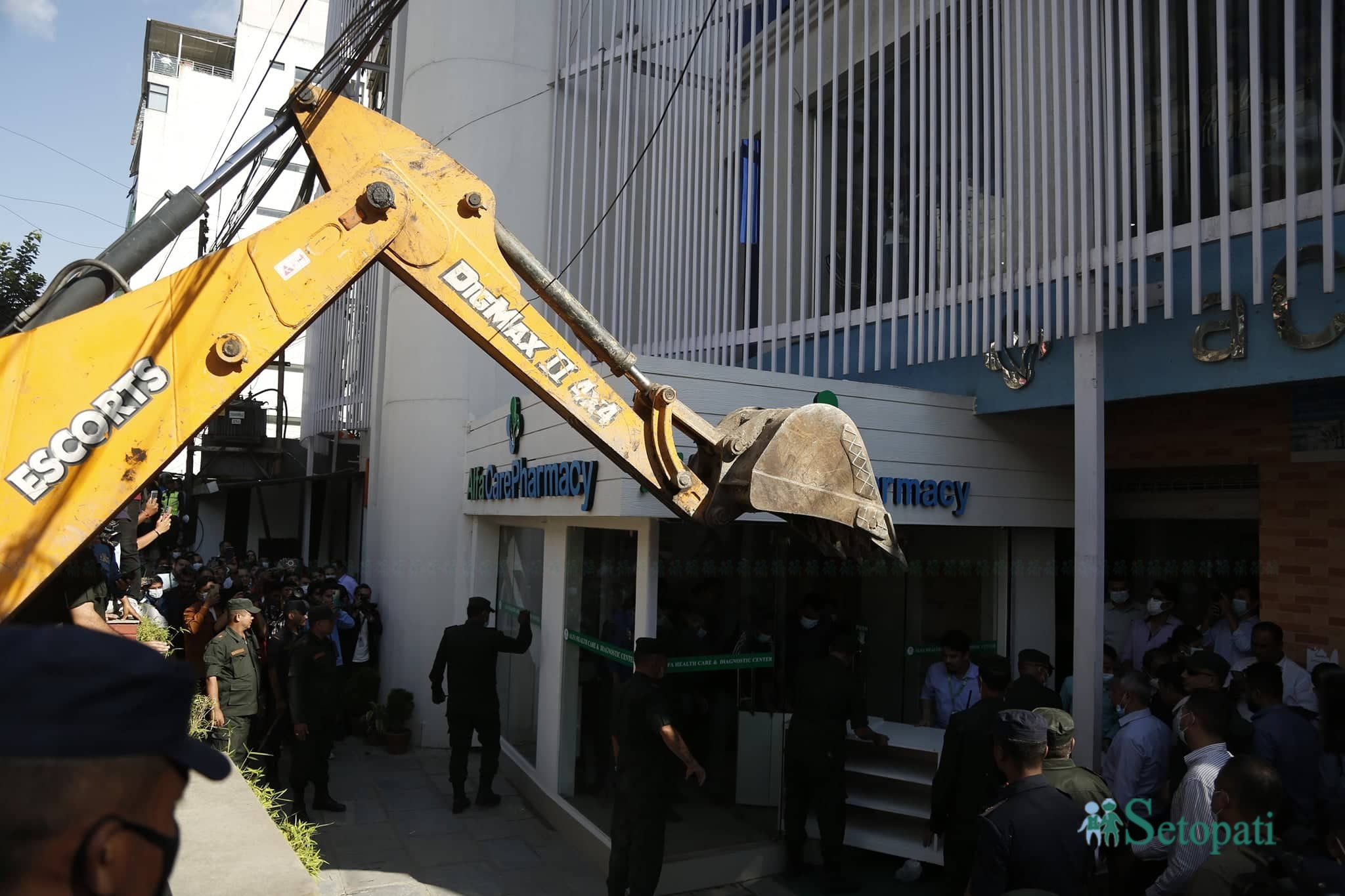 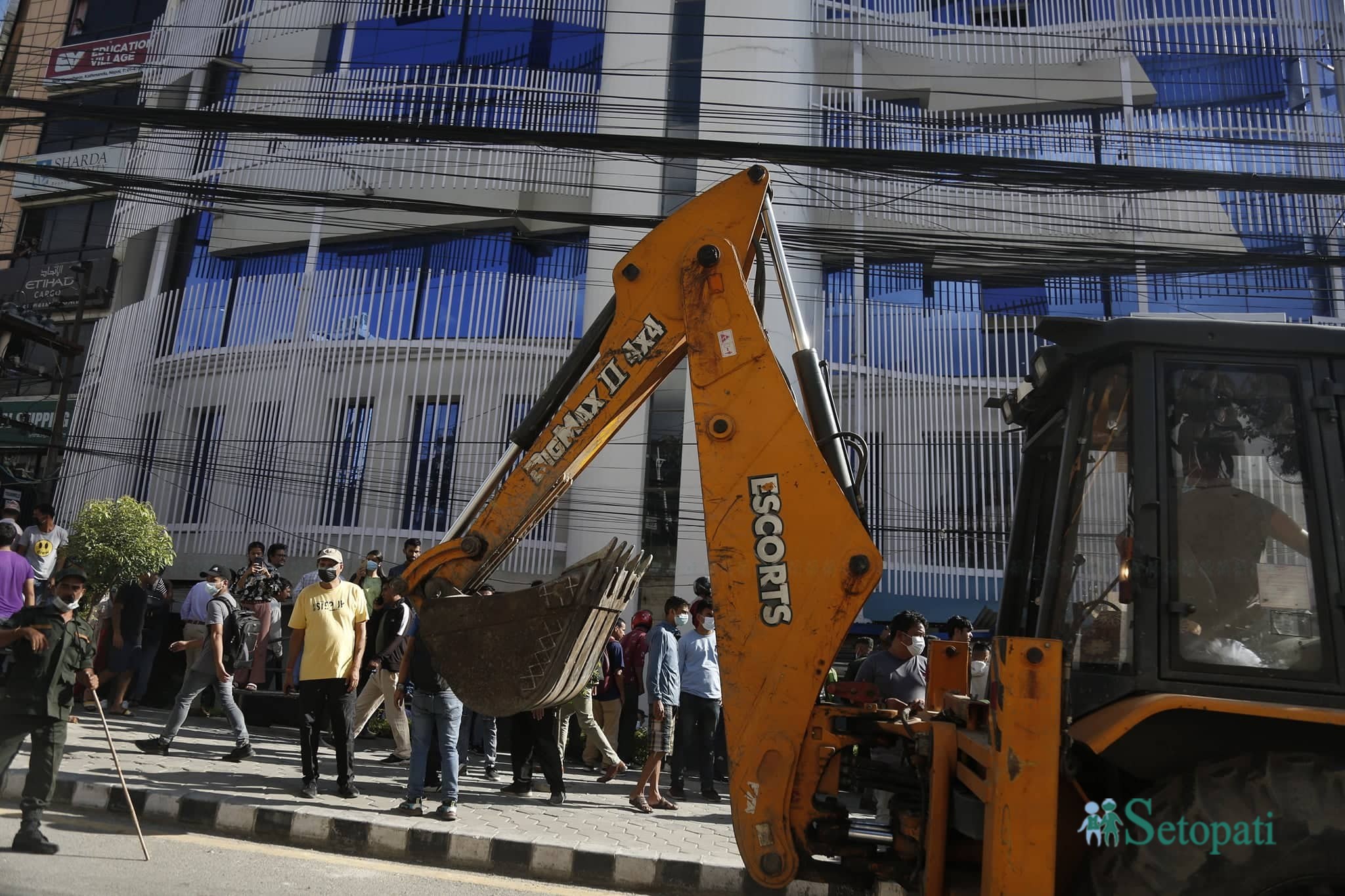 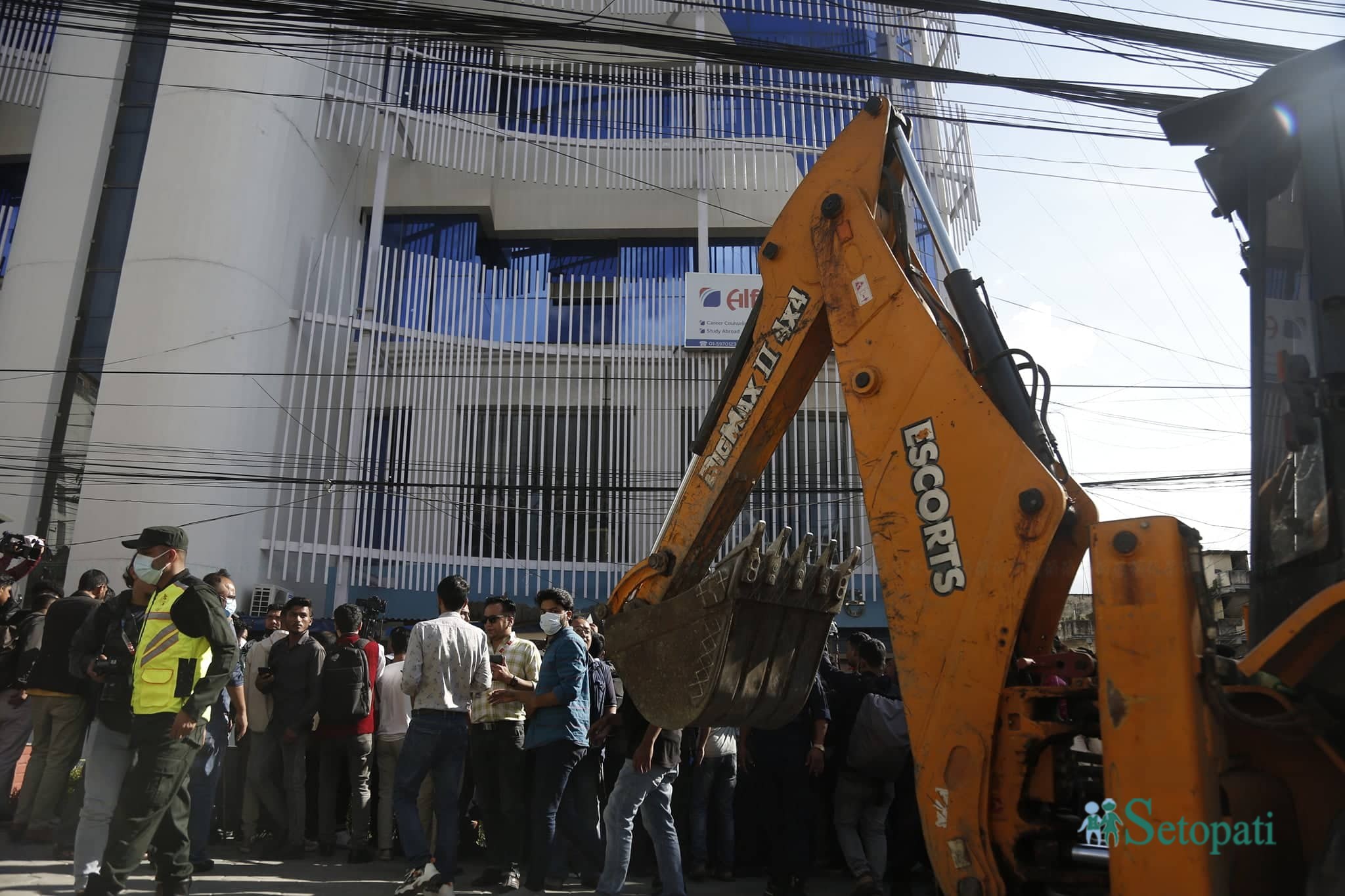 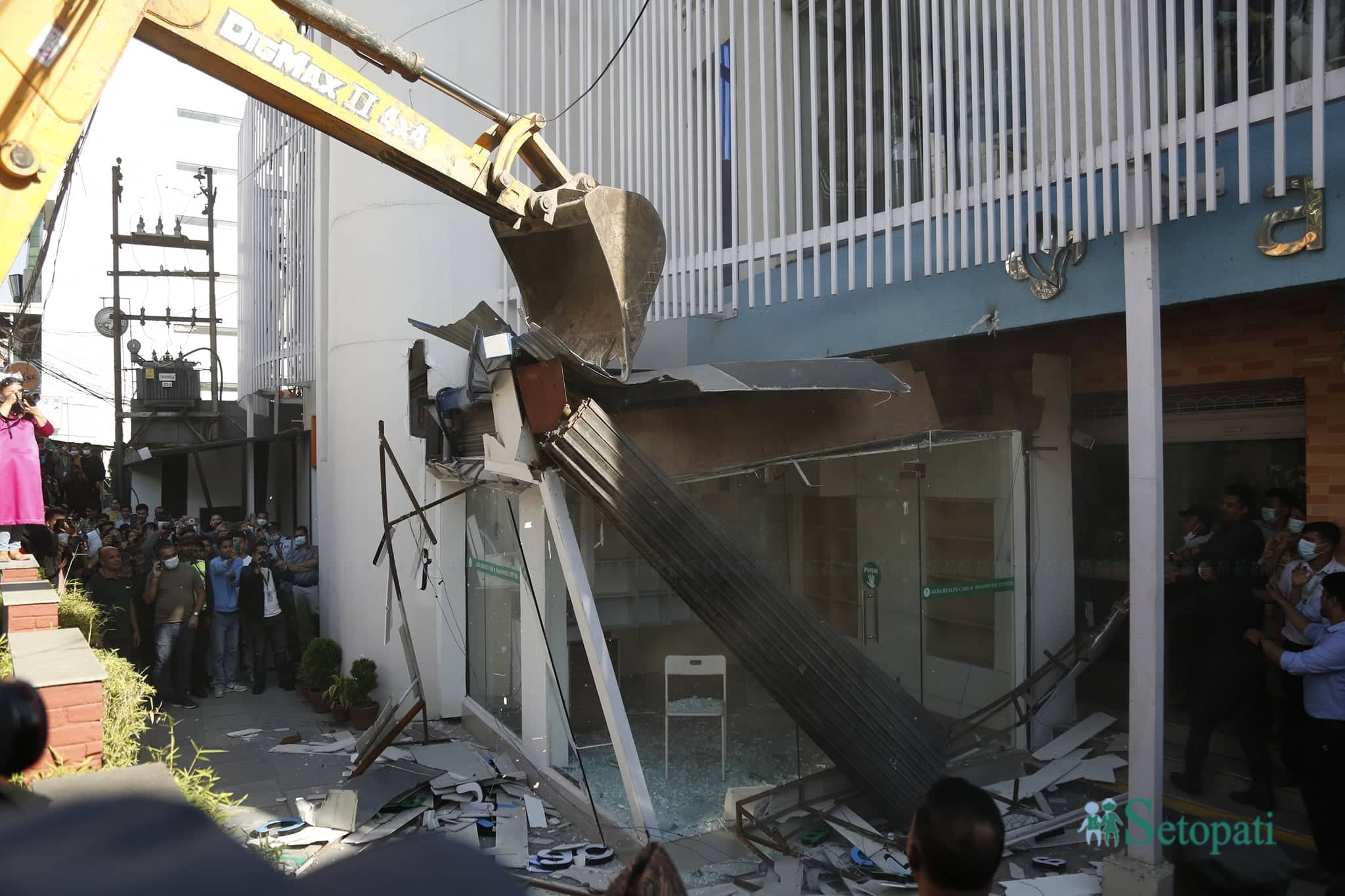 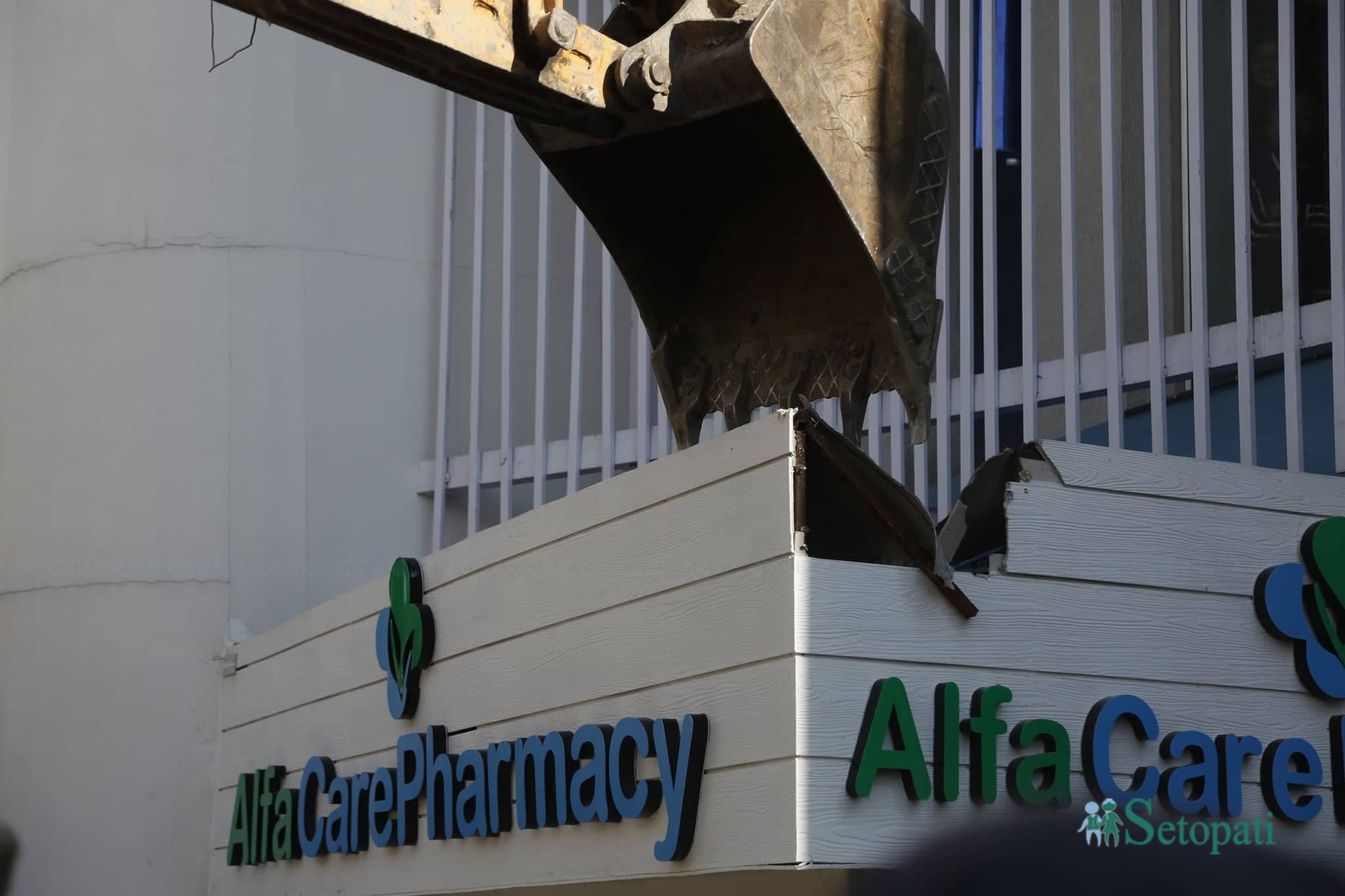 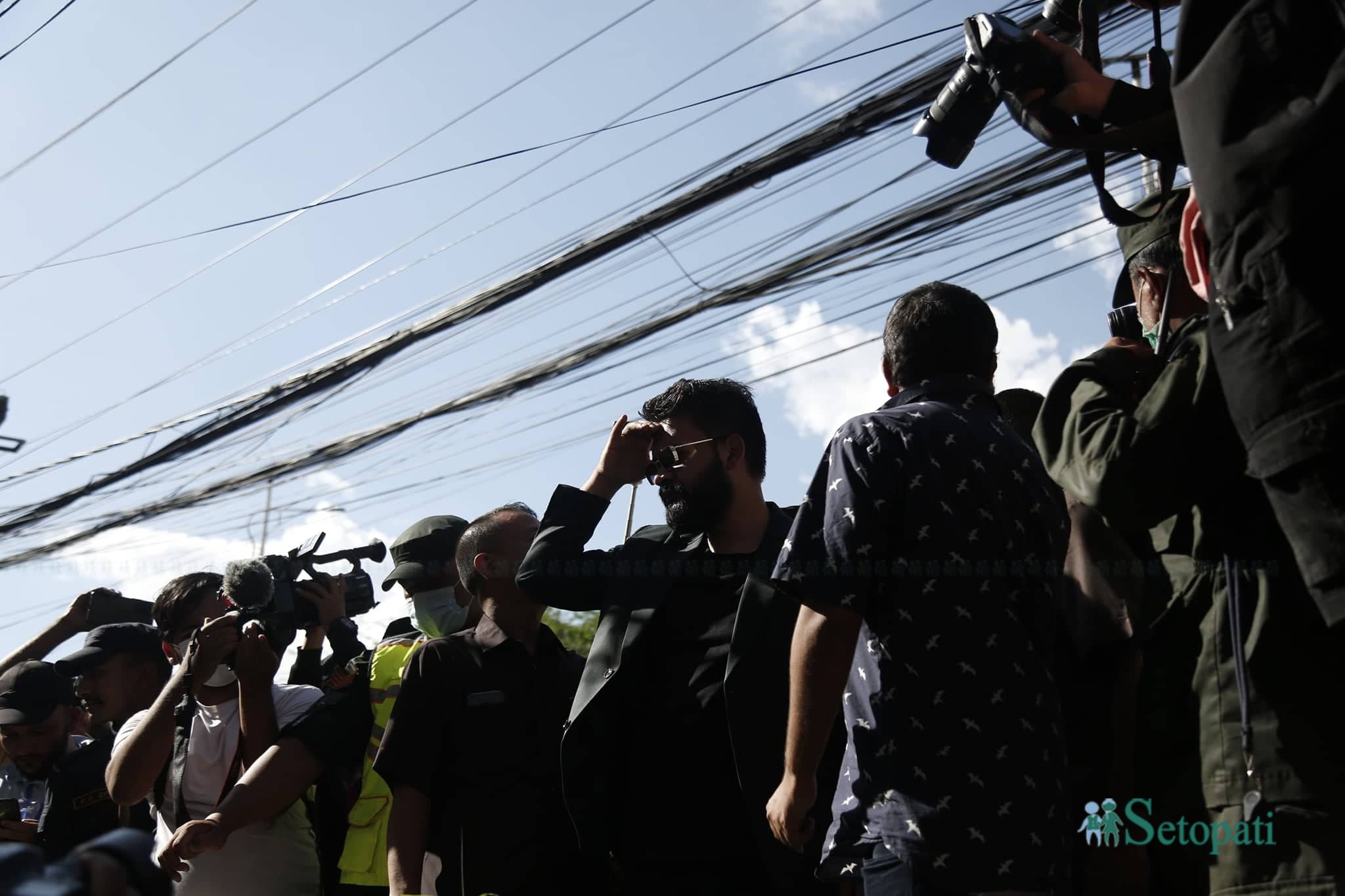 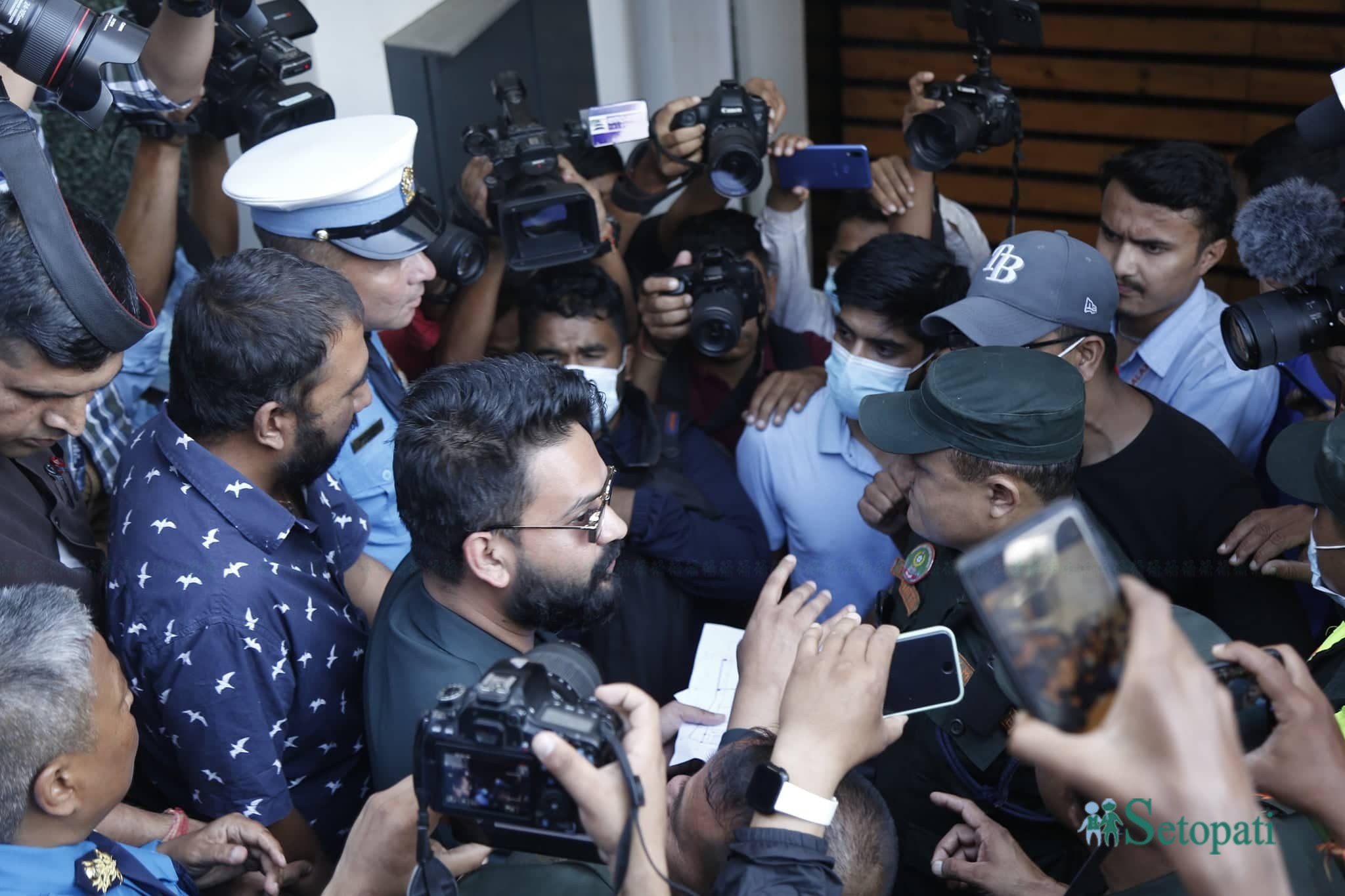 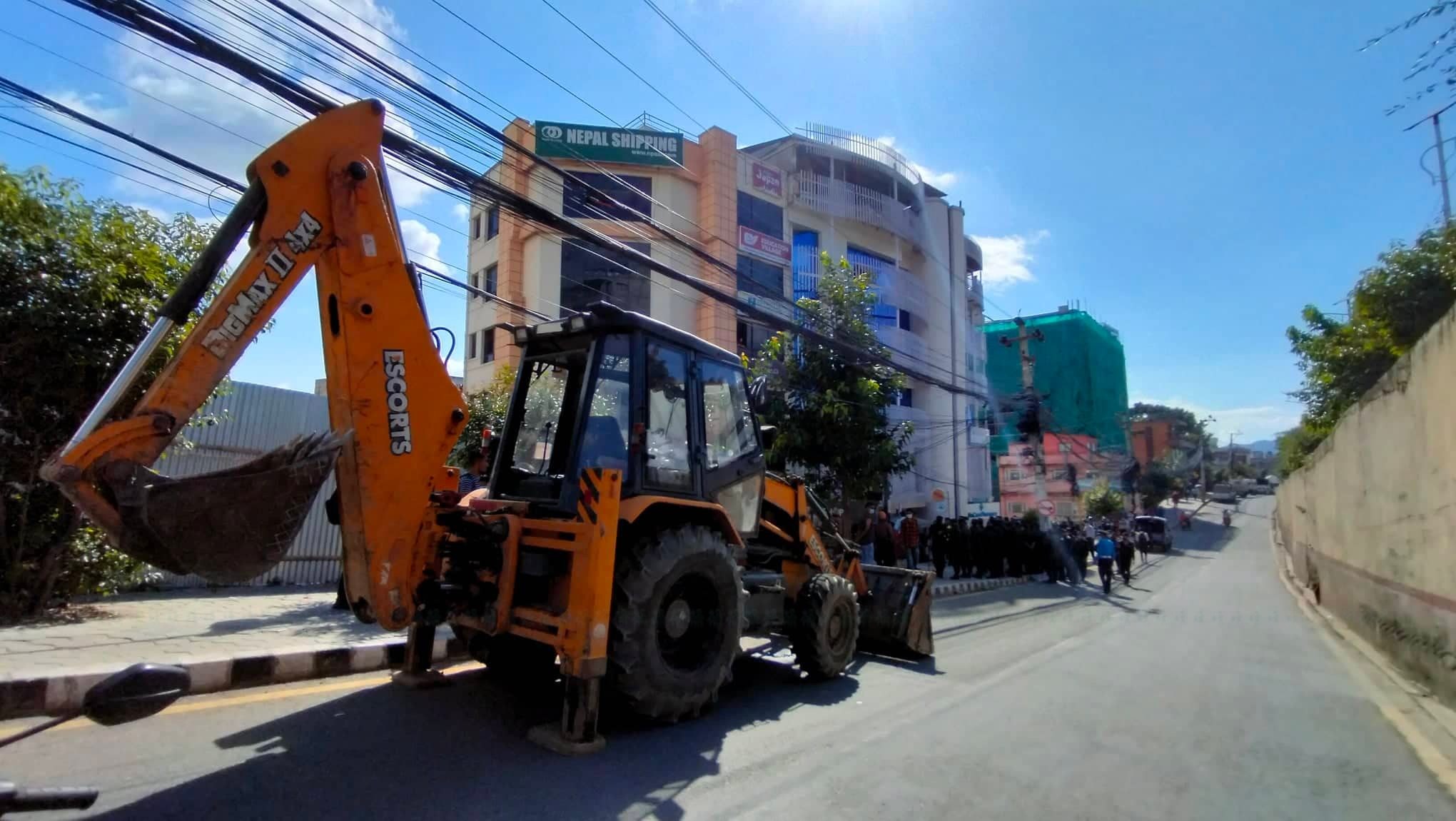 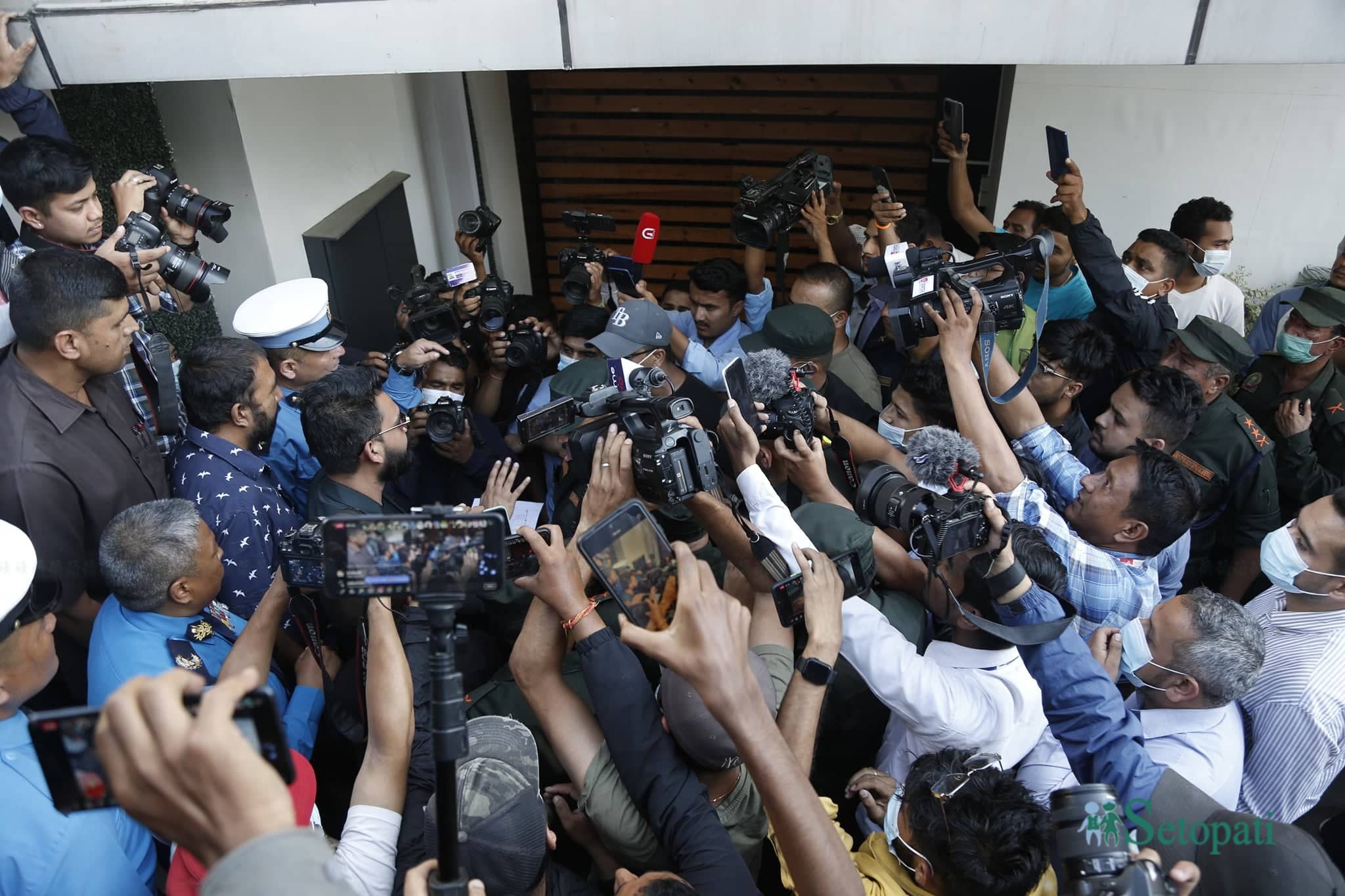 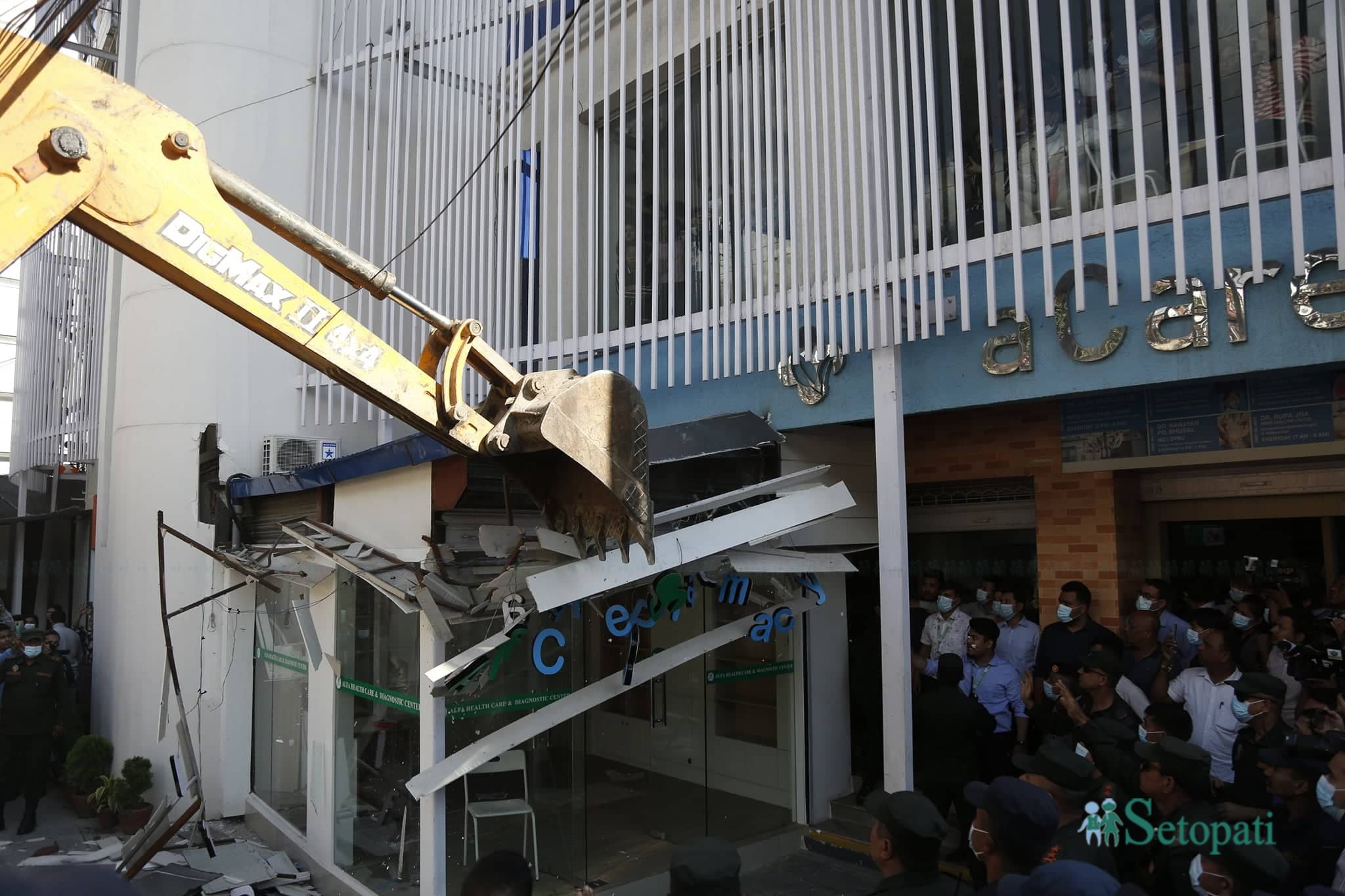 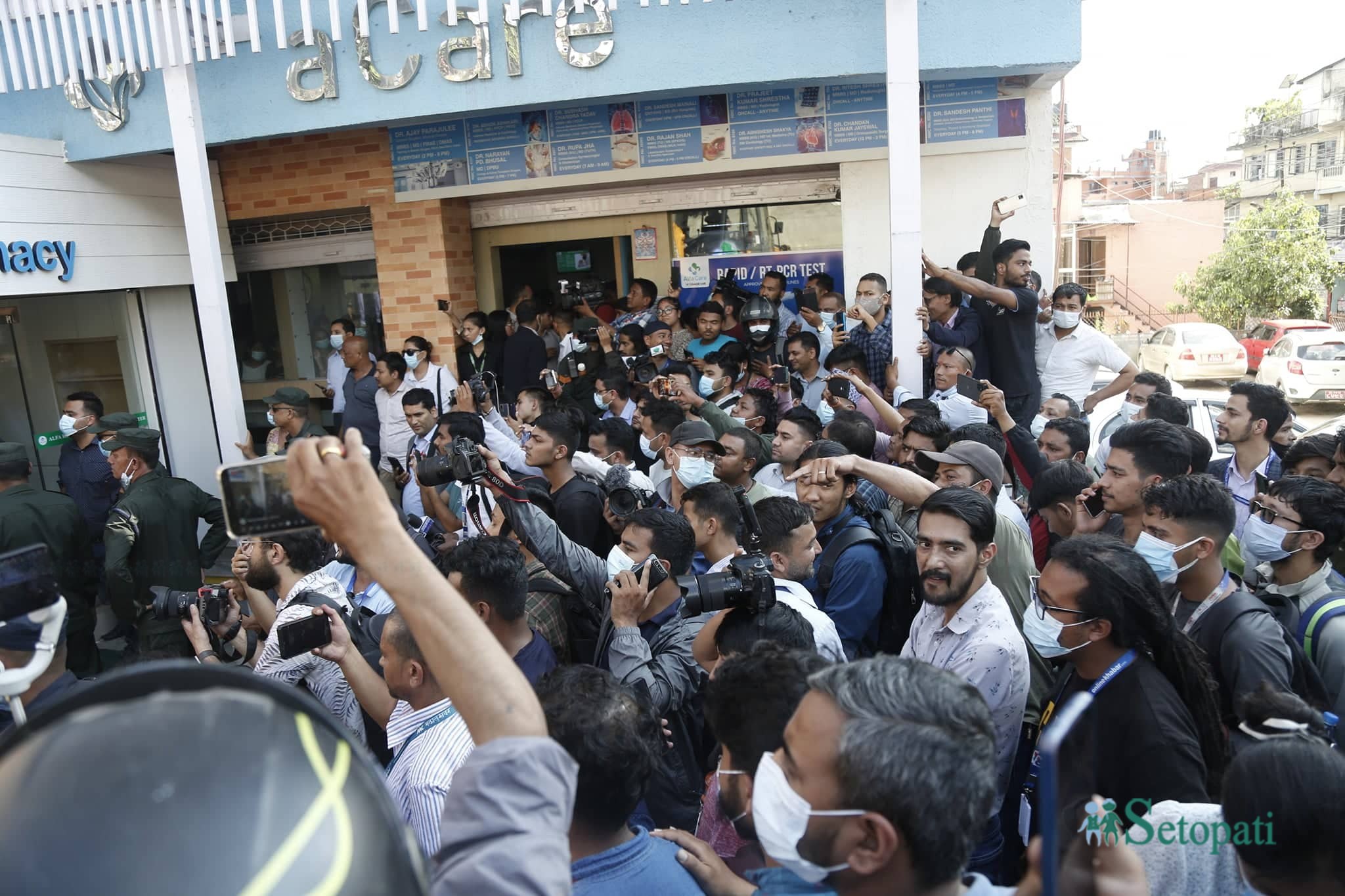 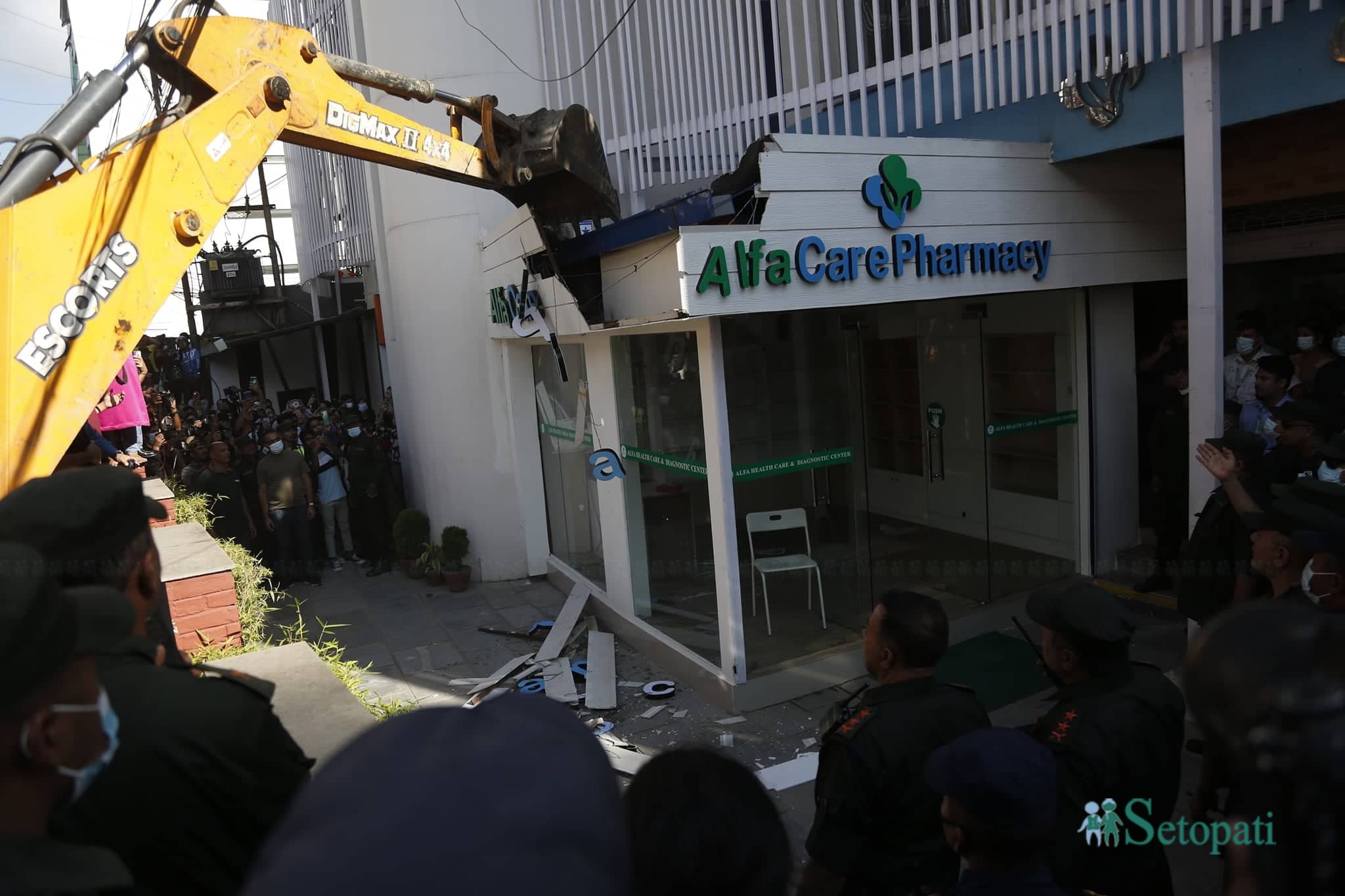 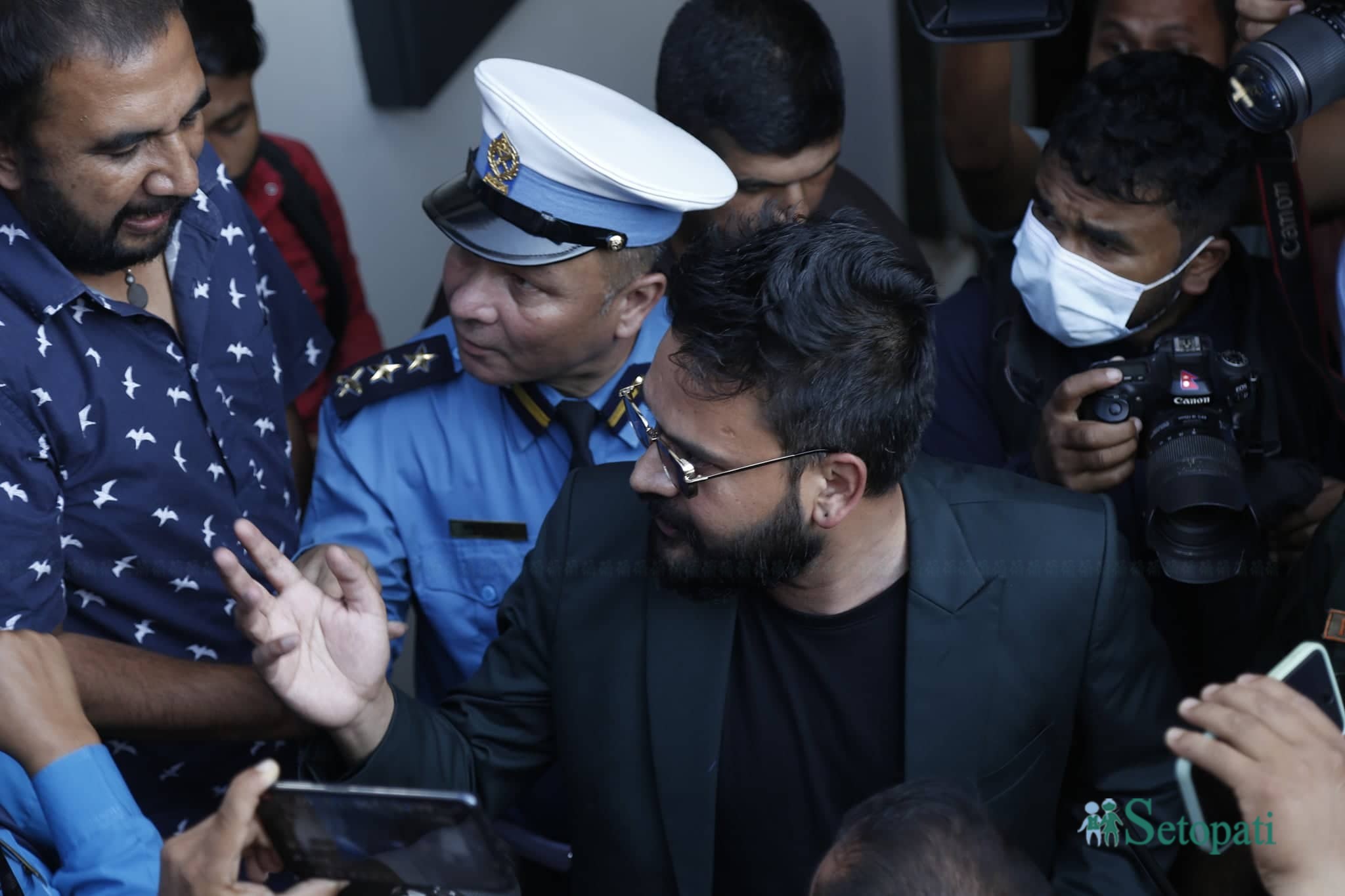 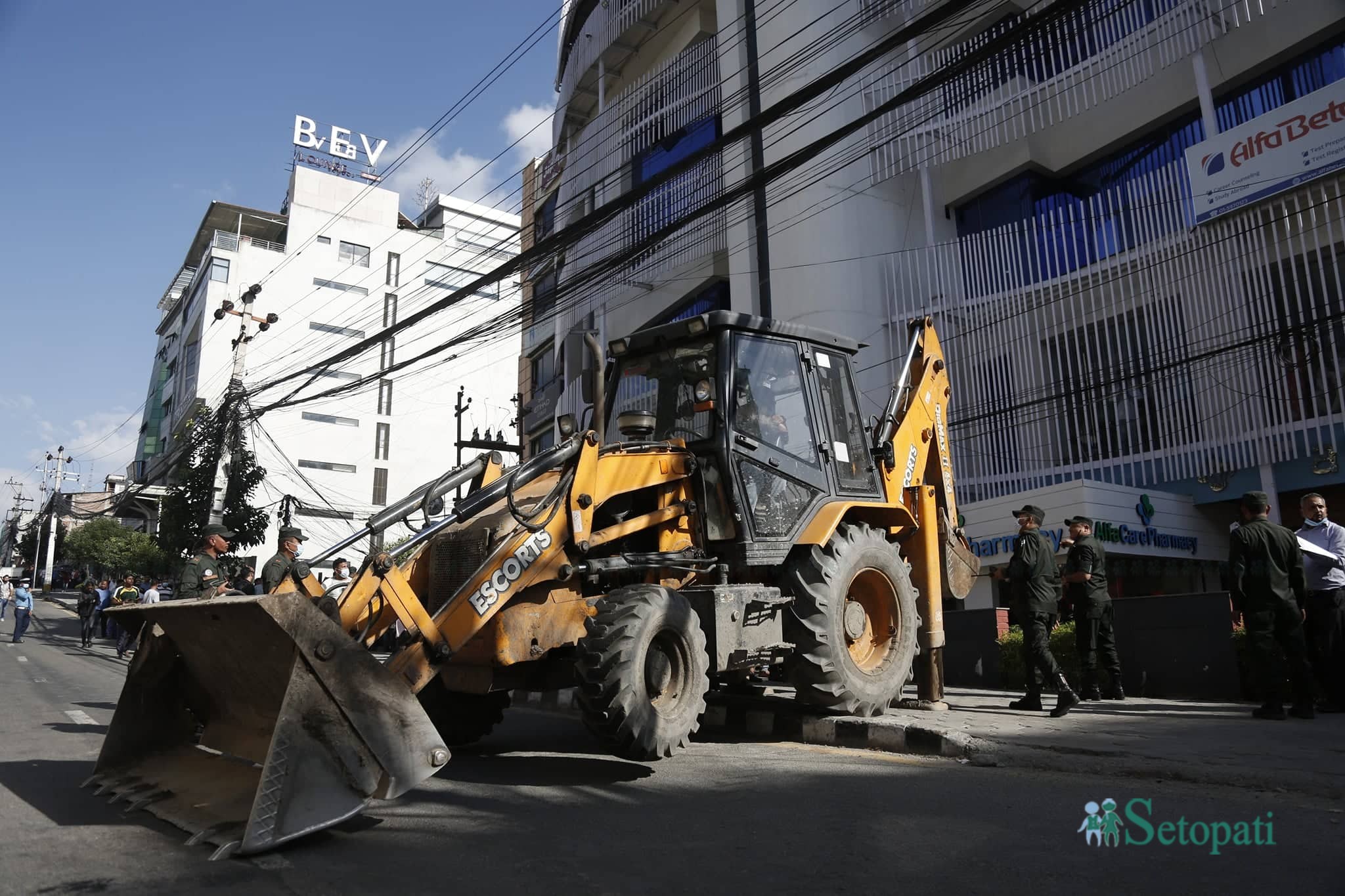 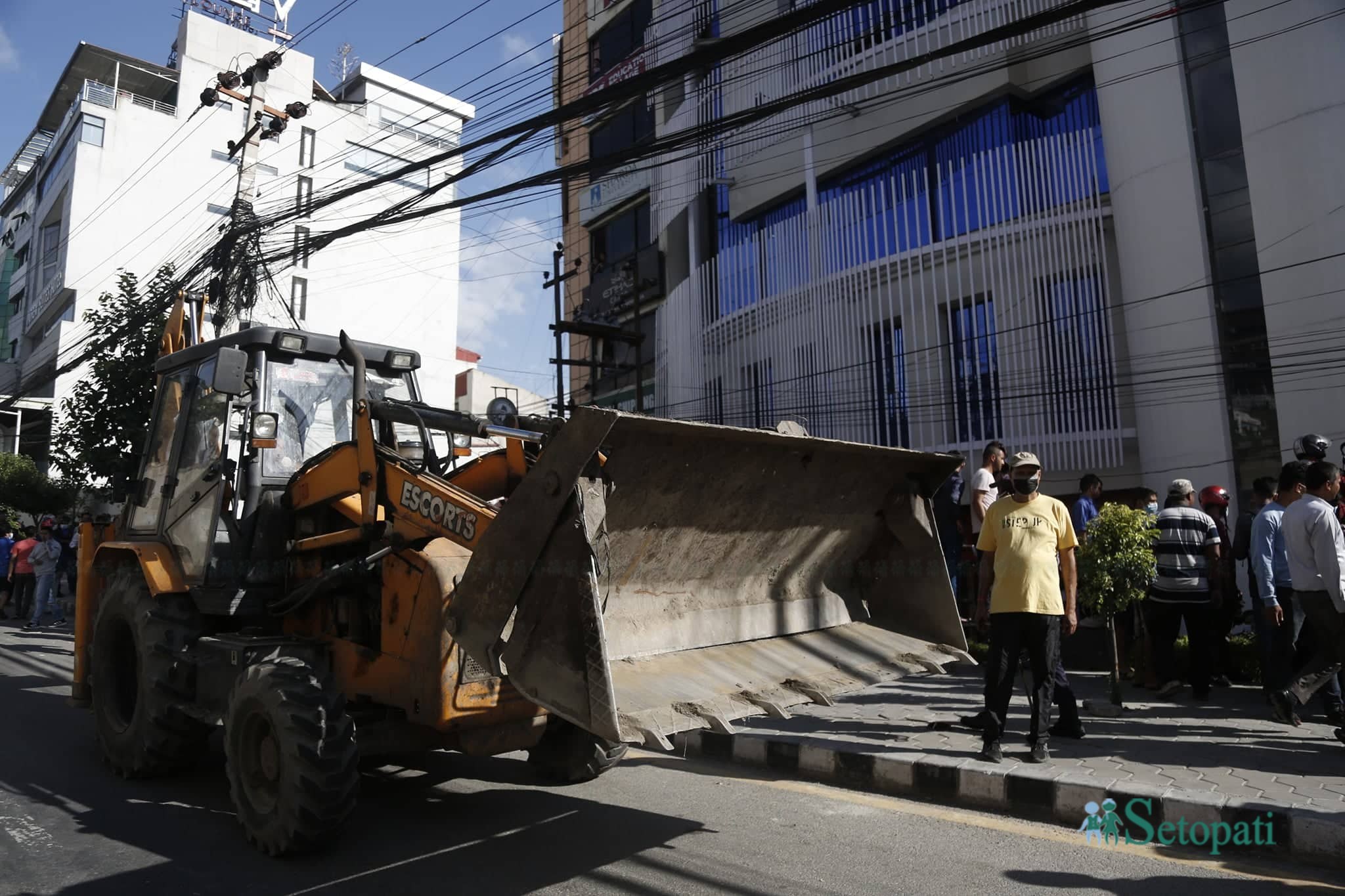 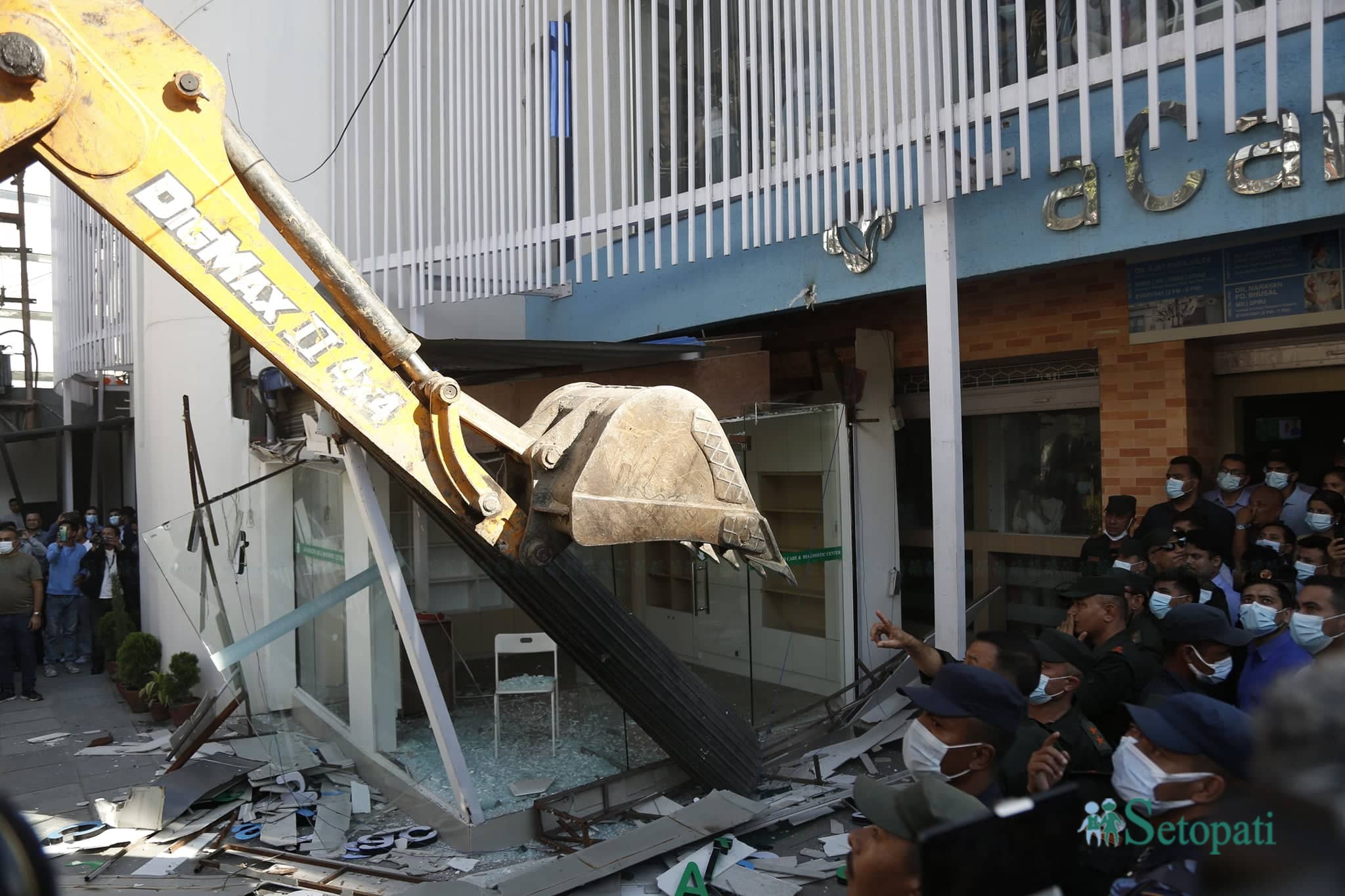 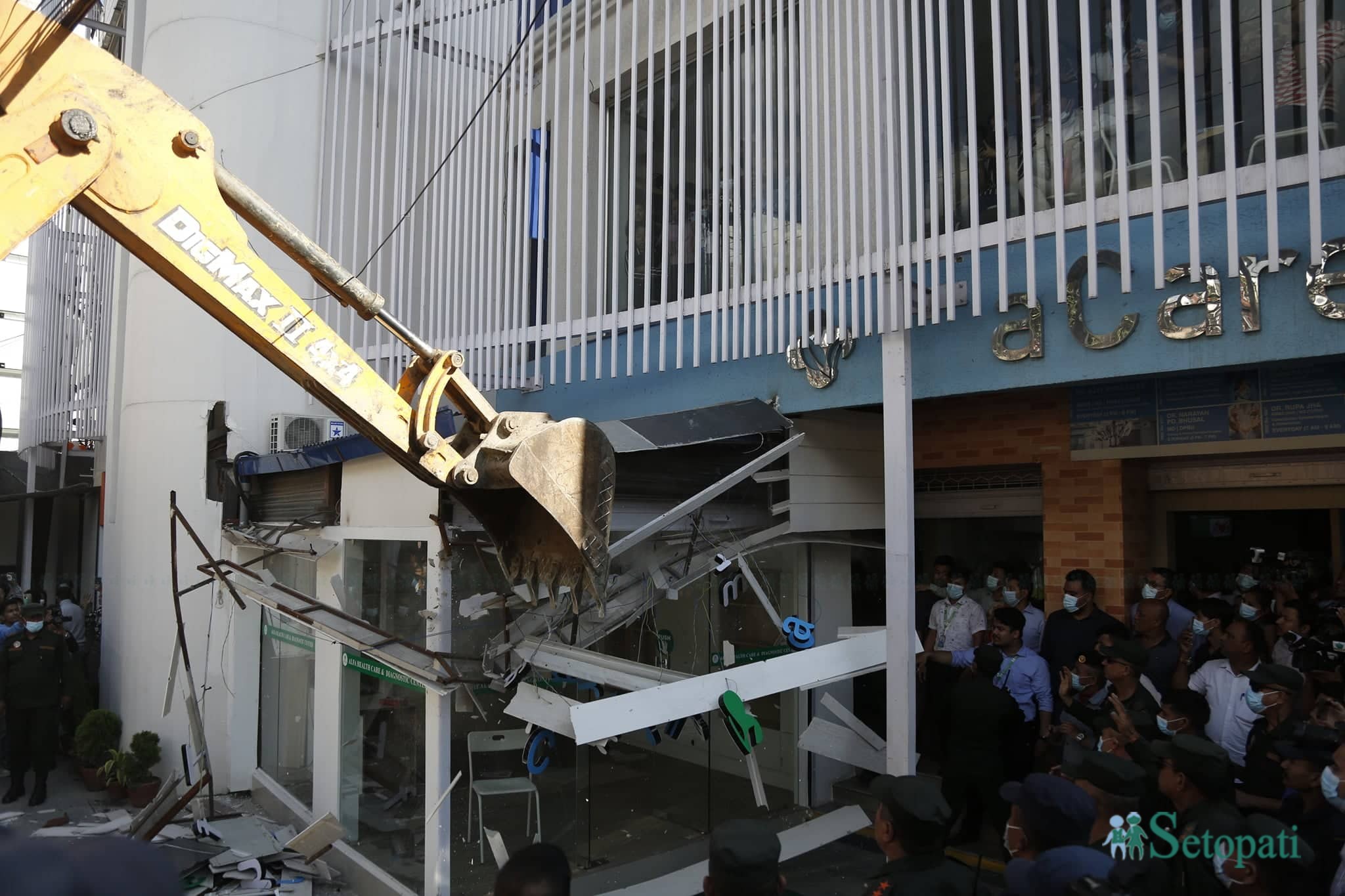 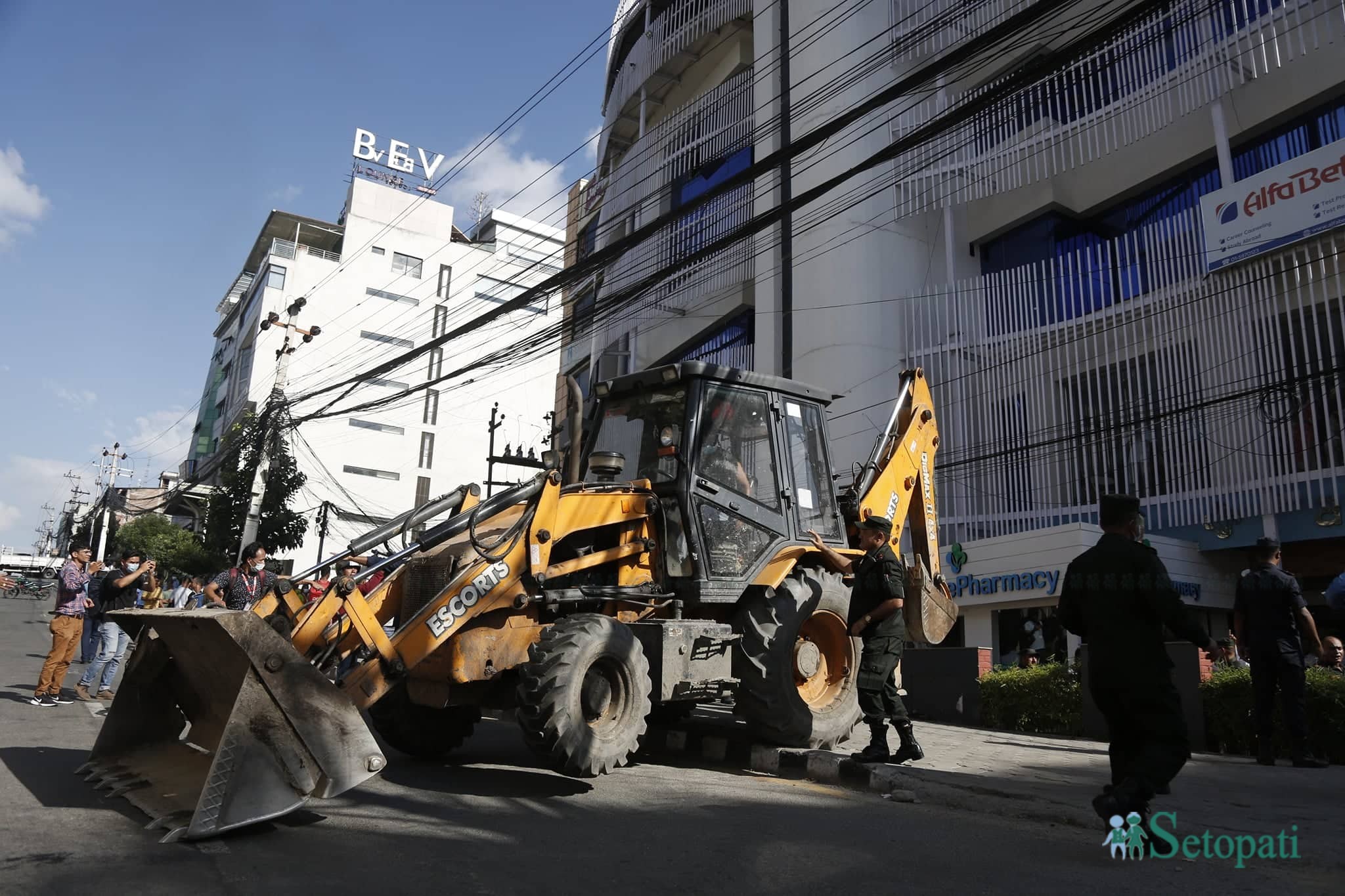 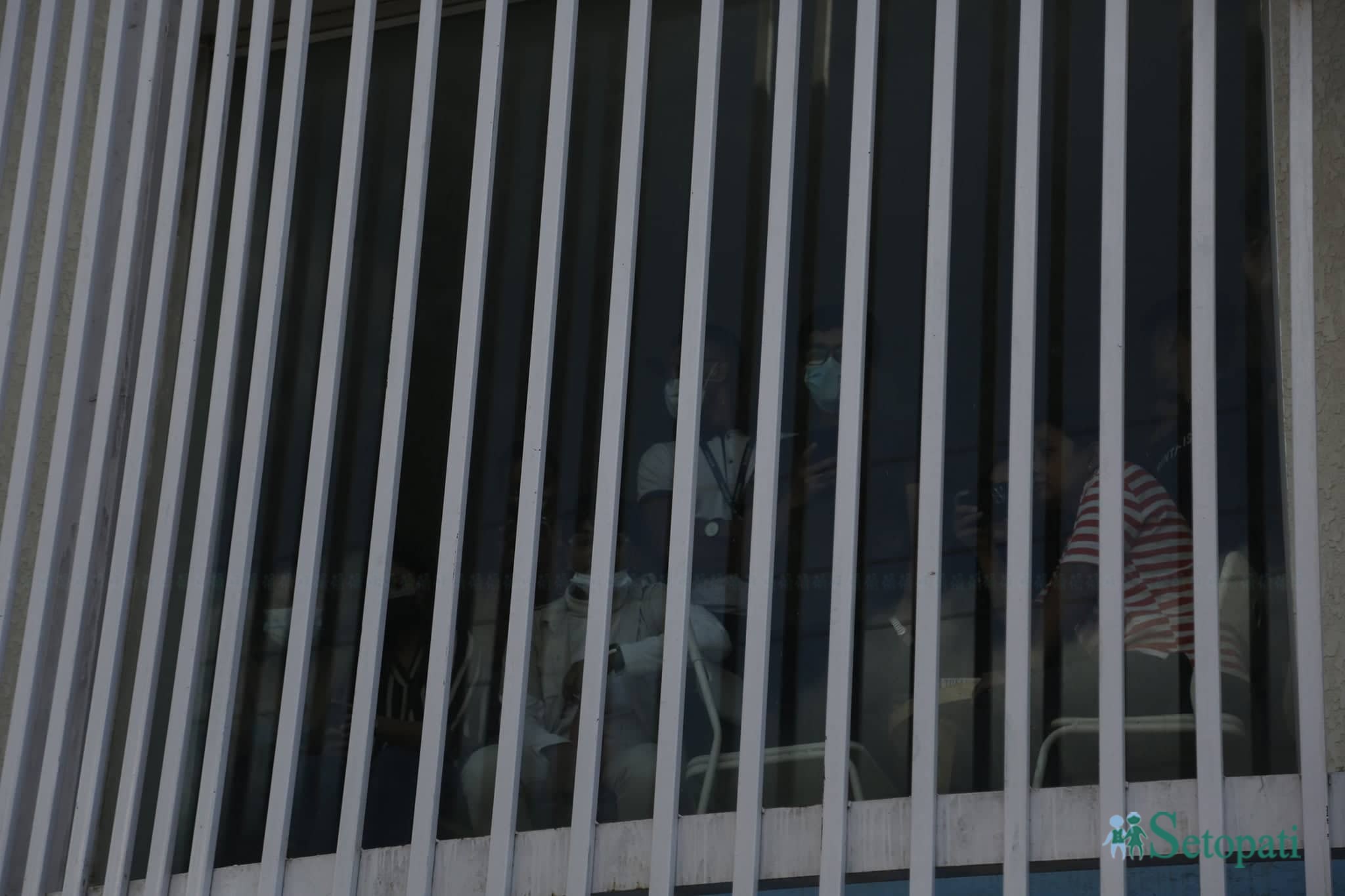 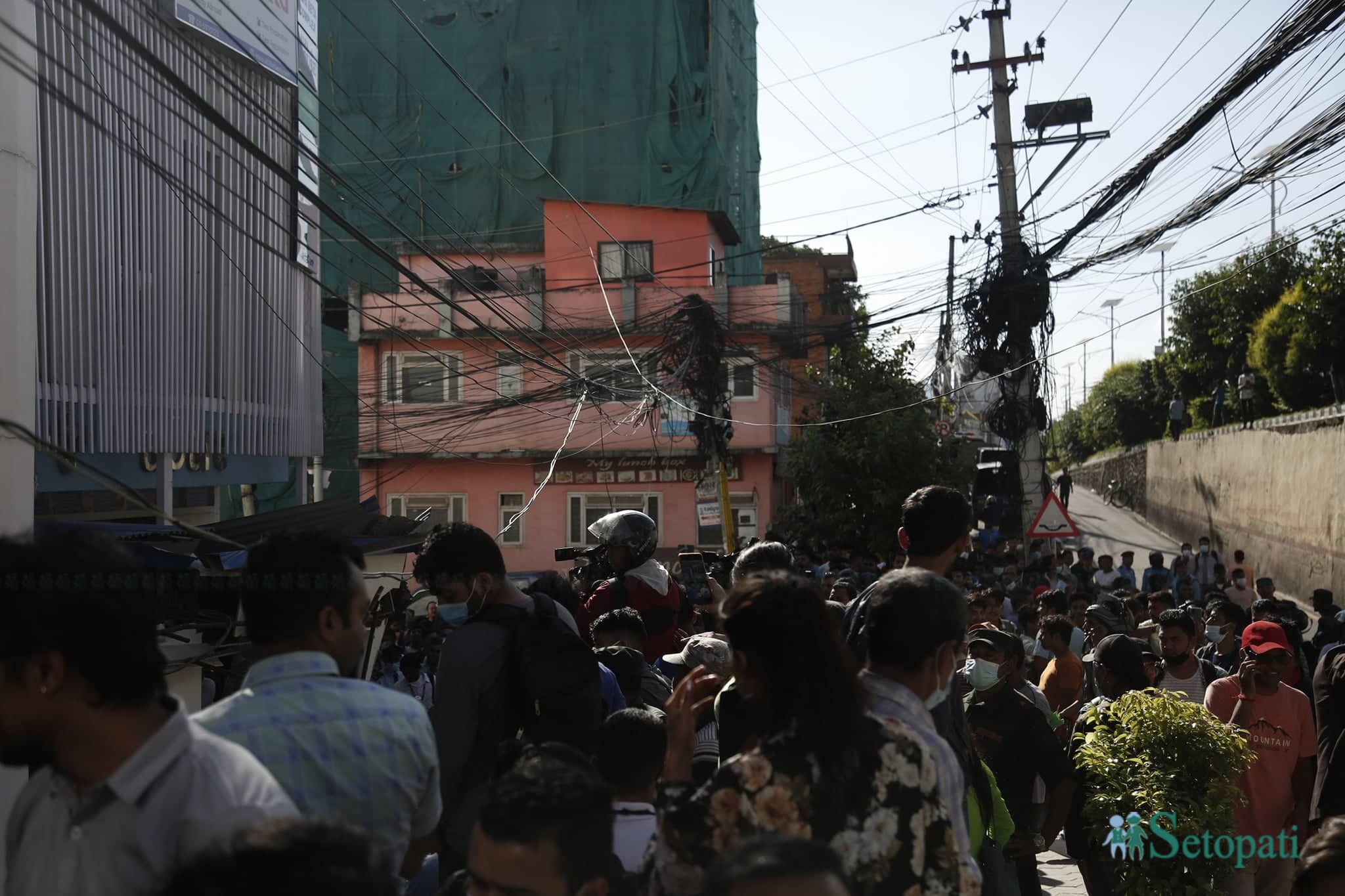