The President's Office issuing a statement in the evening said the Cabinet has been reshuffled abd new ministers inducted on recommendation of PM Oli.

PM Oli has kept the Defense Ministry himself and transferred DPM Pokharel to the Office of the Prime Minister and Council of Ministers. 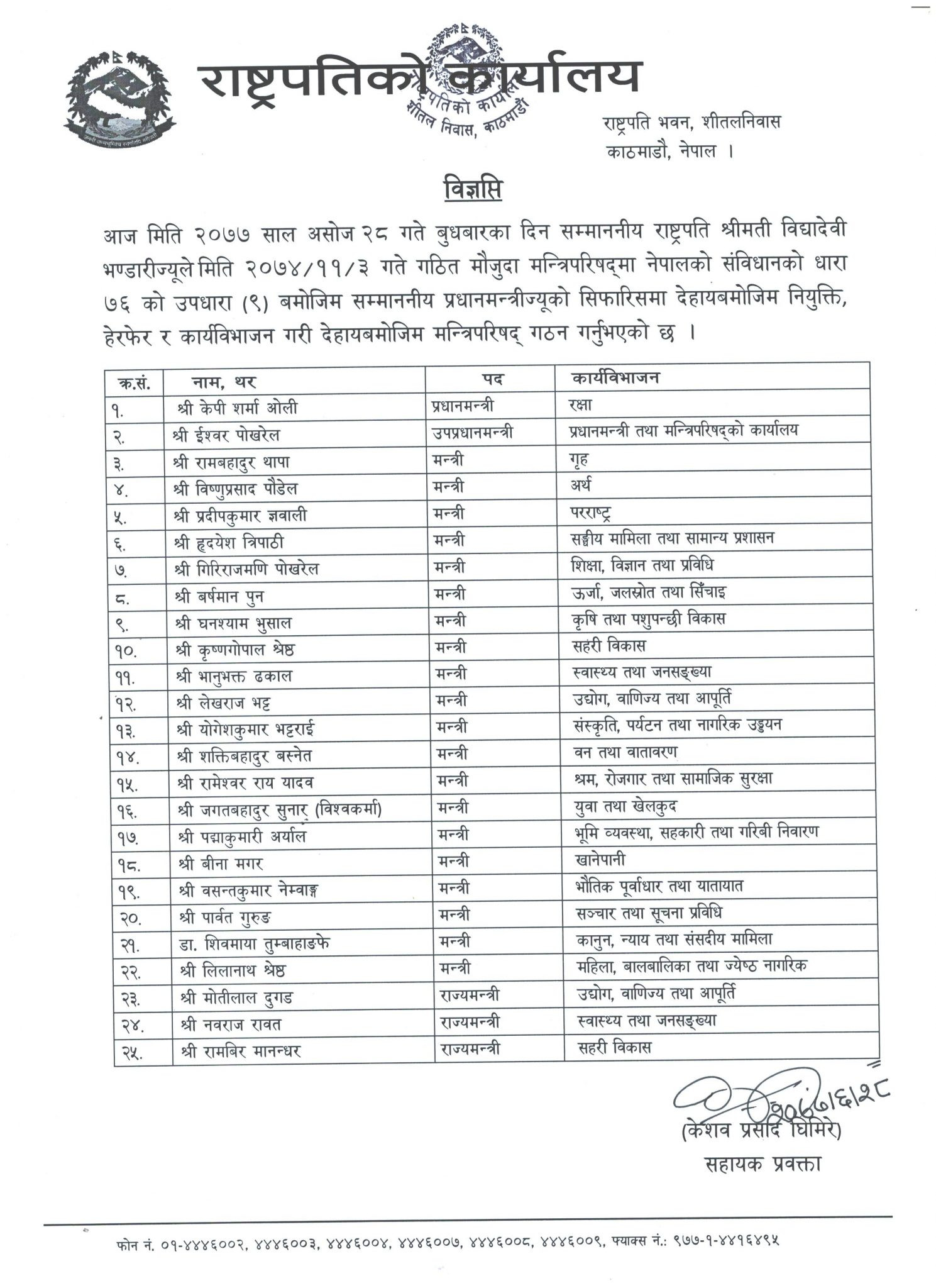