The good, the bad and the society 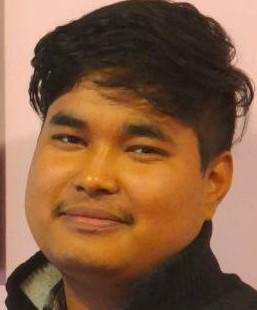 Imagine a job interview where the interviewer asks the candidate to mention five good traits about themselves. But instead of a candidate with a masters' degree and an excellent resume you have a student from maybe the fifth grade or the second grade on the chair. What answer do you expect?

Well, I tried finding that by conducting a small survey among students from the second to the seventh grades in March 2021. I asked them to write five good and five bad things about themselves on a piece of paper. There were six classes, and each class had around 22 students on average. I collected their papers and noted the most repeated traits. In this piece of writing, I have tried to present an overview on the students’ beliefs and how they tend to concur with some pre-existing theories of moral development.

Students in grade six and seven mentioned that they are good at friendships. They respect the elders and they always do their homework on time. They follow traffic rules and cross the road through zebra crossings. As bad traits, they mentioned that they get irritated and angry easily. They use their mobile phones or watch television a lot and don’t sleep on time. Some of them even said that they cheat during exams.

In grade four and five, students mentioned they do their homework every day and they are polite. They help their mother in household chores, respect elders and they have really good handwriting. They also cleaned their room themselves. Sharing their bad traits they wrote that they have little control over anger and patience. They sometimes get angry at friends and family and say things that they don’t mean. They are also aware of the fact that they hurt others’ feelings knowingly or unknowingly. Some peculiar responses however, were the ones mentioning that they don't like religions other than their own, some being addicted to TikTok and some saying that they don't like pink color.

The notes from grades three and two were quite interesting. It is the phase when children start developing their preliminary sense of good and bad. For good traits, they also mentioned helping their mother in house chores, throwing the waste in the dustbin and waking up early. They thought it was good that they shared food and other things like pencils and erasers with their friends. Not doing homework on time, watching a lot of television or having bad handwriting was a bad trait for them. They also kept  losing their items (pencils, erasers, etc) and they didn’t speak in English during the classes. Some said that they make noise in the class and get angry very easily. The responses from this group which really got my attention were ‘I am fatting’ (getting fat) and ‘I am not good at social’ (socializing).

While looking at the wide variety of responses from the children about the good and bad traits, we should not forget that they aren’t the ones who dictated those traits for themselves. The notion of good and bad traits is not inherited but it rather comes from an individual’s sense of morality. According to Swiss psychologist Jean Piaget’s theory of moral development, children are in the heteronomous phase which can be identified by the idea that rules come from authority figures in one’s life, such as parents, teachers, and those rules are permanent no matter what. Children , in large part, are also influenced by the prize and punishment norm where good behavior is rewarded and bad behavior is punished. The severity of punishment is also directly proportional to the bad behavior. Thus, children regard consequences more important than the action that will cause it. For example: a student with the fear of failing exams might end up cheating in exams to pass despite knowing that cheating is a bad thing to do.

This phase is seen in children from the age of five. As they grow into  adults they enter the autonomous phase where the action itself is seen as more important than its consequences. They begin to understand that different people have different morals and that morality is not necessarily universal.

American psychologist Lawrence Kohlberg expanded this theory on a stage model similar to Piaget’s, and proposed three levels with six stages of moral development. Individuals create their realm of morality from the universal experiences of punishment and rewards, approval and disapproval from the society, community respect and disrespect as well as self-condemnation. He named the three levels: pre-conventional, conventional, and post-conventional, each accommodating two stages. For the survey I conducted, Kohlberg’s first and second levels of moral development would be in focus.

The first or pre-conventional level has two stages: Stage 1—ethics of obedience and punishment in which an individual’s sense of morality is motivated by the desire to avoid punishment and Stage 2—ethics of self-interest where an individual’s morality is based on whether an activity serves them back or not. These stages can be seen in motion with the responses from students where they believed that doing homework on time and sharing food as well as other items with their friends was a good thing to do.

The second or conventional level also has two stages: Stage 3—ethics of social norms and Stage 4—ethics of law and order. In stage 3 individuals shape their actions and mindset according to the approval or disapproval they are getting from the social construct around them. The responses from children where they believe that respecting elders and helping their mother in household chores is a good trait perhaps comes from the approval that arrives after those actions. More or less it is the desire to be tagged as a ‘good child’. Stage 4 shapes the idea of morality in an individuality based on their culpability and presence of a central law. They have to be more responsible regarding their action or inaction. One person violating a law might initiate a chain reaction which results in everyone doing the same thus a duty to uphold laws and rules comes as an obligation. Stage 4 can be seen being reflected on the students’ notion of following traffic rules (present in older students from 6-7th grades) and speaking English in school (present in younger students below the 6th grade)  as good traits.

I took this survey to understand each class better; their problems and their strengths and how I can help them as a teacher and mentor. After getting these answers from them, I feel like I have got a chance to know them better. It was surprising to discover that the notion of good and bad traits that my friends and I had a decade ago while we were in school is more or less similar to that these present-day children have. We had very little control over anger or patience. We too wanted to be socially accepted as ‘good boy’ or ‘good girl’. I believe all of us undergo a lot of ‘learning’ as a child but as we grow up into adults both ‘learning’ and ‘unlearning’ is equally necessary.

On a side note, many students mentioned watching television a lot in the survey. Back when I was in school a decade ago, smart phones were not so mainstream in my town. But we watched television a lot. As the internet and smartphones proliferated I had grown this notion that maybe young people don’t watch television as much (or not at all). However, I was wrong, television is here to stay. Every generation loves to assume and comment regarding the upcoming generations without realizing some of those assumptions and comments might be far from truth. It would have never occurred to me that ‘fatting’ or body appearance would find space in a second grade student’s morality. This whole ordeal has ultimately taught me the importance of honest conversations with children which might be difficult as parents and schools grow busier.