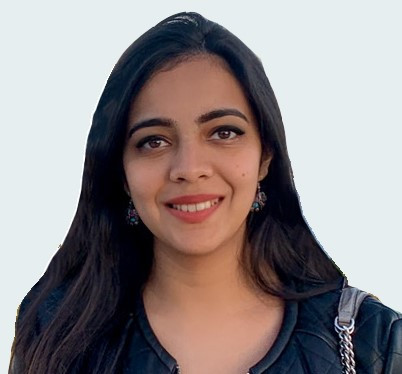 We often share jokes about “wives”. The joke could be about how she is "bossy" or how she works, her routine, looks, the time she takes to get ready, etc. We laugh and forget all about it.

However, take a look at what we are actually doing:

Another sign of misogyny is the words we use to describe the same situation for a male and female.

Why do we use different terminology? How are the two different? Why should we have to use derogatory words for women and positive comments for men?

Please refrain from doing this, whether around your child or not. You are creating a mentally toxic environment for both genders and are degrading women.

How would you feel if your child is body/color shaming in public? Not good, embarrassed. You will probably ask yourself; “how did my child learn that?”

You don’t realize that you are the reason.

Who gave you the right to make comments about anybody’s body? When you do this around your child, s/he thinks it is okay to make such snarky comments. You are also creating an unhealthy environment for a young girl who will have complexes about the way she looks. Do you think it is right? For you, it might be a joke. For someone else, it could be her/ his whole life. Instead of focusing on petty things such as her looks, look into her education, hobbies, career, etc.

Now reflect upon the upbringing of your children or someone who you have known closely. There is a massive difference between how we bring up a boy and a girl. I will choose just two examples, but I am sure you will have many more to share.

While your joke has no hard intentions, it is doing more damage than one can think of. Now, this

is a problem. The anecdote easily converts or influences the mindset of the society (or is rather a result of the mentality of the community). Rape, sexual harassment, domestic abuse, dowry deaths and other crimes against women are a result of this inferior thought process toward women.

The above issues are a classic example of misogyny. Misogyny in the 21st century is turning into messages and jokes. Women are easily and more often than not accused by the 'peacemakers' when she complains about abuse at home. She is expected to "accept" her life. We quickly question her character, level of patience, what she is doing to serve her husband, etc., even when the actual issue may be about the misdeeds on the part of the man/husband.

Instead of demeaning women, it would be better to share jokes, articles, posts which are more respectful toward women. This will help nurture the future generations and accept women for who they are. It will create a better, ethical and equitable attitude in life. Men should learn that women are people who deserve respect and dignity—their opinion, decisions, complaints and consent matter. This change will only materialize when we begin changing our lifestyle and upbringing.

I hope by now, you have pretty much understood what I am trying to explain. Reflect on your behavior and stop discrimination. A light joke and remark can shape a child's future, and the circle of patriarchy will be never-ending. Ask yourself how you want the generations to come to treat the female figures in his/her life. And women, start standing up for yourselves. You might be financially dependent on your husband, but do you want the same dependence for your daughter? Also, never be afraid to ask for being treated right. Your reliance on your husband doesn't allow him to demean and insult you. His entire household depends on you. Never forget that.