Racism: A problem of past and present 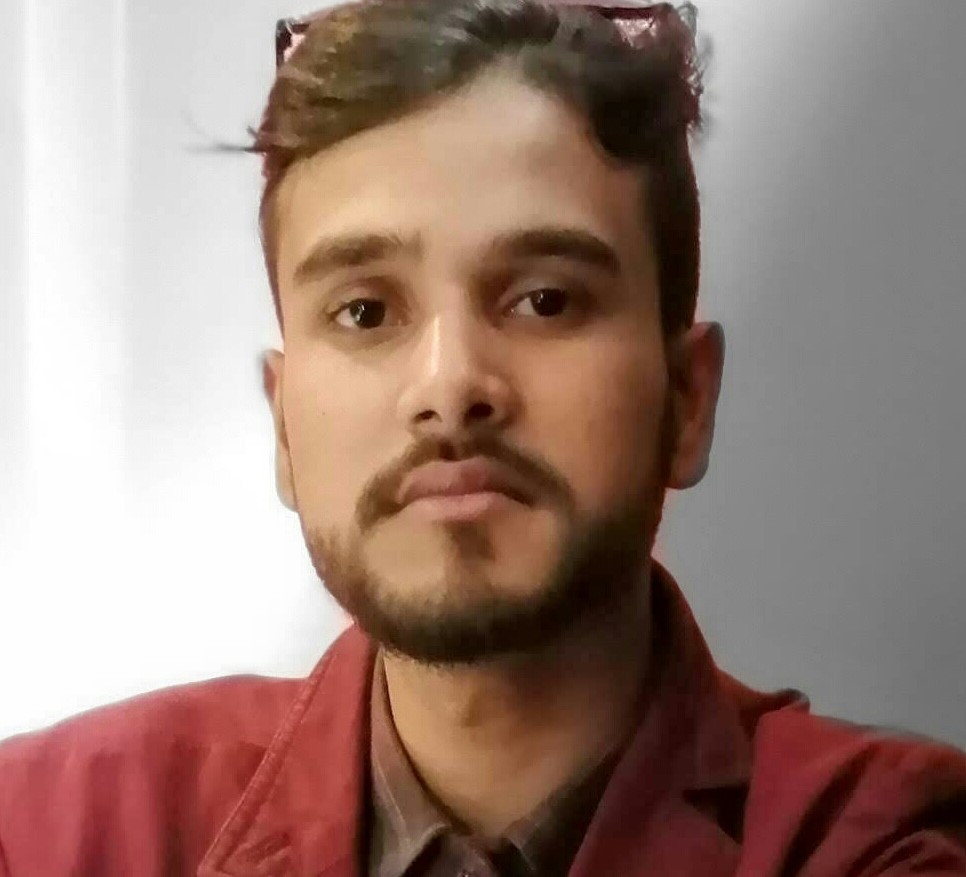 While I was lingering on the search box of my computer, I thought of typing “word” in it. But, accidentally, I typed “white”. Typing error is a common thing, but what I typed was not so common. The thought travelled intermittently inside my mind. Questions jumbled here and there. But, deep down, a question was torturing me—Why I chose white, why not any other word starting with the letter “W”? The answer lies within me and us—within our system—schooling and socio-behavioral malpractice.

Suddenly I thought, white has no whiteness unless it jostles with blackness, or yellowness. The structuralists explicated similar thoughts many years ago by saying everything has two poles; white-black, water-land, male-female, and these poles are called as binary oppositions. But, by giving the divergent idea, Jacques Derrida – pioneer critic of deconstruction, explained about binary oppositions by saying ‘one of the two terms govern the another”. So, we can simply say, in the case of racism white governs black. The root lies here.

Sociologist William Julius Wilson defined racism as an ideology of domination. First, I think, we have to understand about the racial inequality and racial discrimination. Suddenly I remembered Devah Pager and Hana Shepherd, saying racial inequality concerns about unequal outcomes in income, education and health. Whereas, racial discrimination concerns about unequal treatment of races. These two factors combine as racism. So, racism is not just a term used for the discrimination on the basis of color between people, rather, it is about the whole socio-economic agenda of people living in the society.

A Problem of Past

When Christopher Columbus stepped into America in 1492, people were already there. But, white-privilege claimed that Columbus discovered America. Till now, we read that false history. Ian Haney Lopez, writer and professor at the University of California, claims: construction of racism started from 1492. During 1500-1619, first Africans were brought to America. The root of racism inside America started to flourish from The Naturalization Act of 1790 which naturalized white people as free white person with good moral character.

In contrast, racism started in Europe from the Middle Ages. Historical documents reported in European History Online explains that: xenophobia was persistent during ancient Greek civilization. During the Middle Ages, black Muslims were treated as uncivilized and were disregarded from white Christians. Though, European Christianity has some black martyrs like Gereon and Mauritius. During colonization, black people were brought to Europe from Africa for slavery, racism started from there. European practice of racism can be seen in these two old advertisements of Pears’ soap. 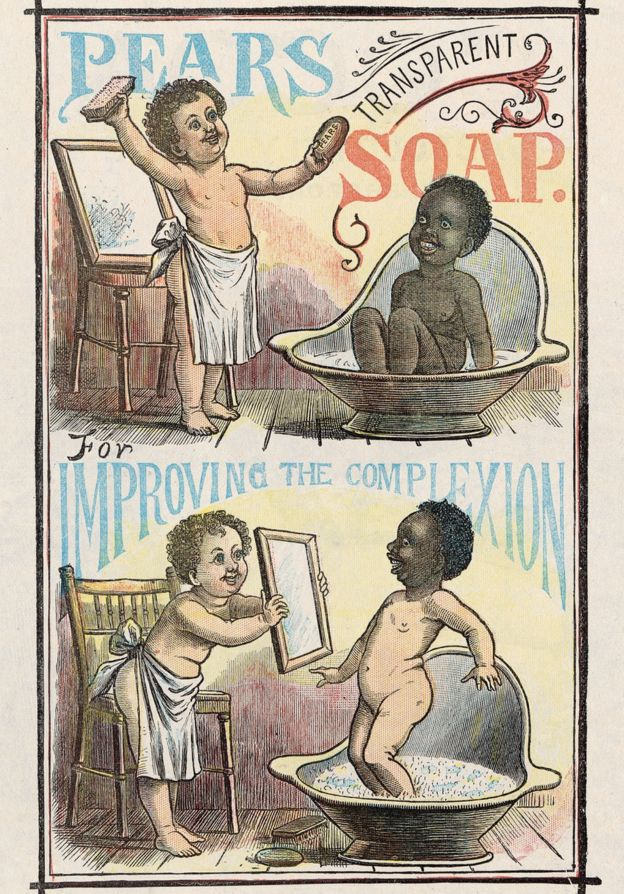 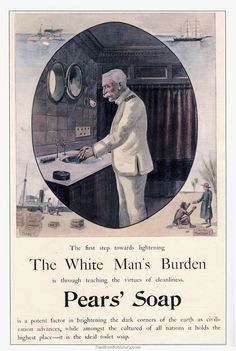 History of racism in Europe was not only Afrophobia but was Antisemitism also. The horrendous crime of the Holocaust committed during the Second World War was also a practice of racism. Around six million Jews were murdered systematically during the Holocaust. The cynical idea of Hitler’s thought on racism created mass killings in Europe which will always give pain to humanity.

Nepal, too, hasn’t been untouched with racism. Many among the majorities in Nepal, do not consider minorities as their people. Upendra Yadav, leader of the then Sanghiya Samajwadi Forum in an interview to Aljazeera in 2015 said: “The mainstream Nepali parties don’t consider tarai people as their own,” this statement hints toward the racial inequality practised in Nepal. The dark-skinned people of tarai, typically known as “Madhesis” are racially discriminated in Nepal as outsiders—especially as Indians. The main agenda of three ‘Mahesh Movements’ in 2007, 2008 and 2015 was to restore the rights of Madhesis who were racially discriminated in Nepal.

A Problem of Present

Nowadays, the world is saddened with the tragic death of George Floyd, an African-American who died last week after being pinned down by a Minneapolis police officer with his knee on Floyd's neck even as three fellow officers remained bystanders. The officer held his knee for nearly nine minutes, on the video captured of the incident. Floyd pleads “I can’t breathe” but to no avail. Protests have been triggered not only inside America but around the world. Black people are again demanding for their equality enshrined in the Constitution and the American Declaration of Independence that states 'All men are created equal.'

A Statista (data gathering website) statistic shows that a black American is 2.5 times more likely to get killed by the police than a white American. Similarly, in Brazil, homicides rates per 100,000 black or brown people increased from 32.42 in 2006 to 43.15 in 2007. These numbers show us that people from minority race die more despite being less in number. The white privilege in education system also discourages the minorities; racial minorities are less likely to achieve a degree than the majority whites. David Wellman describes white privilege as a system of advantage based on race. The world is dominated by this white privilege which needs to be confronted.

Similarly, racism persists in the healthcare system too.  COVID-19, according to BBC News, causes more deaths in racial and ethnic minorities because they don’t have healthcare access and facilities. In Britain, black British and ethnic minorities die 50 per cent more than white British people due to COVID-19. Similarly, in Brazil, deaths are more reported among blacks living in favelas (slums). The idea of racism is not about discrimination about color but about having access to the facilities given by nation and country.

The word racism is a dirty word today. A racist person gets punished more because of the law. A white woman called police to arrest a black man who asked her to leash her dog in the Central Park of New York as required by the rules. She was later fired from her job with the employers stating that such racism cannot be tolerated. The majority in Nepal are also getting closer to ethnic Madhesi people and respecting them in comparison to the past. Education and awareness are changing people’s thoughts. But, cases of racial discrimination still remain in the world.

The idea of white privilege cannot be eradicated in the blink of an eye. The world needs to create equality in inequalities such as: education, healthcare, socioeconomic and other outcomes. People should not be differentiated on the basis of their color. The reason behind my typing white while meaning word is the white privilege which entered into my unconscious through the socio-economic and education system. There are many “I” in the world who practice this white privilege. Unless we reform the society to create equality, more George Floyds will suffer in the future and the ugly practice of racism will persist.