COVID-19 Crisis: Is the worst yet to come? 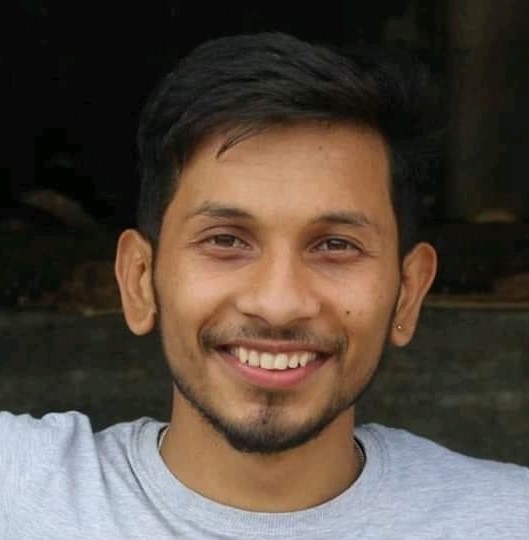 In Nepal, the government-imposed lockdown seems to have taken a longer route with no alternatives left alongside. The increasing cases of COVID-19, with each passing day, have caused dismay and trepidation among the general public. The pandemic has been dominating the headlines for months, traumatizing the general public with fear of infection and death. Although this disease hit the globe as a fast-spreading and ruinous viral infection, lately it is not concealed from the general public, as experts in diverse fields of study have strongly indicated, that this health crisis can soon ravage our economic system and abet a famine. This article is mainly focused on analyzing the preparedness of Nepal, a least-developed country, to deal with a food crisis amidst a pandemic; with a crashed economy, import dependency and a fragile supply chain, while millions of its citizens working in the Middle East and neighboring India are losing their jobs and returning home.

According to the new figures from the World Food Program, over a quarter of billion people around the world may face acute hunger by the end of 2020 because of the coronavirus pandemic. That figure nearly amounts to double the number of 135 million people who currently face acute hunger as per the Global Report on World Food Crisis 2020 in 55 countries just before the pandemic. So it is likely that the problem that arose as a health crisis at the beginning of 2020 will bring about a global food security crisis by the end of this year. Political activist Marcus Garvey said 'Hungry men have no respect for the law, authority or human life' and that has been recently proved by the protest in Chilean capital Santiago amidst the lockdown. The reason behind the protest is said to be hunger and unemployment. Recently, similar instances are being reported from different parts of the world.

Nepal has yet to be self-sufficient in food production despite being called an agricultural country. Although, about two-third of the population is engaged in agriculture, the sector’s contribution to the GDP has been only around 27 percentage. In the fiscal year 2018/2019 itself, Nepal imported agricultural and livestock products worth Rs 224 billion. Heavy reliance on import, even for basic foodstuffs for two meals a day, has posed a threat of food scarcity to the government. As the rest of the world is also enforcing lockdown to contain the virus, the strategy of the government to maintain the food supply while the food imports shrink and the supply chain is disconnected, remains the main matter at hand.

Social distancing and lockdown have resulted in fewer laborers in the field to grow, harvest, and process the crops. The crops are rotting in the field as a consequence. Further, the seeds, pesticides, fertilizers are not easily accessible to the farmers, adding more problems to crop sowing in the upcoming season. The disturbances in movement of food containers and trucks, and extending border delays have also resulted in spoilage of perishable products. The limited supply of goods has already led to an increase in the cost of those stuffs, while the purchasing power of general people is decreasing, which might further worsen the situation.

Despite the coronavirus spreading worldwide affecting the whole of humanity, it also brought the social disparity between the rich and the poor to the fore. The poor are the ones most affected by the virus who are going hungry. In Nepal, there are millions of people whose life was already hanging by a thread even before the start of the pandemic. According to World Data Lab, 7% of our population is living in extreme poverty, and the situation is becoming horrendous with each passing minute. The rich people have stocked up the foodstuffs to adjust with the lockdown routines whereas the poor ones have been skipping meals so that the stocks don't run out soon. Recently a story of a Nepali journalist living in isolation hit the social media, depicting the scenario of Nepalis fighting the disease with mere water and biscuits. Poor nutrition and resulting weaker immunity leaves people of any age group vulnerable to many more diseases.

I fail to put into words the condition of many daily wage workers and laborers who have difficulty in feeding their families even once a day. They have battled not only against the deadly virus but also against hunger every moment respecting the laws of the government. How long are the poor supposed to endure the pain and suffering, when the only policy the government is undertaking to tackle the coronavirus is extension of the lockdown?

Bracing for the future

The pandemic has struck all the economies of the world, as a result many states are limiting their export because of the uncertainty that tomorrow holds. So, it is completely left upon us to take a step to battle out this period.

There has been a drastic change in consumer buying habits, which must be taken into consideration at the moment. The government should prioritize the foodstuffs, and should grant access to them along with other agro inputs. The large area of uncultivated fertile land in the rural areas and the millions of youths returning unemployed from abroad, if articulated together with attractive packages and programs by the government, can not only solve our problem of food shortage and unemployment at present but also pave the way toward food self-sufficient sustainable future. Regarding supply management, e-commerce and the delivery companies could work perfectly fine which is also in consonance with social distancing. Social safety nets or relief packages can be provided to those who are the most vulnerable, which could be granted in the form of either cash or kind. Individuals themselves can play a vital role by avoiding panic buying and hoarding foods.

Hunger is the ultimate challenge

A hungry person cannot distinguish right and wrong and only looks for any way to get food. So will that hungry stomach still follow the government's order of lockdown when the person's own and the family’s life is at stake? The English criminal case of R V Dudley and Stephens showed the situation where the defendants were shipwrecked by a storm and left stranded in an emergency boat for more than 20 days. They then killed a young boy accompanying them to save themselves from starvation. So it cannot be denied that soon we might be forced in such a situation where hunger will make us do things that we never dreamt of. It is the responsibility of not just the government but also of all citizens to protect ourselves and also the ones in need of help during this time of crisis. It is only through collective efforts of all that we can battle out through this pandemic.

(The author is a student at Nepal Law Campus, Kathmandu)