What next after lockdown? 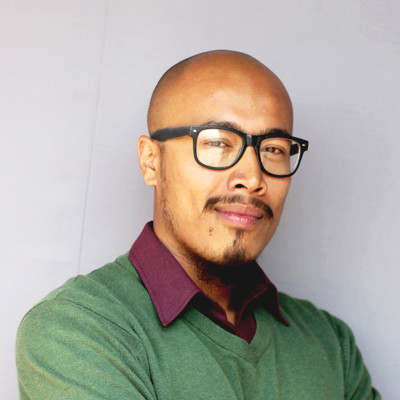 Flatten the curve via lockdown; then what? As long as the health infrastructure does not see an unprecedented scale of enhancement, then we’re pretty much shifting the burden of COVID-19 to the future. The burden comes in (at least) two ways – public health (assuming the virus is as lethal as many are believing) and economy.

We could argue that one of the biggest reasons Nepal has not seen a surge of COVID-19 cases is the lockdown. But there are fundamental problems with lockdown.

First, it does not get rid of the virus itself.

Second, it invariably delays the immunity which is, as it stands today, our best hope against the virus. We know that people in the labs are putting in their best efforts to come up with a vaccine; but we also know that putting in best efforts does not necessarily yield the desired outcome. We never had vaccines for HIV or MERS. I suppose we do not think that back then the people in the labs took their mission to develop a vaccine any less seriously than they are doing now. Now even if we do get one, let’s buy the World Health Organization’s words and say it arrives in 18 months. Are we, then, prepared to impose this lockdown for 18 months? How will we sustain everything else for those 18 months? If you shut the economy, what are we placing our bet on, to save us all? Still, that is being optimistic. Let’s say it takes five years. Do we go for five years then? There is no difference between a five-week lockdown and a five-year in principle. Or, what if it never comes about?

Third, if we act rationally and slowly and incrementally open the economy after, say, seven weeks, then we’re going to start catching the virus again. In other words, the whole lockdown will have been in vain from public health perspective; and from economic point of view, an intervention of criminal proportions.

We are missing the mark on many things in the meantime. We do not know if the strains that are prevalent in China, Europe, US and the rest of Asia and the ones that are here in Nepal are the same ones. We know now that they are different in Europe and the US. Have we been studying that in the meantime? This is a research that should have been happening parallelly in Nepal.

Furthermore, we are ignoring what the data suggests. If we look at the data, it is telling us that the old and ones with pre-existing conditions are more at risk. A Stanford study has found that 99.2% of fatal cases had underlying illness. Now we can all agree that the reason you go for a lockdown is to contain the transmission rather than kill the virus. A rational approach then would be to identify the ones that are most susceptible, and then take necessary measure to ensure that they are not coming in contact with other potential hosts so long that they are not already affected. We haven’t been doing this either.

We also know that the young and healthy are less susceptible. Of course, this does not mean that they will not catch the virus; but this notion of risk should not mean that the state imposes a ban on earning a livelihood. To put that in perspective, let’s take the number of motorcycles that are in the zone of Bagmati. It is over a million. That effectively means that every day, over a million people put their lives at risk by simply choosing the take a bike-ride for whatever reason. But we do not ban motorcycles despite knowing that the risk is real. And that is because we know that that proposition of banning motorcycles is not rational. One cannot overstress the fact that everything else that hurts and kills, also exists alongside the virus and we cannot unsee them. In fact, we now know that those (young and old alike) who were tested positive for COVID-19 in Nepal did not exhibit severe symptoms and our hospitals could easily treat them. There is, therefore, no science or rationality behind this extension of lockdown; just a fear. And only a more painful future awaits us.

There is reason to believe now that the virus may have been in circulation as early as September, 2019. By the end of December, China “alerted” the WHO. January 24, first case confirmed in Nepal. In the midst of this head start, Nepal chose to rather continue to witness and promote the Visit Nepal Year, 2020; even self-proclaiming to be a COVID-19-free country. On March 23, a nation-wide lockdown is announced to go into effect from 6 am of the 24th. Now, why do you go from a “COVID-19-free” country to a nation-wide lockdown in a snap, despite having only one active case of virus, and after having practically squandered the head start? The answer is, to exhibit something (anything) that resembles decisiveness in part of the government that much of the people were already expecting by this point; and equally importantly, to display political power. In other words, popularity and authority, the two dearest factors for a political leader are what led to the nationwide lockdown in Nepal. Concern for public health played little role, if any.

(The author is a researcher at Samriddhi Foundation, and can be reached at akash@samriddhi.org )

Empowering girls with coding: An open call to students of Nepal
Challenges the Chepang community faces in education
My father’s ritual dance and our cultural oblivion
The wisp of my parent's joy
Will Netflix, YouTube apply for license to operate in Nepal?
Memories of Panauti