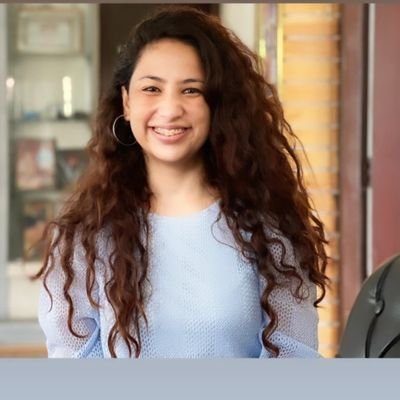 Reporting of incidents of sexual assaults in Nepal has increased significantly in the last 10 years. More survivors are opening up as a result of social media's growth and the global #MeToo movement. Such violations have a wider impact than is generally thought. Cases of sexual abuse also have an underlying effect on mental health, in addition to the legal and socioeconomic repercussions. To comprehend how such events worsen survivors' mental health, sufficient research and studies have not been conducted.

A 24-year-old girl from Baglung in western Nepal was frequently raped by her father-in-law for a few years. Her husband was abroad for employment during that period. When this incident came out, her father-in-law accused her of infidelity and questioned her "character". Though authorities are investigating this matter, her mental health has deteriorated to the point that she has lost most of her senses.

Delay in filing cases for these crimes has deteriorated many survivors' mental health, according to journalist Nisha Oli. The majority of survivors take their time opening up. Their mental health is further hampered by this delay.

The road to rehabilitation is not easy, she continues. Most of the time, survivors are unaware of the necessity. Additionally, there are no agencies or groups that serve as mediators to ease the changeover. Although we are not professionals, I have observed various psychiatric issues among survivors. We can only help them along. The predicament is alarming.

While every instance of sexual abuse is unique, the effects it has on women and girls are often the same.

A 25-year-old traumatized survivor is now residing at a hostel in Kathmandu. The abuser has fled, and she is a long way from receiving justice. Her life has been turned upside down. Her life has changed since her mother passed away. Her father soon moved on after getting remarried. She is living alone now that her grandmother has passed away. For her, this was not the end.

She was assaulted at the home of a relative. Nobody believed her. Rather, she was blamed by many. At that point, everything for her was altered. She has been experiencing mental, physical, social, and psychological difficulties for the past nine years. She started to get suicidal tendencies. She spoke about the events in a very frank manner, unlike the majority of survivors.

Her attempts to get assistance were unsuccessful. However, neither the police nor the public gave her any credit. She contacted many groups, but none of them were able to assist. Organizations like the National Women’s Commission and Maiti Nepal responded in a lukewarm and disappointing manner. They also made fun of her for having mental health issues. They heightened the suffering. Numerous survivors have similar life experiences. Commission employees treat survivors like animals. They torture sufferers instead of offering consolation and compassion. There are numerous instances of survivors who have made it to Anuradha Koirala, the founder of Maiti Nepal, and then returned home sobbing. One of the survivors declared, "All that glitters is not gold.”

Many of the responsible groups have utterly failed in this regard. These groups frequently throw temper tantrums, including berating, requesting that survivors contact the police or bring attorneys, and refusing to offer assistance. The persistent lack of empathy displayed by these institutions hurts the survivors. According to many analysts, social organizations and government entities are found wanting on this issue. Simply put, there is a lack of knowledge, urgency, and priority.

Journalist Nisha Oli claims that survivors have access to safe shelters. These safe houses offer lodging, help with processing abortions, and limited therapy. However, there are little long-term benefits from short-term counseling. According to Nisha, counseling should not only concentrate on giving support but also assist in the development of life skills. These skills bring financial independence and respect.

A Nepali girl claimed a few months ago on her Instagram and Tiktok pages that she had experienced several rapes and other forms of torture. She went on to say that the trauma caused by these sexual assaults had ruined her life and left her with despair, anxiety, and post-traumatic stress disorder (PTSD).

She revealed the abuser's identity and the circumstances she had to deal with after numerous instances of sexual assault in a video that was posted on TikTok and Instagram. There was widespread outrage over this across the nation. Massive rallies and demonstrations demanding justice for her were held in its wake. Her candor inspired many women and girls to talk about their traumatic experiences. The parliament heard debates over the statute of limitations for such crimes.The struggle against sexual assault has gained the much-needed spark.

The case, according to many experts, is just the beginning. The number of sexual assault cases that have been reported has sharply increased in recent years; 2144 and 2230 rape cases were reported in the fiscal years 2018–2019 and 2019–2020, respectively. There were 981 instances in the fiscal year 2014–2015, marking a 10-year high for the number. According to the Nepal Demographic and Health Survey, 7% of women and girls (15–49) nationwide have reported experiencing sexual assault at some point in their lives. Even if the rates are rising, it is believed that they are actually even higher. Many women have been forced to keep such crimes to themselves due to the sensitive nature of crime.

Due to survivors' lack of knowledge about their legal rights and the lack of assistance they receive from friends and family, most of such incidents of sexual assault go unreported or remain secret. Instead of demanding retribution from the offender, many times survivors are questioned about their character instead. As a result, the judicial procedure rarely takes place and most of the time, offenders get away scot free.

The mental health support group Umanga Nepal carried out a poll on a small sample of women. Eighteen adolescent girls were surveyed, and the results showed that 15 of them experienced various forms of sexual abuse. Rape, attempted rape, sexual harassment, and sexual misbehavior were all covered. The majority of them experienced maltreatment as children, and they are still traumatized by it. In most cases, family members, friends, coworkers, boyfriends, and strangers were the culprits. Nine of the 18 females experienced abuse in their own homes when aged 10-14 years from family members and neighbors.

The majority of them struggle with anxiety, sleep problems, trauma, and challenges of trust. Their relationships and profession have both been harmed by this. Their confidence and aspirations have been destroyed by the trauma of such an event. Many of the victims have not yet sought legal representation or confronted their abusers. Social hierarchies and taboos are to blame to this. Fears of judgment, marginalization, and victimization are just a few among them. The majority of poll respondents experience guilt, shame, and panic. They are all guilty of self-blame. Survivors of sexual abuse are frequently at risk for mental health problems because of the trauma brought on by such occurrences and the self-deprecating emotions they elicit.

Sexual-abuse survivors are more prone to experiencing traumatic disorders and trust issues, according to psychotherapist Sita Lama from Mann Ka Kura, who has experience of working with trafficked girls and women. The majority of them are compelled to live with the trauma because they are reluctant to discuss freely about their mental health due to their family history, fear of criticism, and fear of being judged.

She concurs that it takes time for those who have experienced molestation during their formative years or at any other time to open up and find courage. Even if they do open up, they are uncomfortable conversing. In a few instances, people arrive looking for assistance for their "friends." But the majority of the time, it's their own tale.

“Even if they visit us, they are not at ease. Counselors must speak to clients in a way that encourages them to open up and begin believing in us. Some of them crumble and despise their own bodies,” she continues.

The slogan, according to Lama, is "It's not our fault." Acknowledging pain is the first step on the road to recovery. Dance therapy, behavior therapy, and art therapy can all aid with trauma reduction. However, recovery takes time. It won't happen overnight. Every instruction must be followed. It takes some time to find the wound and heal it.

When we respect and cherish our bodies, we can communicate with them mentally and emotionally. We are not to blame for anything that has happened to us in the past. In light of this, Lama considers loving and caring for the body to be one of the most crucial tasks.

Trauma is merely the beginning of the agony trail. Substance misuse is one of the main effects of such trauma. Most survivors take this route to get away from their experience. One of the survey's survivors related a similar experience. Drunken urges to temporarily flee are very likely. Many survivors still take drugs despite being aware of their negative effects. Unprescribed medications are more hazardous than helpful, as has been universally accepted and empirically demonstrated.

Sexual assault cases are not limited by gender or color. It has received a lot of discussion and condemnation. Studies and research of various kinds are being conducted. According to a study by Boston-based Harvard TH Chan School of Public Health professor Karestan Koenen, sexual assault and harassment "often take a significant long-term toll on a victim's mental and physical health, increasing the risk for not only depression, anxiety, and post-traumatic stress disorder (PTSD), but also high blood pressure and sleep loss."

"Not everyone who has been assaulted or harassed will endure persistent and lifelong repercussions. Being surrounded by a lot of supportive social networks can be beneficial for some people," she claimed. But a lot of folks aren't, Koenen continued. “Many women avoid discussing their experiences with others, often for years, out of concern that they won't be believed or that they would be referred to as "nuts" or "sluts." They, therefore, keep a secret from others, which wears them down over time and prevents them from receiving the assistance they require. Additionally, these encounters are extremely taxing on a bodily and psychological level."

Sexual assault instances come in a variety of forms, according to Ram Pukar Shah, a clinical psychologist at Kanti Bal Hospital and CEO of the Subha Mangal Group. Some individuals discover the information after the fact.

"Our conversations are private. We start by getting a better grasp of the clients' behavior, interests, and character attributes. We don't rush because it's a delicate subject and it takes victims a long time to open up. We start by diagnosing the problems, whether they are anxiety, PTSD, or depression.

“Sometimes it's necessary to refer a patient to a psychiatrist and prescribe medicine as well, allowing therapy and medication to work in concert. We try several approaches based on the situation and the severity of the condition. There is therapy for trauma. We have to convince them that they are secure.

“Some survivors recover on their own with counseling, while others require behavioral therapy. Multiple abuse victims require extra time to recover. However, developing trust with your therapist or counselor is a crucial step.

“However, psychological counseling and therapy are still in their infancy in a nation like Nepal. The industry has come under fire for lacking professionalism and accessibility. Whoever is sincere and nonjudgmental is a true professional,” Shah continues.

(The Author is a freelance writer and mental health advocate based in Kathmandu, Nepal @RisalShiksha)

NC forgets responsibilities in avarice for power
Ordinance slap in the face for new House
Our stand on Election Commission's instruction to remove news
Nepal’s contribution to UN peace operations
What to do about Constitution-flouting President?
Stop KMC's thuggery