Approach of anticipatory governance to deal with disasters 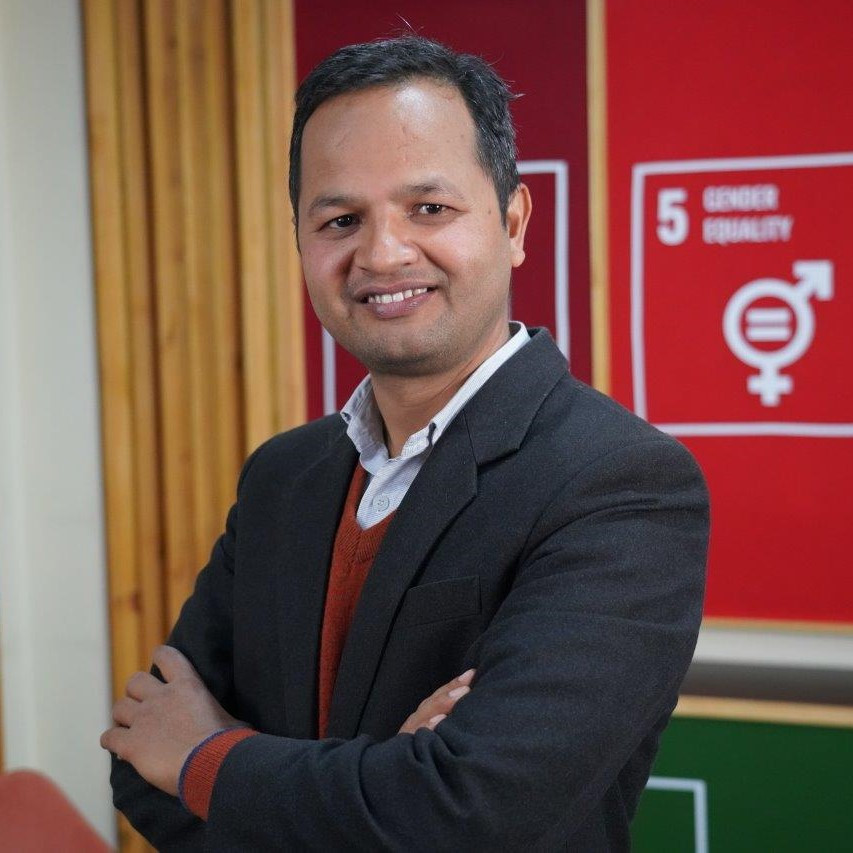 During the monsoon season, almost every day, we wake up to some hazardous events such as landslides and floods and their devastating impact on people and society. Over the last decade Nepal experienced a number of major floods, landslides, windstorms, lightnings, public health-related and other monsoon hazards that caused loss of lives and livelihoods. This explains the diversity of hazards that Nepal faces and underscores the importance of more predictable and accountable disaster management.

The National Disaster Risk Reduction and Management Authority (NDRRMA) estimates around two million people can be potentially affected by the monsoon hazards in 2022. Based on this caseload all three levels of government—federal, provincial, and local—together with humanitarian partners including the private sector have been engaged in preparedness and readiness activities to effectively respond to the potential monsoon disasters.

However, there are questions about effective implementation of such plans and policies. For example, when there is a disaster, provisions on such plans are overlooked. All the disaster management committees at local, district, provincial and federal levels convene and take some generic decisions. Often there is redundancy in the decisions and no follow-up. Coordination with other relief providers such as volunteer groups, private sector and civil society is ad-hoc. In the name of one-door policy, relief activities are held up. Often relief workers find it difficult to navigate the complexities and reach to the population in need of support.

“Funds and materials get allocated. There is never a serious shortfall, but the governance mechanism which is needed most during the time of crisis becomes more confusing. Whenever there is a disaster situation everybody in the bureaucracy and the political system, from ward member to the prime minister, gets engaged,” says Krishna Lamichhane, a Red Cross worker in Nawalparasi of Lumbini province. “They try to politically capitalize on the humanitarian situation and make a trip to the affected site. But real relief work takes a hit.” Lamichhane believes empowering front-line Red Cross network would improve delivery.

An accountable and predictable approach is required to timely protect lives and livelihoods from hazards and ensure effective disaster response. The Constitution of Nepal has entrusted the local bodies with an exclusive jurisdiction and responsibilities in disaster management. The local officials including elected ward officials, police, health workers and Red Cross are the first responders and manage the relief efforts in the critical early hours of response.

Given their detailed knowledge of the community, the local bodies are best able to identify hazards, assess vulnerabilities and design appropriate policies to reduce and manage risks. Local officials are well positioned to spearhead disaster preparedness planning. Moreover, many practical local measures can be implemented at the local level to ensure disasters are managed locally as much as possible and nationalized only when it is necessary.

Although local bodies bear primary functional responsibility for disaster management, local capacity particularly in disaster response is weak. The local bodies lack own search and rescue workers and technical expertise. The district authorities, which are federal government entities, maintain the capability in search and rescue, and support the local bodies. Post-disaster analyses essentially reveal that local disaster management capacities are weak and underfunded.

In addition to the technical capabilities, local decision-making process has to be effective and efficient. “The governance mechanism has to be facilitating and coordinating in responding to disasters or other problems in the society,” says Deputy Mayor of Rajapur Municipality in Bardiya Mankala Kumari Chaudhary. She emphasizes that necessary guidelines, protocols and standards have to be developed and updated by the government. To have predictability in governance, there must be accountability of the elected officials and the institutions and partnership with wide range of actors in the society.

Given the unpredictability in hazards, the country needs to move away from the traditional form of reactive approach to more anticipatory approaches. The anticipatory approaches are the ability to harness the collective intelligence and wisdom of collaborating with organizations and citizens. According to Leon Fuerth (2009), anticipatory governance is “a system of institutions, rules and norms that provide a way to use foresight for the purpose of reducing risk and to increase capacity to respond to events at early rather than later states of their development.”

Better disaster preparedness and anticipatory governance could be achieved by emphasizing readiness for all types of hazards and involving multiple dimensions including mitigation, preparedness, response and recovery.

Nepal has started practicing anticipatory governance approach in disaster management one way or the other. For instance, the government, security forces and other partners annually organize simulation and drill exercises before the onset of monsoon season. These exercises are important in diagnosing shortfall in disaster response plan and mechanisms and help in fostering strong working relationships among the responders.

The Department of Hydrology and Meteorology has been providing three-day and the long-range forecasts. Based on these weather forecasts, authorities disseminate early warning messages to the communities. The local governments and relief organizations are able to implement some preventive and mitigative measures before there is a flood.

Also, there is an ongoing discourse on strict implementation of land use policy to reduce the impacts of hazards. The land use regulations that prohibit construction on risky land such as flood plains contribute to averting the disaster. “Traditionally, the community and its leaders have set norms and rules on the land use and zoning of land. The land was classified based on its nature and topography. But these days with boom in real estate every piece of land, even dangerously sloping land, is being bulldozed,” says Khagendra Pant, local high school teacher in Bhajani, Kailali.

The NDRRMA is leading scenario-based preparedness which involves analyzing underlying risk and vulnerabilities to different hazards and developing caseloads. The authority asks different ministries, departments and partners to prepare a plan based on those scenarios and caseloads. It also involves measuring a community’s capability to respond effectively—such as planning for the evacuation sites for people living with disability. The NDRRMA has embraced the principles of risk management in its disaster preparedness and response approach. Risk-based emergency planning involves assessment of the risk a community is likely to face, and estimation of probable impacts associated with these risks over a specific period. The process of identifying, analyzing and prioritizing risk is increasingly regarded as the optimal means to allocate scarce emergency management resources.

The underlying risk posed by the climate change and unpredictability in the hazard patterns warrant anticipatory governance to take preventative and mitigating approaches in saving lives and livelihood. It’s high time we made disaster response and recovery work more predictable, accountable, and responsive. With these unprecedented challenges, the policy development requires speed. Some policies must be developed and updated within a short period of time. The scope of the policy work and problem of the communities need to be adequately diagnosed. Additionally, resources from each level of government should be brought to the table and inter-governmental collaboration should be forged. This is how a system that is able to respond to the unexpected crises arising from climate change can be built.

To make disaster response anticipatory, a multi-hazard early warning system has to be put in place. A system that is able to cope with any foreseen and unforeseen crisis requires updating and activating the communication networks across provinces, districts, local bodies and practitioners.