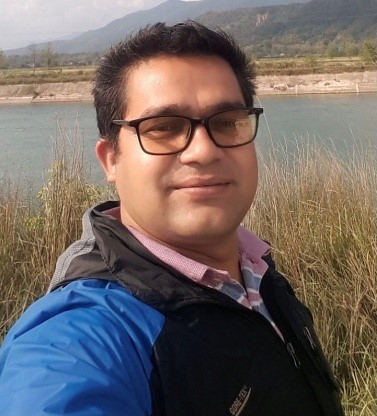 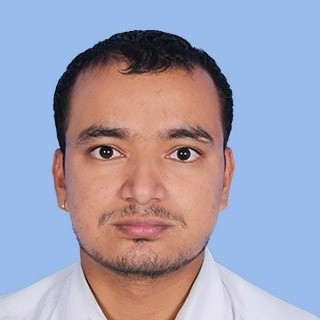 The world is currently experiencing the threat of COVID-19, which has affected 220 countries and territories. Being a Himalayan country with complex landscapes, lax quarantine systems, under-resourced health care and public health systems, less capacitated diagnostic facilities, and a long open border with India, Nepal is on the brink of health care failure and severe risk from COVID-19 pandemic. The risk has already been evinced by severe outbreaks of COVID-19 in Nepal that ranks 18th  in active cases, 41st in total cases,  and 51st in total deaths (as of May 31). However, the data is supposed to be underestimated due to limited testing, and lack of case tracing are common in Nepal.

Some measures were adopted initially to prevent the COVID-19 outbreaks, such as nationwide lockdown, closure of academic institutions and all entertainment and sports avenues, implementing travel restrictions from affected countries and borders. However, all of those measures were poorly implemented; Nepal experienced growing cases of COVID-19 despite being controlled. Reviewing the global scenario shows the COVID-19 outbreaks have been linked to the country’s public health, economic, political, and social systems. Thus, these systems should be understood to determine the appropriate preventive and therapeutic strategies of the pandemics.

The COVID-19 pandemic has exposed the fragility of the country's health system, inequalities, and poor governance. The second wave likely driven by B.1.617.2 variant, that is reported to be highly contagious, aggressive, and fatal, has led to mass fear on the Nepali people. As of April 30, 2021, all of the as intensive care unit (ICU) wards in all of the private and public hospitals were already occupied with serious cases of COVID-19. It is a pity to see that healthcare workers provide their best services to COVID-19 patients despite being infected themselves. Many city hospitals have already run out of the necessities such as ICU beds, ventilators, oxygen, and drugs used in COVID-19 treatment. Hospitals close to Indian border have experienced massive cases of COVID-19, and this harbingers the worst situation in future if further integrated activities are not performed soon. This has been aggravated by flocking of a large number of people from India into Nepal through the porous borders, and the government not being able to control such movements. This has raised a serious threat to the introduction of new viral strains into Nepal. There is no hope of health facilities including PCR tests and others for the rural and disadvantaged people, especially in the high altitude areas with difficult landscapes. These are the underlying causes why COVID-19 patients are not traveling to the hospitals and thus are hidden from the government statistics. One can argue that overwhelming hospital attendance, strained and exorbitant health system, health services fatigue, and the resource constraints predict an even worse situation in the coming days.

Who is to blame?

The main question regarding the second wave is who was to blame. Health workers and public health experts had already warned the government of the possible tsunami of the COVID-19 due to new viral variants. They urged the government to ramp up efforts to upgrade hospitals, arrange ICU beds, and get vaccines. Although COVID-19 Crisis Management Center (CCMC) frequently advised the government to take precautions, plans, programs, and policies related to the future outbreak, the government turned its blind eye to engage experts and use data and science and follow the public health advice. On January 28, 2021, when no death was reported for the first time after the start of first wave, health care authorities and government believed the COVID-19 epidemic was under control, were complacent, and did not prepare for possible future outbreaks. Thus, the government did not carry out border lockdown for Nepali workers and people celebrating religious/cultural events returning from India or Indian people who flew from Kathmandu to other countries by air. From the first COVID-19 wave, the government was busy concentrating on other political affairs such as infighting in the ruling party, dissolution of parliament, demonstration of power via rally, restructuring Cabinet at the central level, toppling the governments at the provincial level, and lobbying to pass the Millennium Challenge Corporation (MCC) Compact. The opposition parties also did not care about the pandemic as thousands of their cadres also participated in rallies and programs. While the government prohibited gathering of more than 25 people, the prime minister himself attended many public events for inauguration, political speech, and religious ceremonies, surrounded by hundreds of mostly unmasked people. In addition, politicization, false information, rumors, claims, and advocacy in social media fuelled the non-compliance, conspiracy theorists urged the general people to not follow the preventive and control measures against COVID-19. For example, PM KP Sharma Oli's hearsay regarding guava leaf therapy, turmeric powder therapy, spicy therapy, and the so-called theory of naturally immune Nepalis do not have any scientific pieces of evidence. It was highly criticized by politicians and non-aligned scientists. However, he blamed Nepali people for their negligence when the second wave hit, and then, he touted his government, claiming everything is under control, indicating his hunger for self-ennoblement. In the meantime, there are reports of corruption in the purchase of essential medical supplies and vaccines against COVID-19. This has resulted in the growing anxiety and frustration among citizens regarding the government’s healthcare and economic response to the pandemic. Therefore, the PM seems to defend his government, hiding its moral failure, apathy, incompetence, and corruption regarding COVID-19 control.

Nevertheless, it was a welcome move of the government to make a plan to inoculate all of its citizens by the end of April 2021 beginning the vaccination campaign in January.  As of March 15, 2021, 1.6 million people or less than 6 % of the eligible population had received single dose of vaccine while more than a million older adults have not got their second dose of Covishield well over two months after receiving the first. It was interesting that when PM Oli was machinating to dissolve the House, the US Senate Foreign relations Committee discussed about vaccine shortage in Nepal. The recent announcement of Chinese President Xi Jinping to provide a million doses of vaccines to Nepal indicates a critical worry advocated about Nepal by the emerging leaders around the globe.

While the second wave is engulfing the country, Nepal should fight with it based on scientific evidence and medical experiences. First, it should learn a lesson from the experiences of countries like New Zealand, South Korea, Taiwan, Israel, and others on how to effectively apply control and preventive measures and promote equitable vaccine distribution. Policy, which prioritized economy rather than public health in few countries like USA, India, Brazil, and others, led to the failure. Therefore, efficient and wise leadership in the current situation in Nepal is mandatory. Second, considering its capacity, Nepal should focus and invest more in the early detection, identification, and containment of viruses at the community level in all seven provinces. For this, the central government should mobilize the microbiologists, biotechnologists, zoologists and health workers via a fast-track employment system and work with health centers at the local level. Third, the government should welcome and facilitate travel permits for those individuals, groups, charities, or organizations who want to support COVID-19 patients as well as other patients. Thousands of Nepali people are volunteering delivery of the patients to the hospitals and providing primary care or quarantine centers, oxygen cylinders, antibiotics, and drugs. For this, Nepali people around the world are also playing essential roles. Fourth, a healthy collaboration of the government with different line ministries, different political parties, and prompt application of the advice given by the CCMC is essential. Awareness programs regarding vaccine hesitancy and COVID-19 management via proper use of media are critical and can be conducted by following the World Health Organization (WHO) guidelines. Fifth, the government should have aggressive contact tracing, epidemiological and molecular studies to better understand circulating variants and their epidemiological features and to implement effective control measures.

Nepal should also talk to authorities in India about the establishment of temporary isolation centers and the closure of border entry. Sixth, in vitro as well as in vivo research using natural products, drugs, and vaccines related to the treatment and preventive strategies of COVID-19 should be conducted. Seventh, the government should implement mass vaccination as well as non-pharmaceutical interventions such as universal masking and social distancing, which have been proven successful in controlling the viral spread. It would also be better to provide alternative approaches such as deferring the second dose to accelerate and maximize vaccination coverage to the susceptible population, as practiced first in Britain. Eighth, a 'vaccine passport' or 'e-vaccination certificate' should be regulated at least at the international airport so that only the fully vaccinated individuals are allowed to enter the country. Finally, Nepal, whose current health expenditure per capita is only US$ 45.5 needs the international community including the WHO to help her combat the pandemic. How successfully Nepal defeats COVID-19 depends on the responsible leadership and public health interventions by the government.

(Dr Acharya is Veterinary Officer at the Animal Quarantine Office and Dr Ghimire Assistant Professor at the Department of Zoology, Tri-Chandra Multiple Campus)