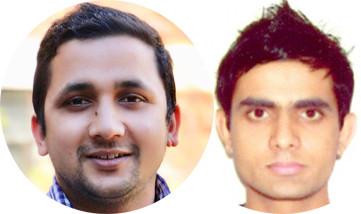 The coronavirus pandemic has completely engulfed the world. As of April 22, there have been over 2.5 million confirmed cases and almost 180,000 deaths worldwide with the United States now the epicenter of the crisis. The worldwide shutdowns necessary to contain the spread of the virus has been quite detrimental to the global economy. What is good for public health has been devastating for economies around the world. In the United States, about 17 million people, more than 10% of the labor force, filed for unemployment claims during the month of March. Canada shed more than one million jobs in March, which represents almost 5 per cent of country’s labor force. The statistics are unavailable for Nepal but if it were, it would be damning for the economy. Since there is no public provision for lost income in Nepal, there are no estimates to rely on to quantify the labor market effects of the economic shutdown.

Governments and central banks globally have unleashed fiscal and monetary rescue packages to mitigate the economic effects of the coronavirus pandemic. The US recently approved a massive $2.2 trillion fiscal stimulus package along with trillions of dollars of injection of liquidity through unprecedented lending facilities through the Federal Reserve. The EuroZone recently agreed on half-a- trillion euros worth of rescue package for coronavirus-battered economies and is also mulling over another 3.2 trillion euros worth of additional packages. In India, the Narendra Modi government announced a 1.2 trillion rupee stimulus plan, including direct cash transfers and food security. According to the International Monetary Fund, countries around the world have taken fiscal actions amounting to about US$ 8 trillion along with unprecedented monetary and liquidity measures to keep their economies afloat during the crisis. All in all, the countries around the world are throwing the kitchen sink at the problem. The goal is to have a “V-shaped” economic recovery (rapid upturn after recession) once we get the pandemic under control as opposed to a “U-shaped” (longer recession before recovery) or an “L-shaped” recovery (severe recession and never recovering to previous growth rate). Nepal did come up with its own relief measures last month, which included discounts on household utilities like electricity and internet as well as extension of utility payment deadlines, temporary tax relief for hardest-hit sectors, and an announcement of in-kind food provisions to be administered through the local bodies.

One of the biggest concerns at the moment is how best to take care of the daily wage-earners. The government has been criticized heavily on delaying cash-transfers to daily wage earners, but it is encouraging to see the efforts from the local units in identifying the vulnerable groups and disbursing the funds. A lack of pre-existing data on them has certainly stalled the relief process, but we should use this opportunity to set up a national database for these groups by merging the data across the country. The government has requested them to register at their local bodies in order to get the benefits from the local government funds. But many workers are trapped in the city where they work making it inaccessible for them to those benefits when they need it the most.

An inability to pay rent is another significant hurdle for the daily wage earners. It is not rational to ask the landlords to waive rental payments for their hardest-hit tenants, and the government has already seen a backlash toward that end. The frustration is natural because rental income comprises a significant share of income for many landlords, and they may be counting on this source of income to cover their mortgage payments. Rather, the federal government could authorize local units to distribute means-tested vouchers for rent that the hardest-hit tenants could use to pay their rental income for the next three to six months. These vouchers would either be redeemed online, at their banks, or from the local bodies. The benefits are two folds. First, landlords would continue to get their rental income. Second, the local bodies can bring the rental incomes into the formal economy thereby enabling them to tax these incomes in the future. This can be a win-win situation for the government in the long run because this will lure the existing landlords to register their rental income and hence, the government can tax them when the economy recovers to normal state. It is also equally important that local bodies maintain the data of the vulnerable groups identified for the aid program so that it can be used as a criterion for other welfare programs in the future.

The relief measure is also silent on the issue of food security. The neighboring country is in complete shutdown for almost a month, and there is no end in sight soon. As the blockade a few years ago has laid bare the vulnerabilities of our economy, food crisis is not too far away. Farmers at home are having to waste milk, eggs, and other agricultural produce because of the imposed shutdowns. The government should step in and purchase these products to fill in the current void as well as redirect them in food banks and cold stores for use in the next few months. They are also unable to carry out their regular planting and harvesting. The government could also loosen up lockdown measures in the agricultural sector because planting and harvesting is time-sensitive. Losing a few weeks would mean losing the entire season’s yields.

The coordination of fiscal and monetary policies is ever more important during these times. The Nepal Rastra Bank (NRB) has taken some steps toward that end. As per the NRB circular to banking and financial institutions dated 12/16/2075,  the Cash Reserve Requirement (CRR) has been reduced to 3%, and the interest rate on the Standing Liquidity Facility (SLF) rate has been reduced from six to five percent. Banks have been directed to defer interest and principal payments on all types of loans for three months and to offer a 10% rebate on timely payments. In addition, the NRB has raised the cap on the refinance facility to Rs 60 billion. Furthermore, there is a provision relaxing short-term countercyclical buffers. The NRB is no longer requiring banks to build up the two percent countercyclical capital buffer that was due in July 2020.

Countercyclical buffers are requirements for banks to maintain a higher capital-to-asset ratio during periods of economic expansion when banks are making high volumes of loans. These are in place to ensure that banks remain solvent if the value of the assets decline rapidly.

All of these steps are encouraging. However given the magnitude of the crisis we are in, the NRB should not shy away from taking some unprecedented steps. The NRB should consider further reductions in the SLF rate and CRR to inject more liquidity into the banking system. For example, the Reserve Bank of India exempted the CRR requirement for all retail loans back in February. We should consider doing the same here in Nepal and also relax other capital adequacy constraints for banks to unclog credit freezes in the economy.

The NRB has also directed Banks and Financial Institutions (BFIs) to approve short-term loan application from tourism and travel industry within five days if they had good credit standing before the crisis. However, the biggest concern at the moment is that banks may be unwilling to lend to these hardest-hit businesses which were otherwise healthy before the crisis. In order to mitigate this risk, NRB could start a facility akin to the Main Street Facility that the Federal Reserve in the US started on April 9. Under this proposed facility, troubled businesses could access loans from commercial banks, and commercial banks would then be able to sell a big fraction of the newly originated loans to the NRB conditioning on the borrowers having maintained solid credit standing before the crisis. This will enable the banks to continue lending without having to worry too much about the downside risks from the hardest-hit sectors. The NRB would create a Special Purpose Vehicle (SPV) and the Ministry of Finance would make equity investment to cover losses on these investments. The SPV will stop purchasing these loans from the eligible lenders at a certain date in the future once economic conditions improve. The NRB can also launch a Primary Corporate Credit Facility to purchase newly issued corporate bonds to provide financing alternatives for corporations during these difficult and uncertain times to the extent that corporations would be willing to issue new debentures.

Given the widespread slowdown of the global economy, remittance income is sure to fall in 2020 and possibly in 2021. This puts the foreign exchange reserve of the country  in a very precarious position. As of mid-February,  the foreign exchange reserves of the banking sector was only sufficient to cover the prospective merchandise imports of 9.7 months, and merchandise and services imports of 8.5 months according to the “Current Macroeconomic and Financial Situation of Nepal” report published by the central bank.  Much has changed in the world stage with the pandemic since mid-February. The price of crude oil has seen a record low, thanks to the worldwide fall in demand for oil compounded by the price war between the Saudis and Russia. The Saudis and Russia have since reached a truce but that has yet to prop up the price due to the very low demand. The oil dependent economies in the Middle East will crater in economic activity. Even the comparatively diversified Middle-eastern economies such as Dubai with a huge tourism sector will see a dramatic reduction in tourists until a vaccine is developed. The NRB has already imposed a temporary ban on import of luxury goods, but it is important to identify essential items from non-essential ones early on so that we prevent the drainage of foreign exchange reserves and protect our balance of payments position.

This crisis has clearly exposed the vulnerabilities of a remittance-driven economy such as ours. We should utilize this time thinking about how we can diversify our economy to improve resilience to different shocks.