Fire broke out at a scrap warehouse, owned by one Bachcha Sah, situated outside the Ring Road in Dhobighat of Lalitpur at 1 PM Wednesday. The fire was brought under control after nearly one and half hours.

Three people were injured in the incident. They have been taken to Kirtipur Hospital for treatment.

Sah, an Indian national, has been running the warehouse for the past 14 years and has also provided employment to five people there.

All five workers were in the warehouse when the fire started. Three of them suffered burns to their faces in the incident.

According to the preliminary investigation of police, the fire could have been caused by an electric short circuit.

Fire brigades of Kathmandu, Lalitpur and Bhaktpur, water tankers, police and locals finally brought the fire under control after nearly one and half hours.

Police said that details of the damage caused by the fire have yet to come. 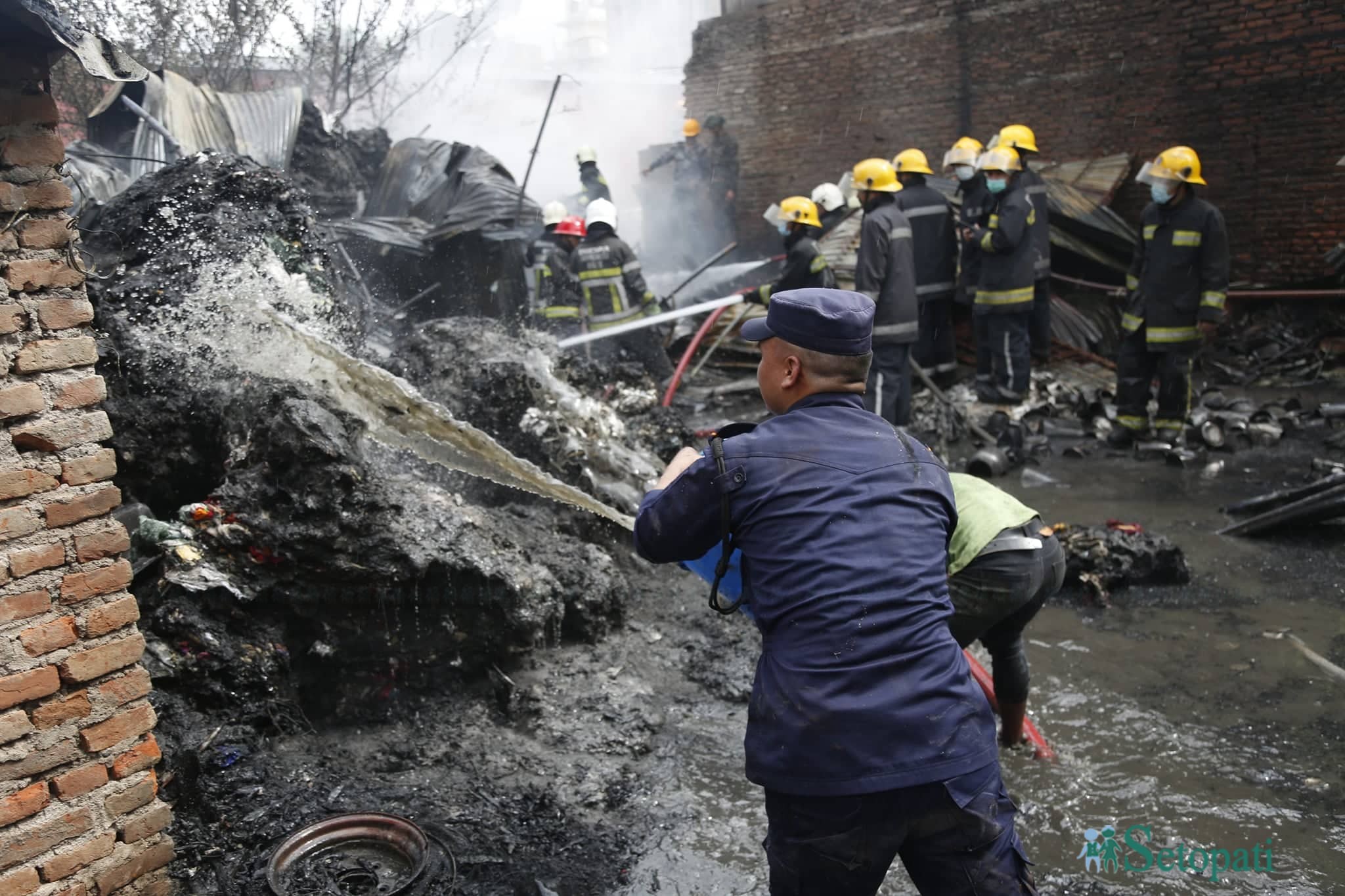