No digging of roads until mid-September

The Department of Roads has prohibited digging of roads for the next three months during the monsoon season.

Issuing a public notice on Wednesday the department has said repair and maintenance of roads cannot be carried out during the monsoon season if the roads are dug for the purpose of taps, sewers, electricity and telephone.

It has clarified that permission cannot be granted for digging the roads from mid-June until mid-September as the roads can be damaged further in lack of repair and maintenance during the monsoon season.

"We inform that action will be taken as per the Roads Act 1974 if someone forcibly digs the roads," the department has warned. 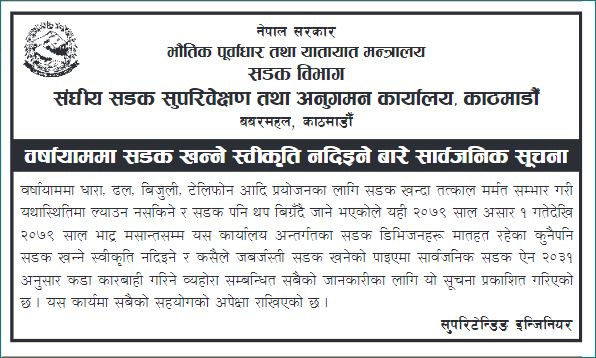