Lawmakers have lately been seen dressed in similar attires and colors in House of Representatives (HoR) meetings.

He even clarified about it during his speech in Parliament the next day. “I was never against daura suruwal and coat,” he said. “I did not see display of revolutionism bringing good results in elections. Those who wear it [daura suruwal] have won. Those who don’t have lost.”

The House erupted in laughter following his remarks.

Sharing a light moment with leaders after the ceremony, National Assembly Chairperson Ganesh Timilsina even joked about how he saw red all around him.

The female lawmakers wore the blue saris during the first House meeting on January 9 and also during PM Dahal’s floor test a day later.

When the House meeting on January 10 was postponed from 11 AM to 1 PM, some female lawmakers took the opportunity to discuss saris too. Nepali Congress lawmakers Arju Rana Deuba and Manju Khand inquired with female lawmakers from UML about their saris. UML lawmaker Sarita Bhusal told them that they had received the saris as gifts.

Red muffler seems to be another favorite with lawmakers these days, with most male and some female lawmakers seen wearing red mufflers in House meetings. 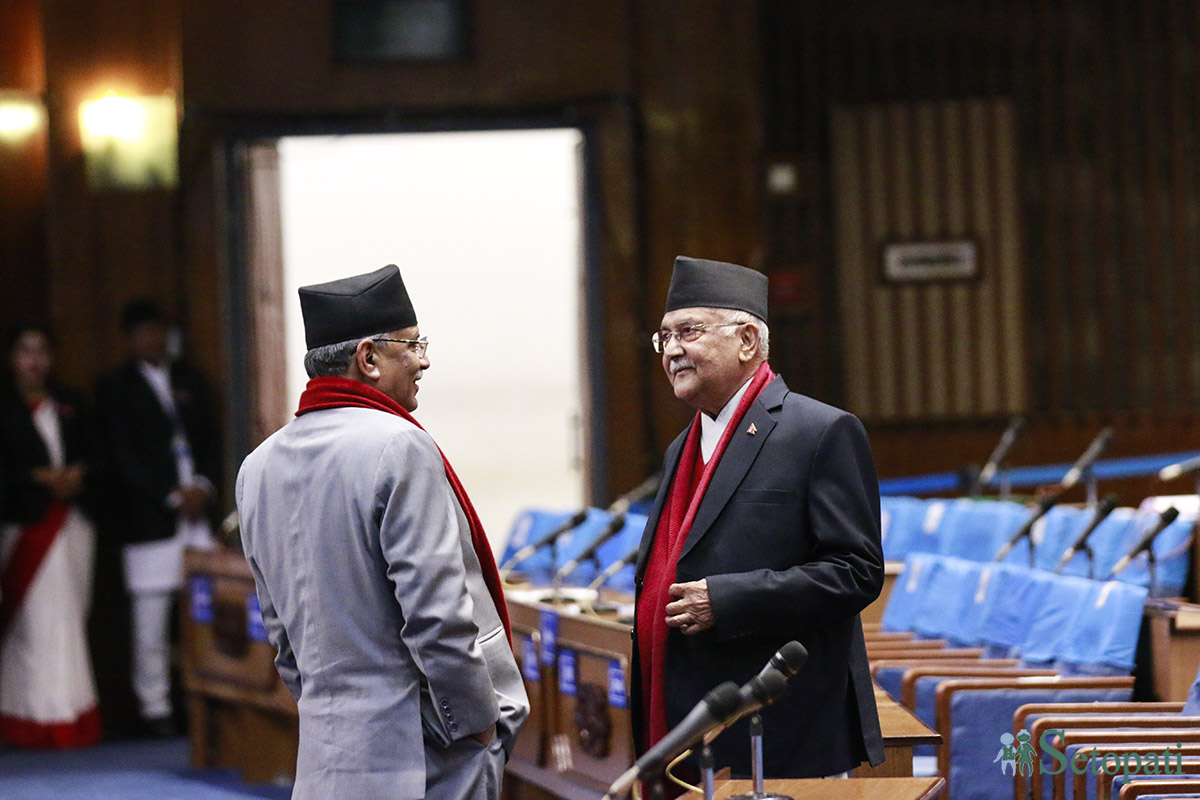 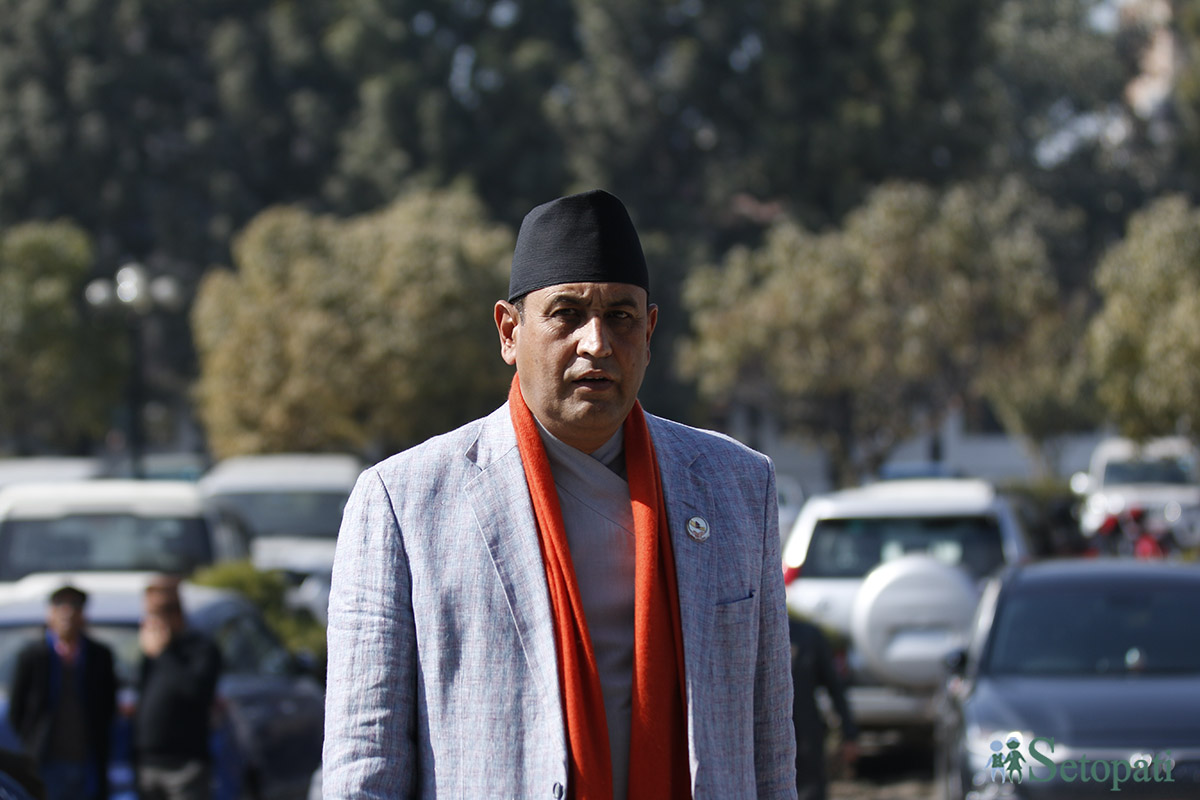 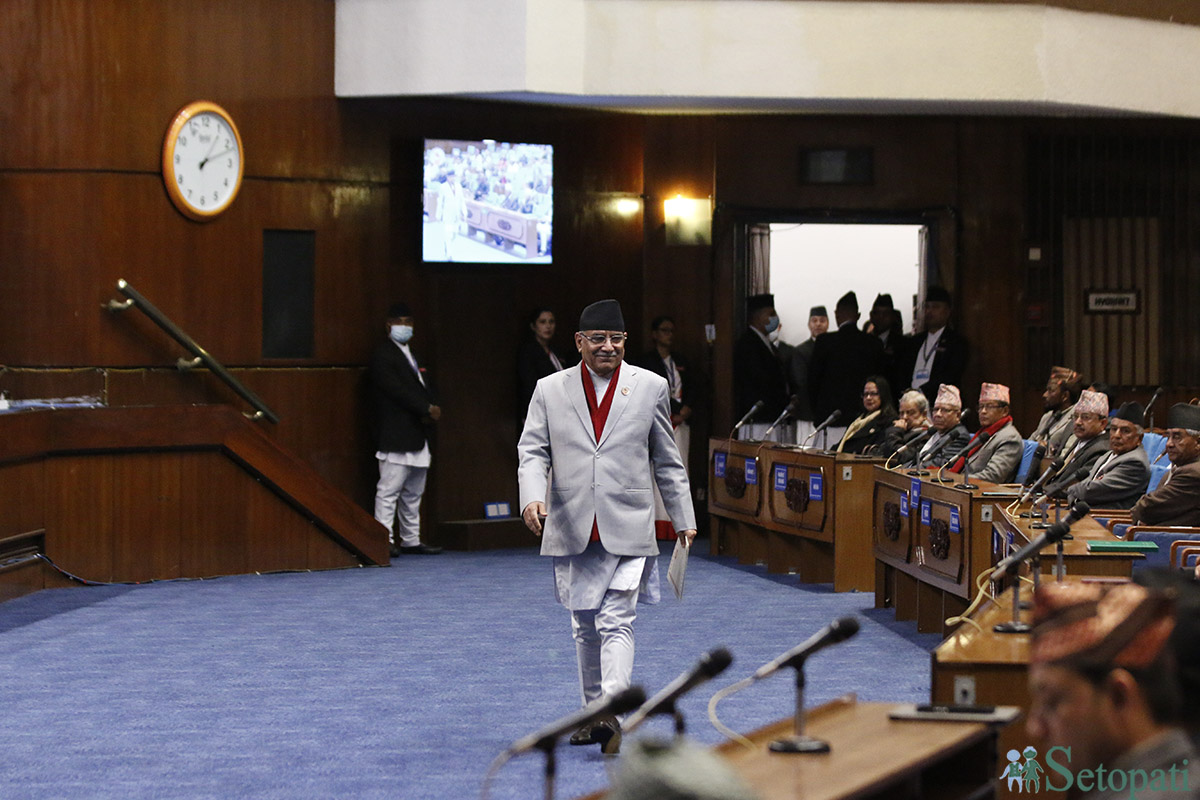 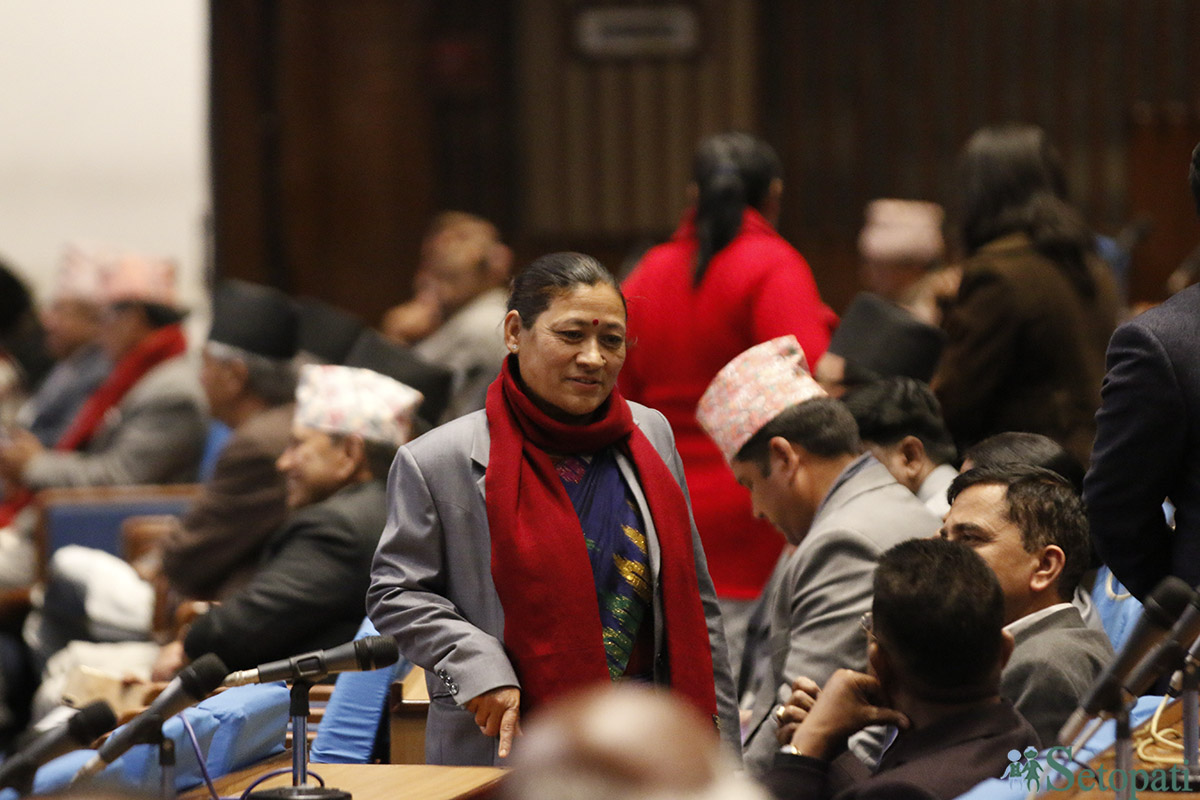 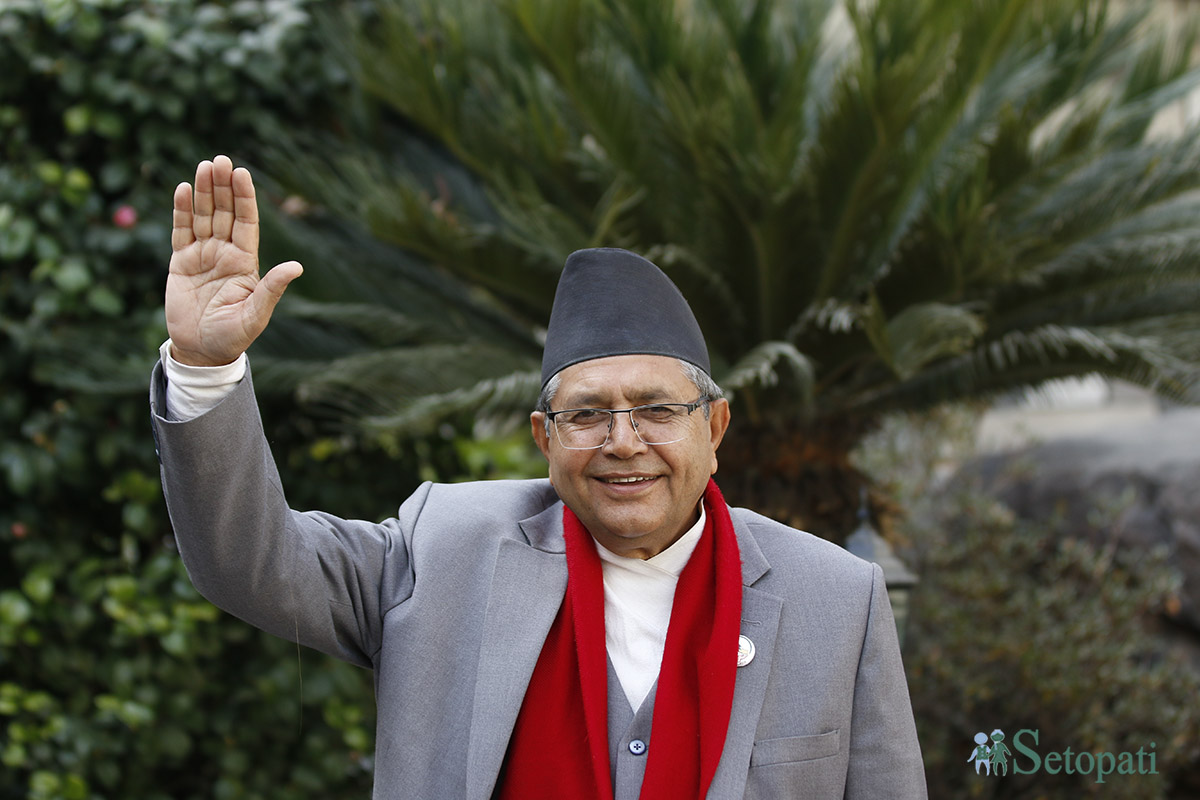 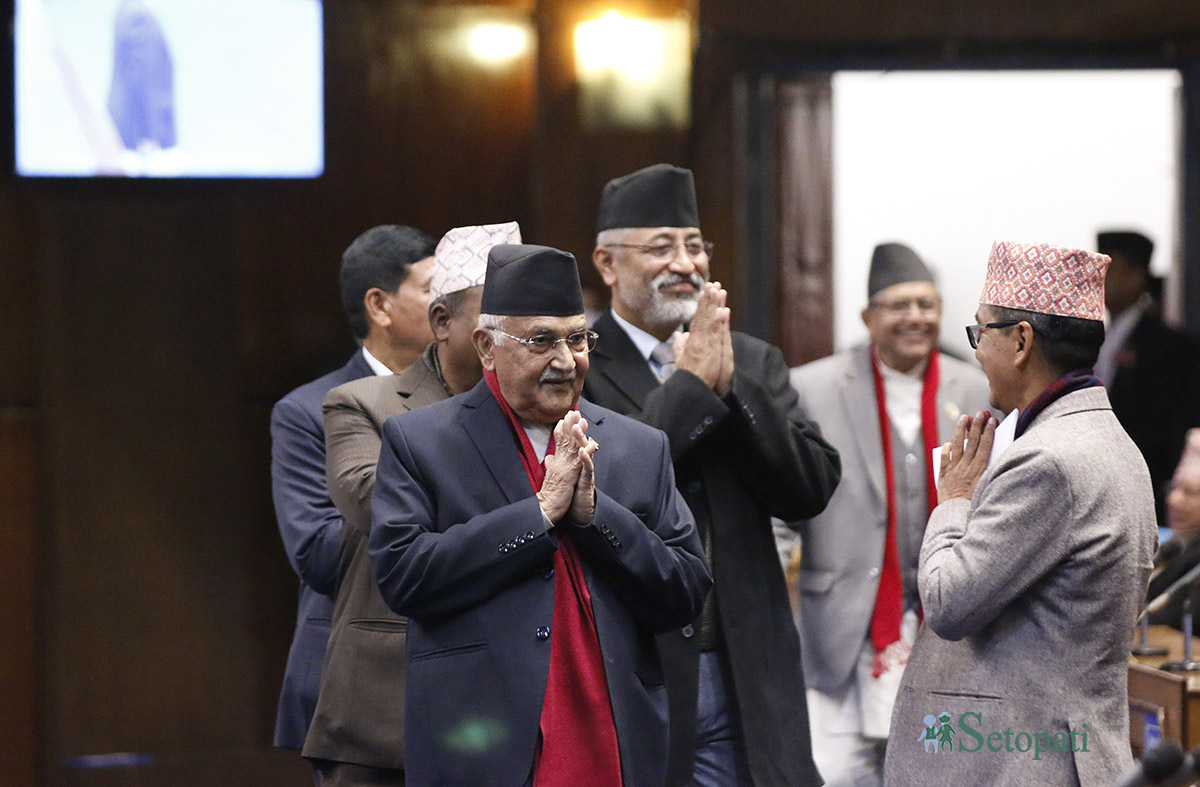 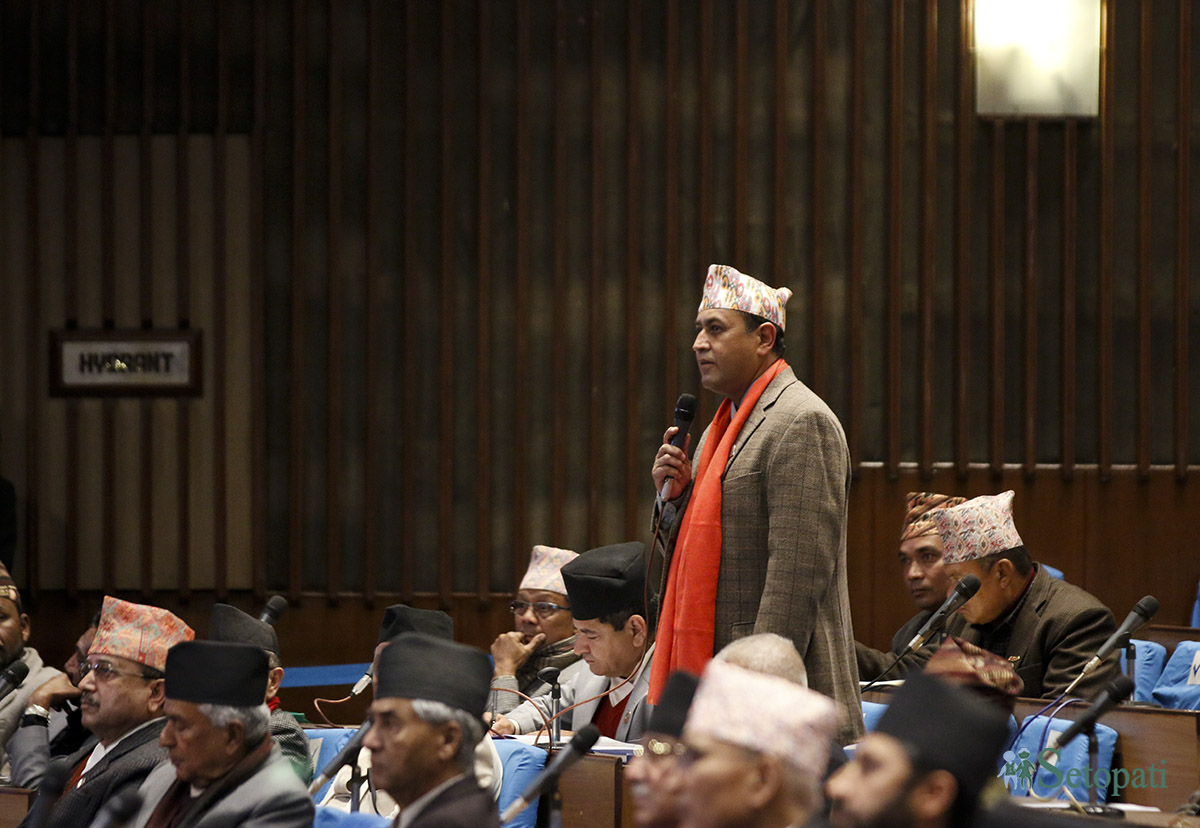 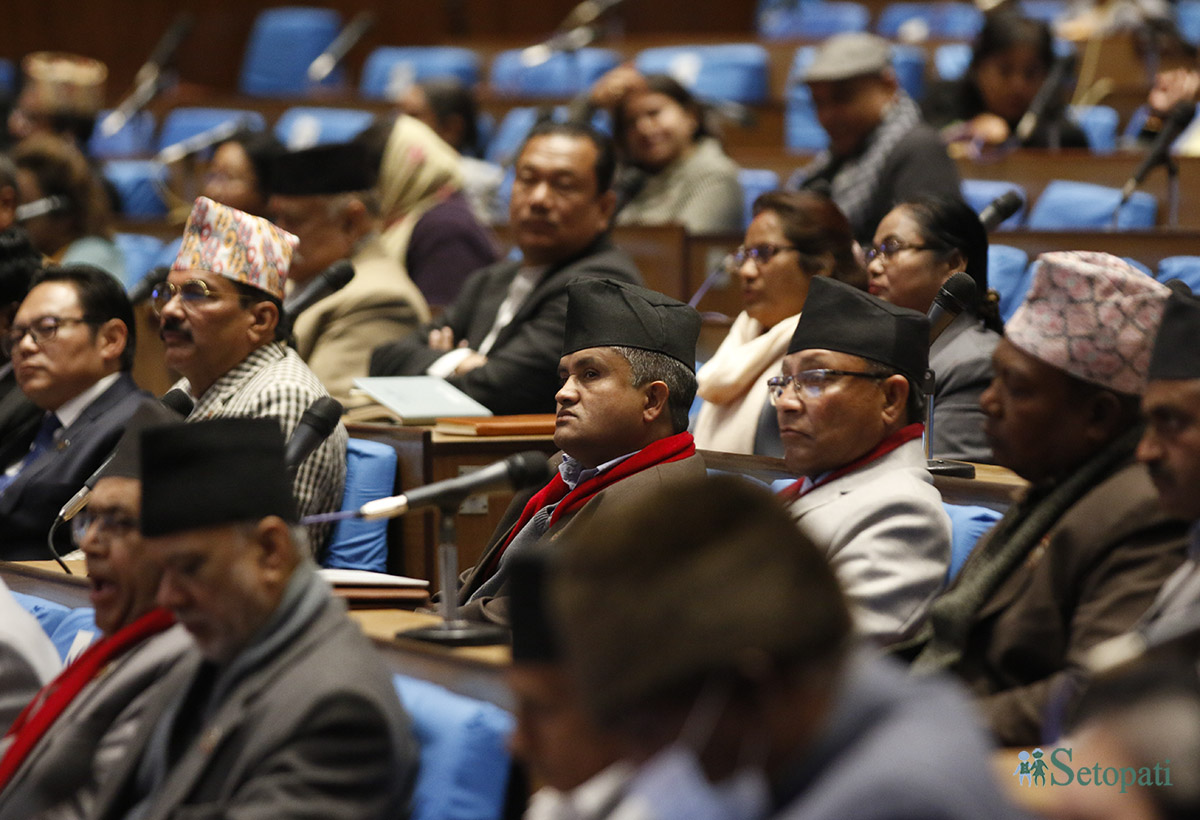 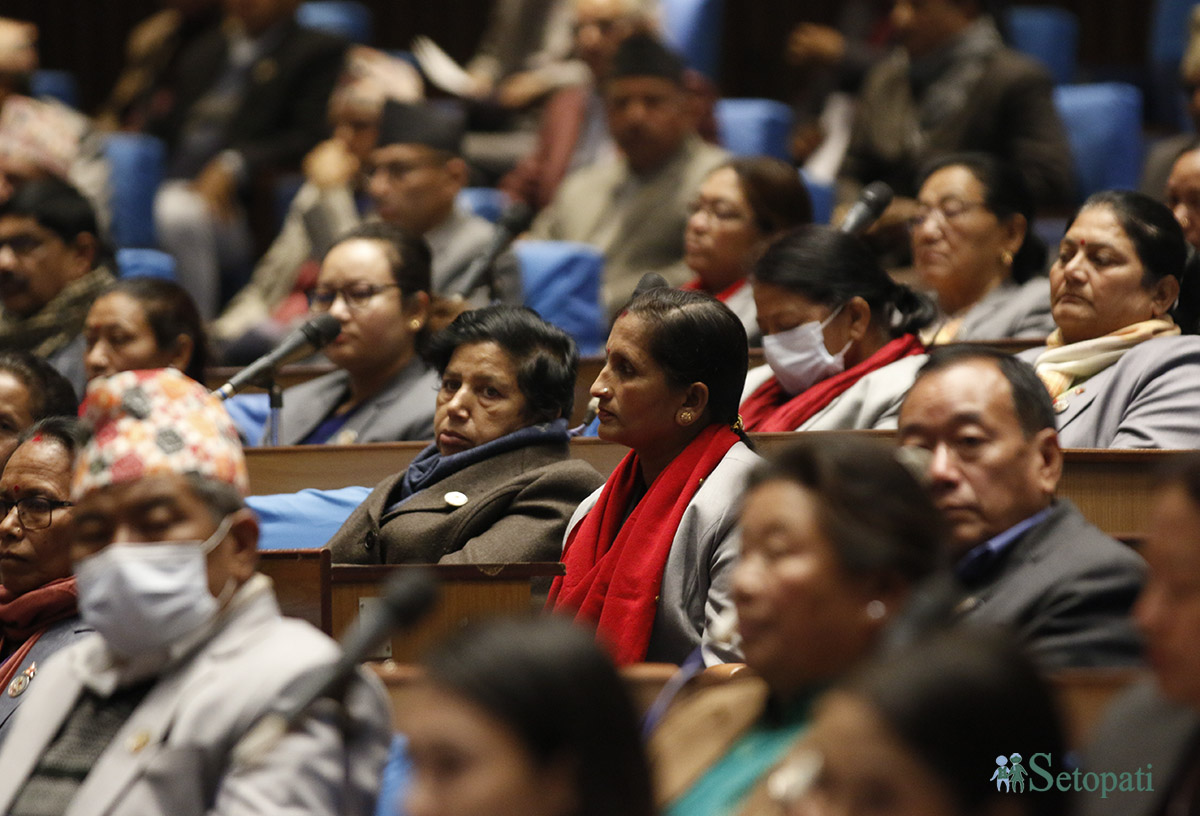 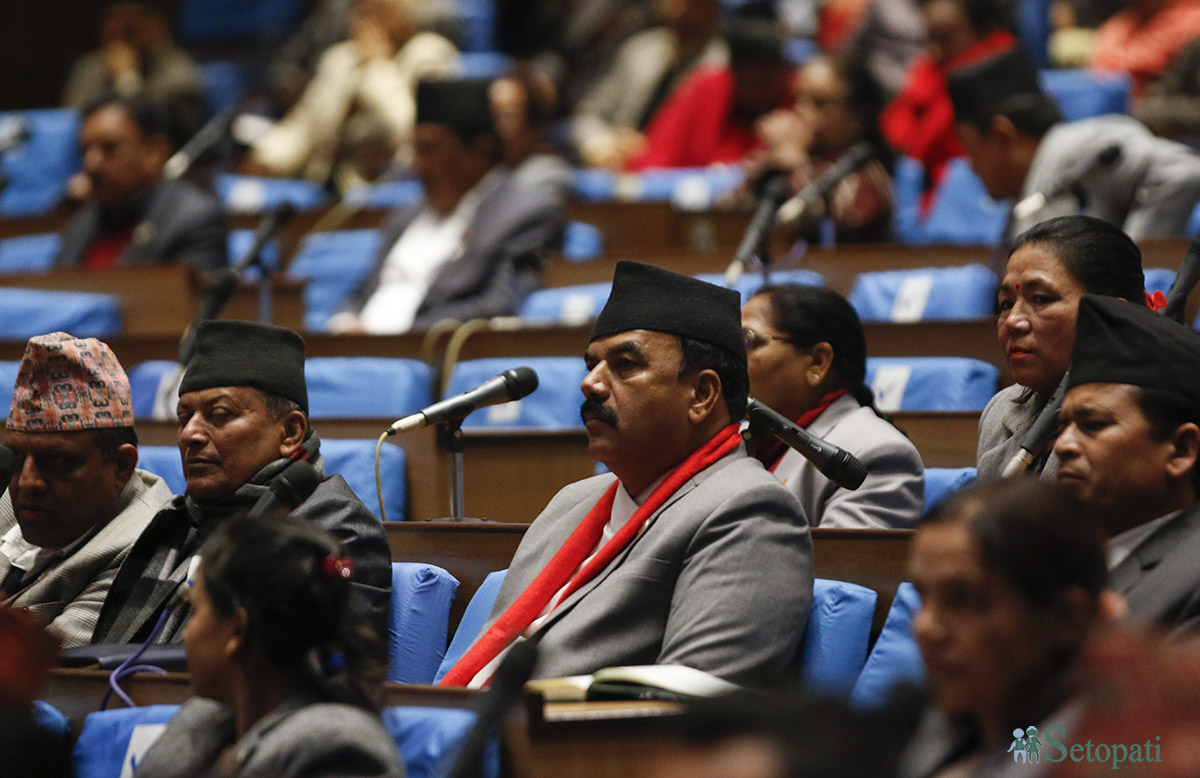 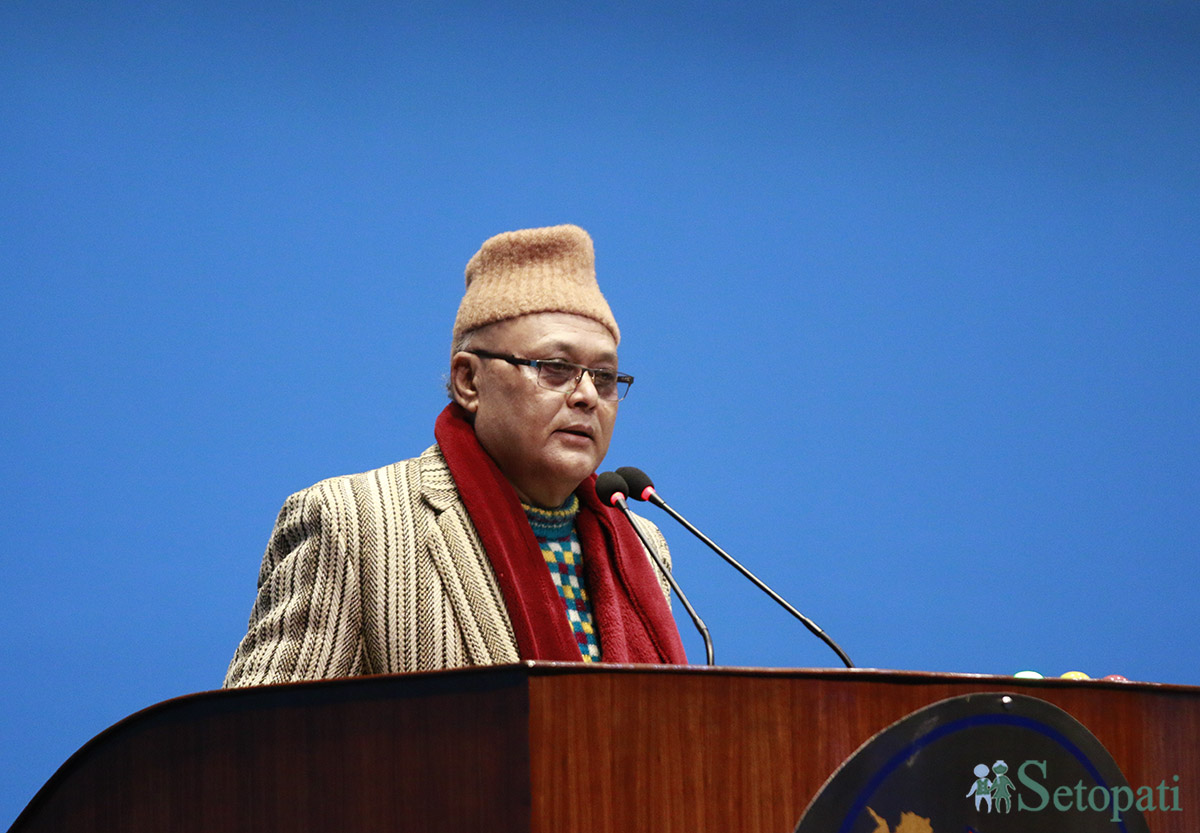 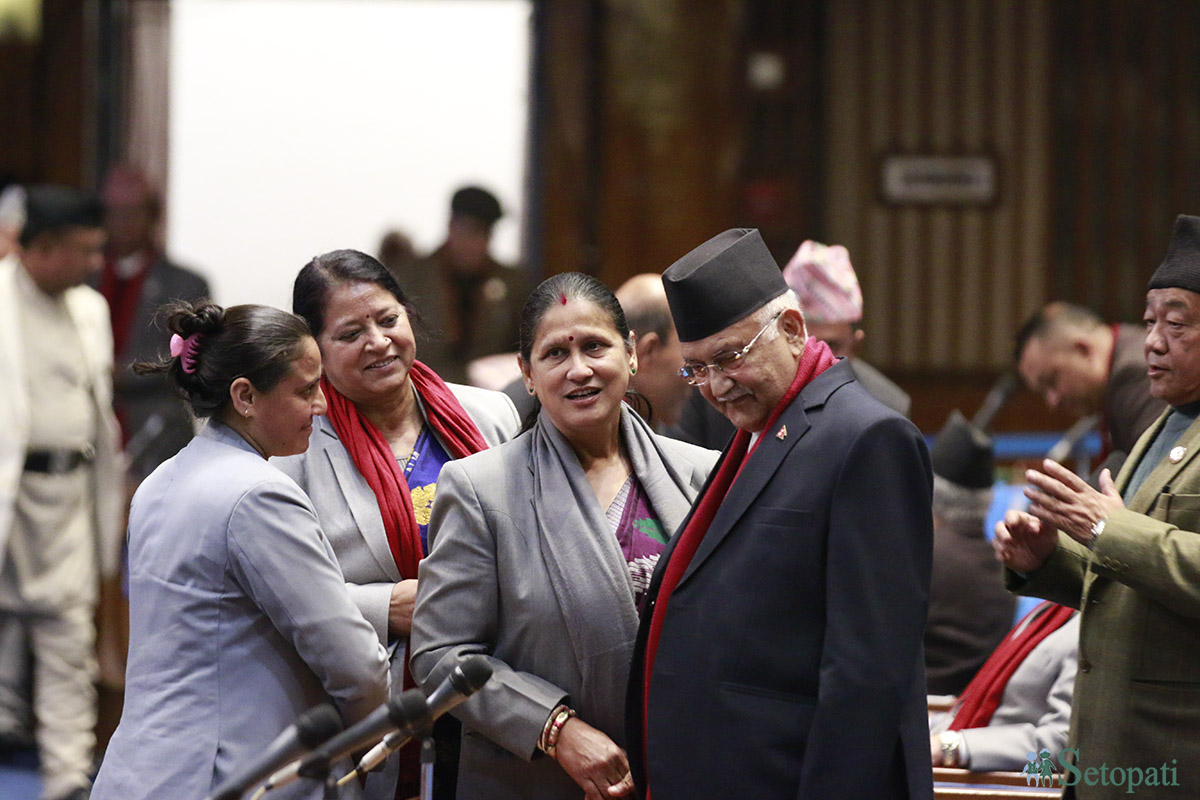 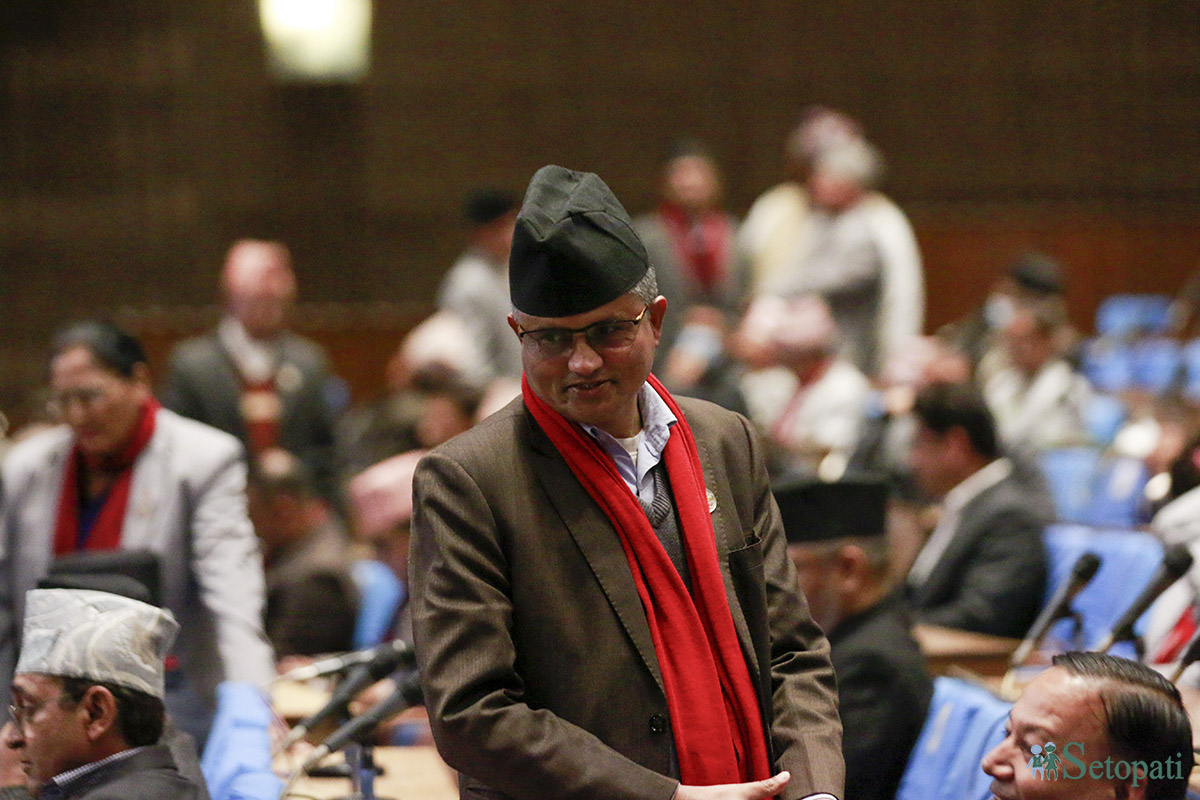 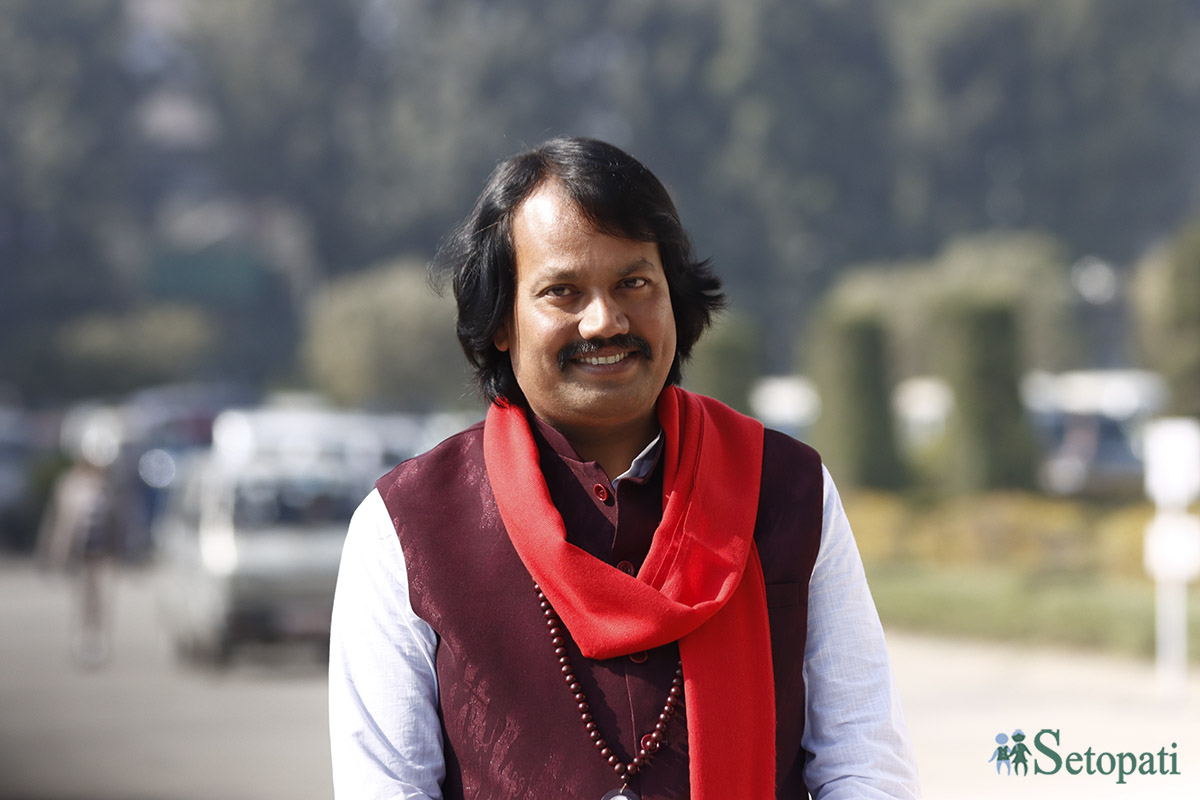 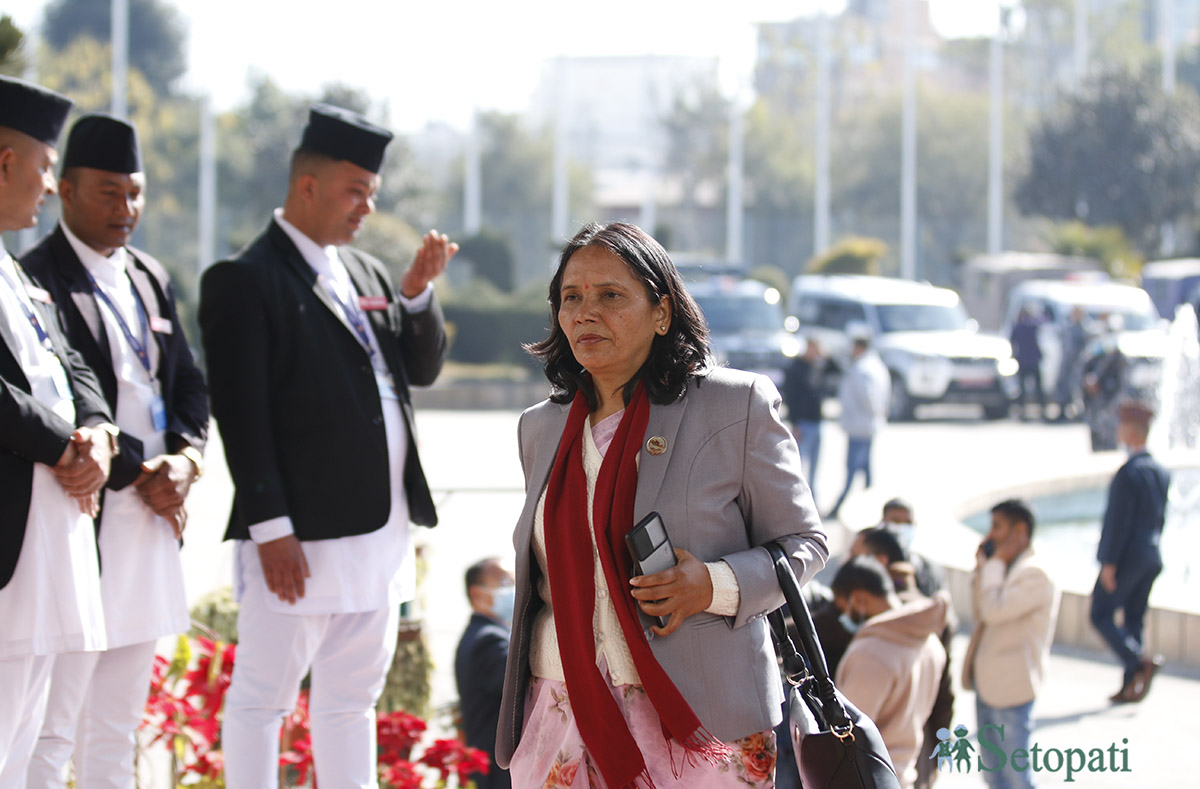 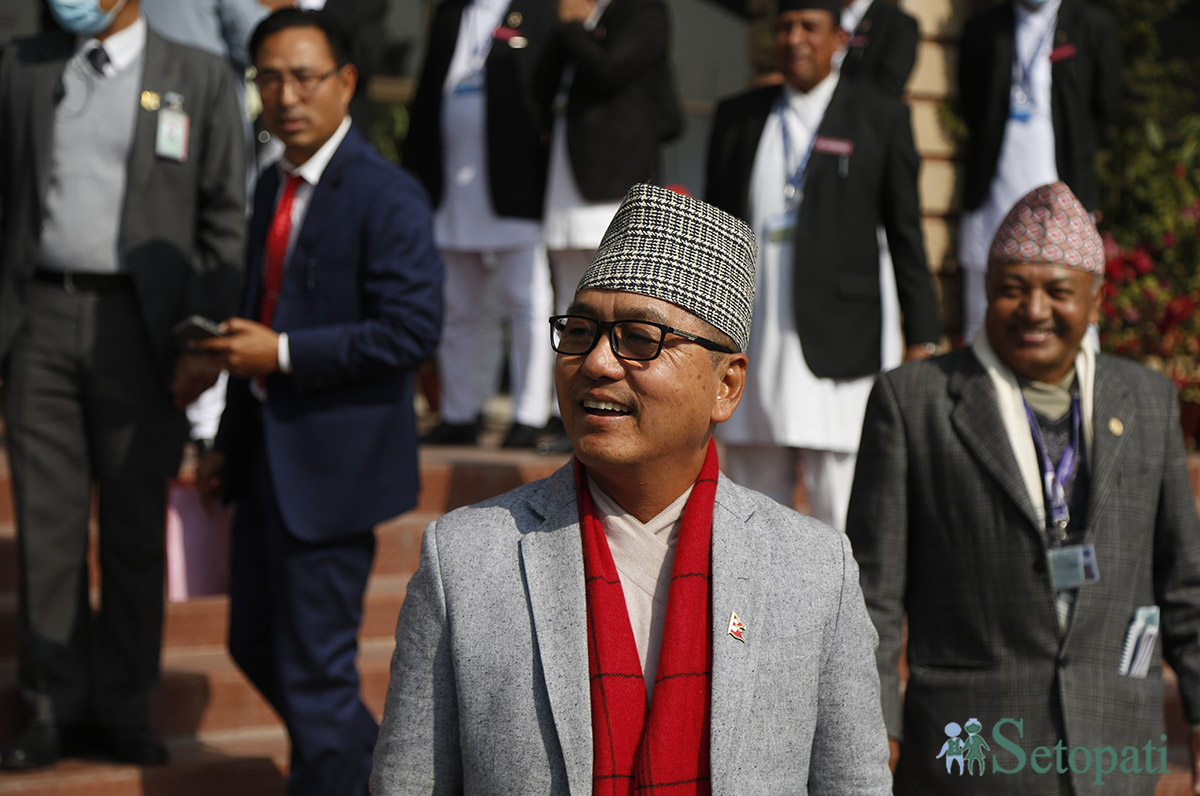 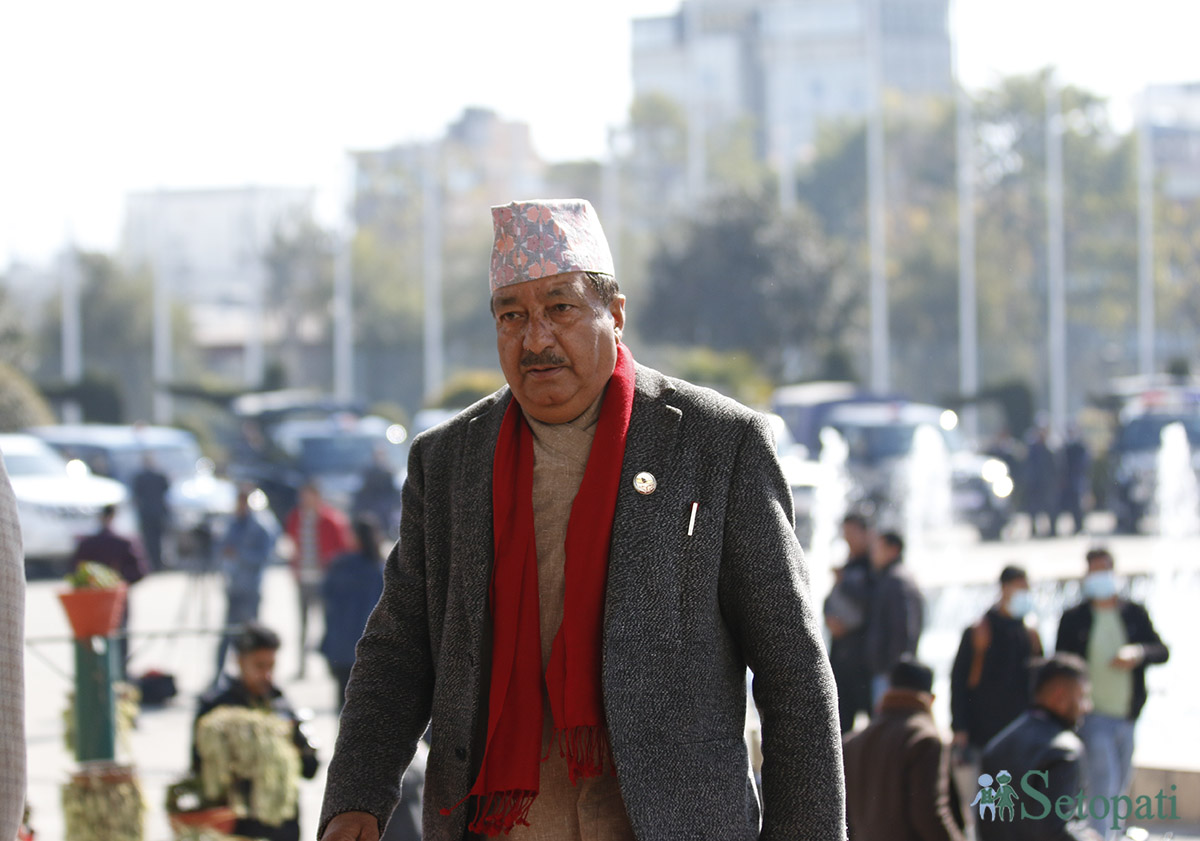 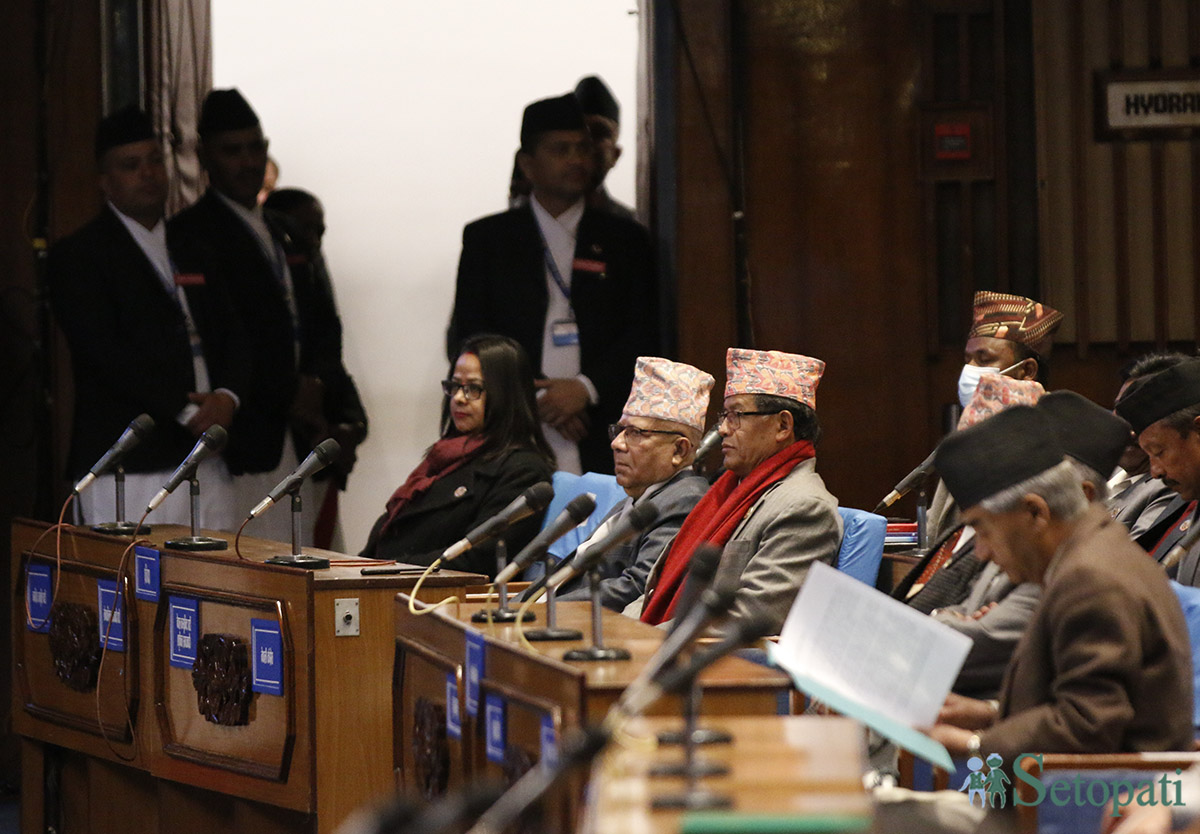 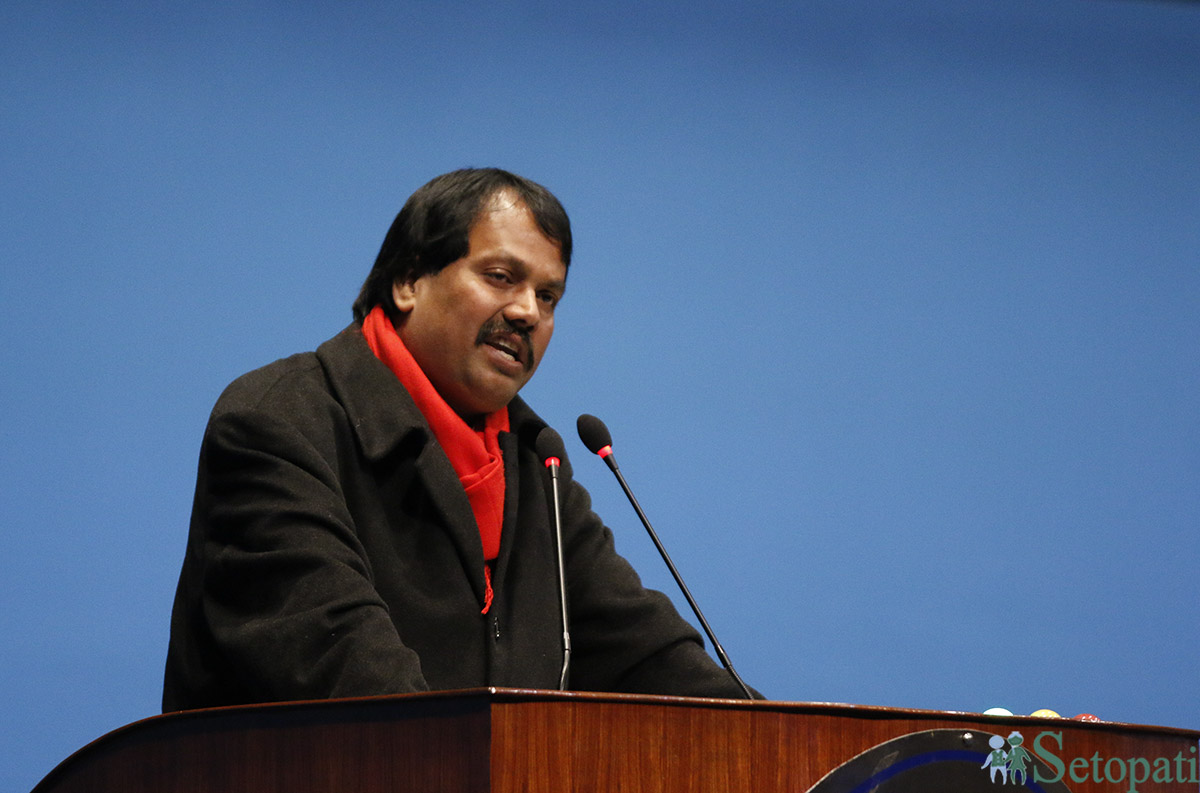 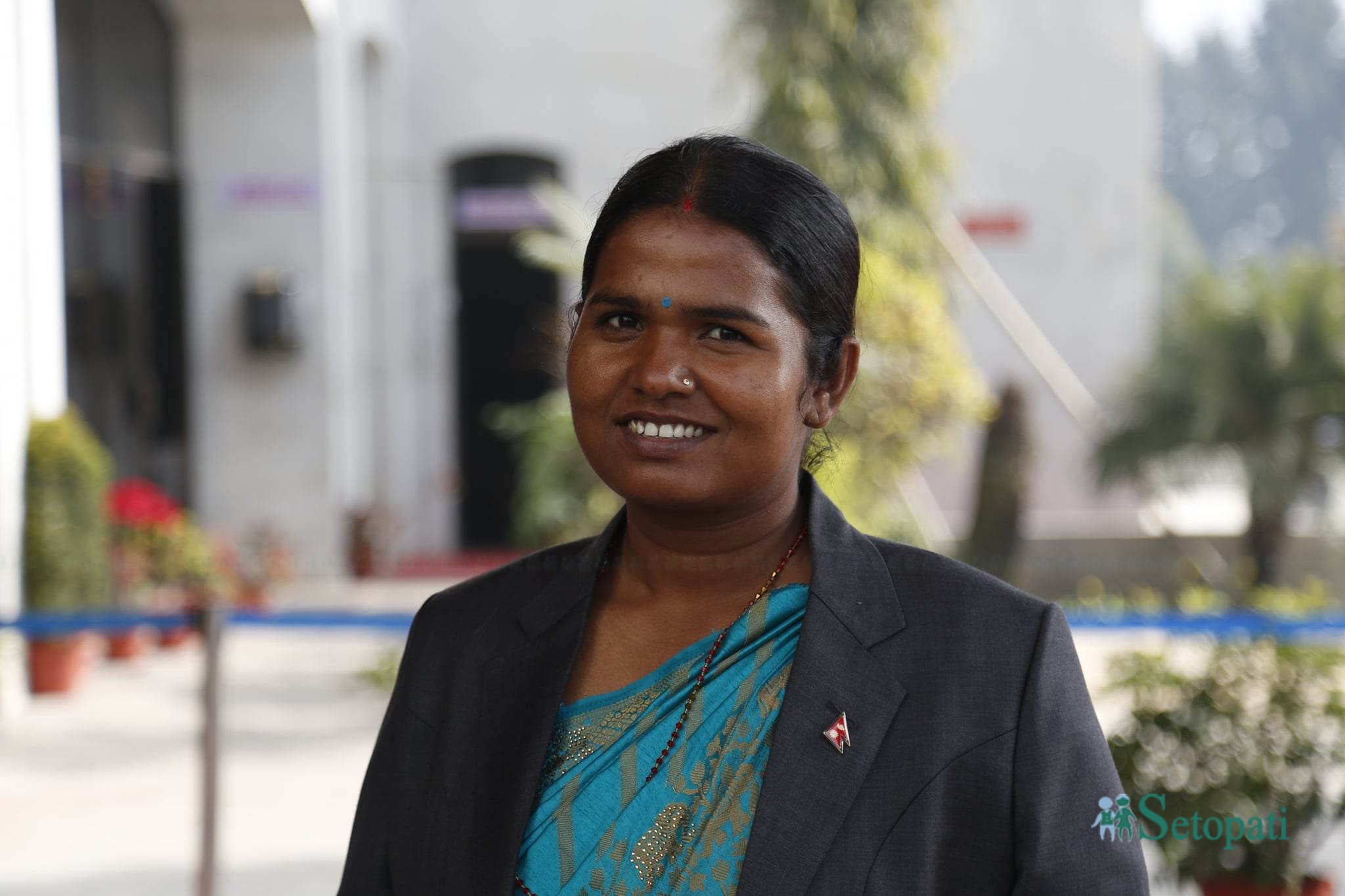 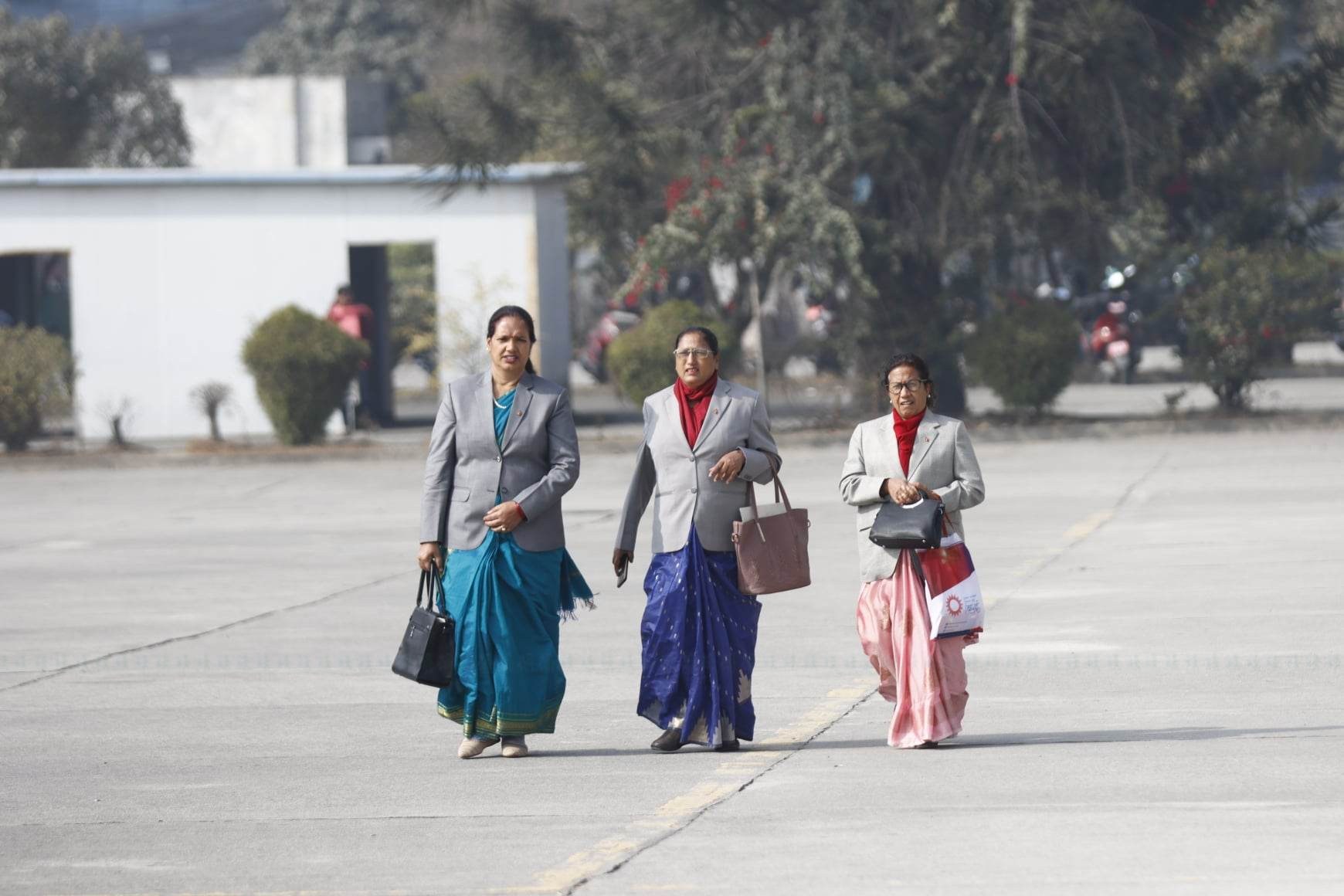 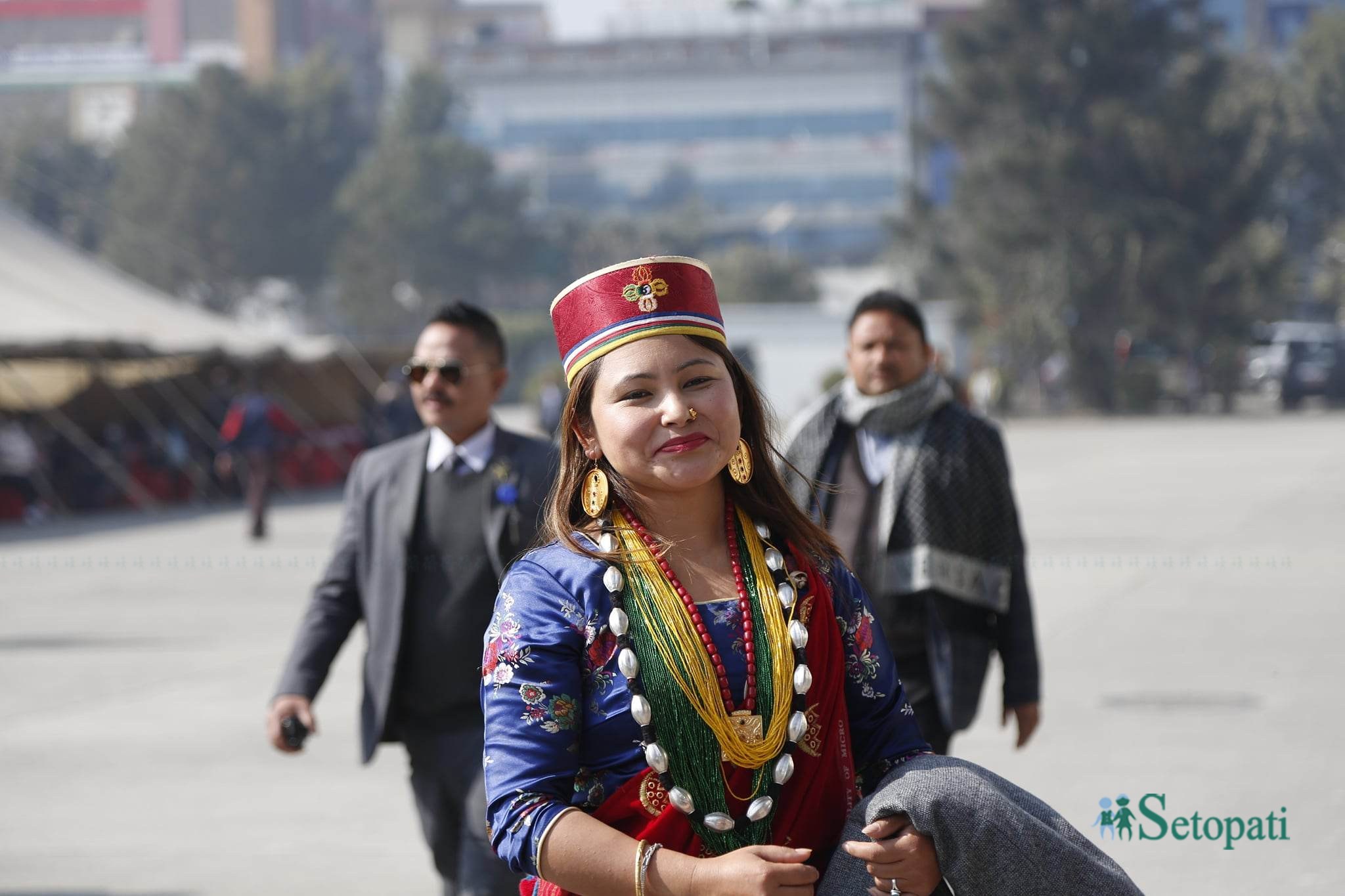 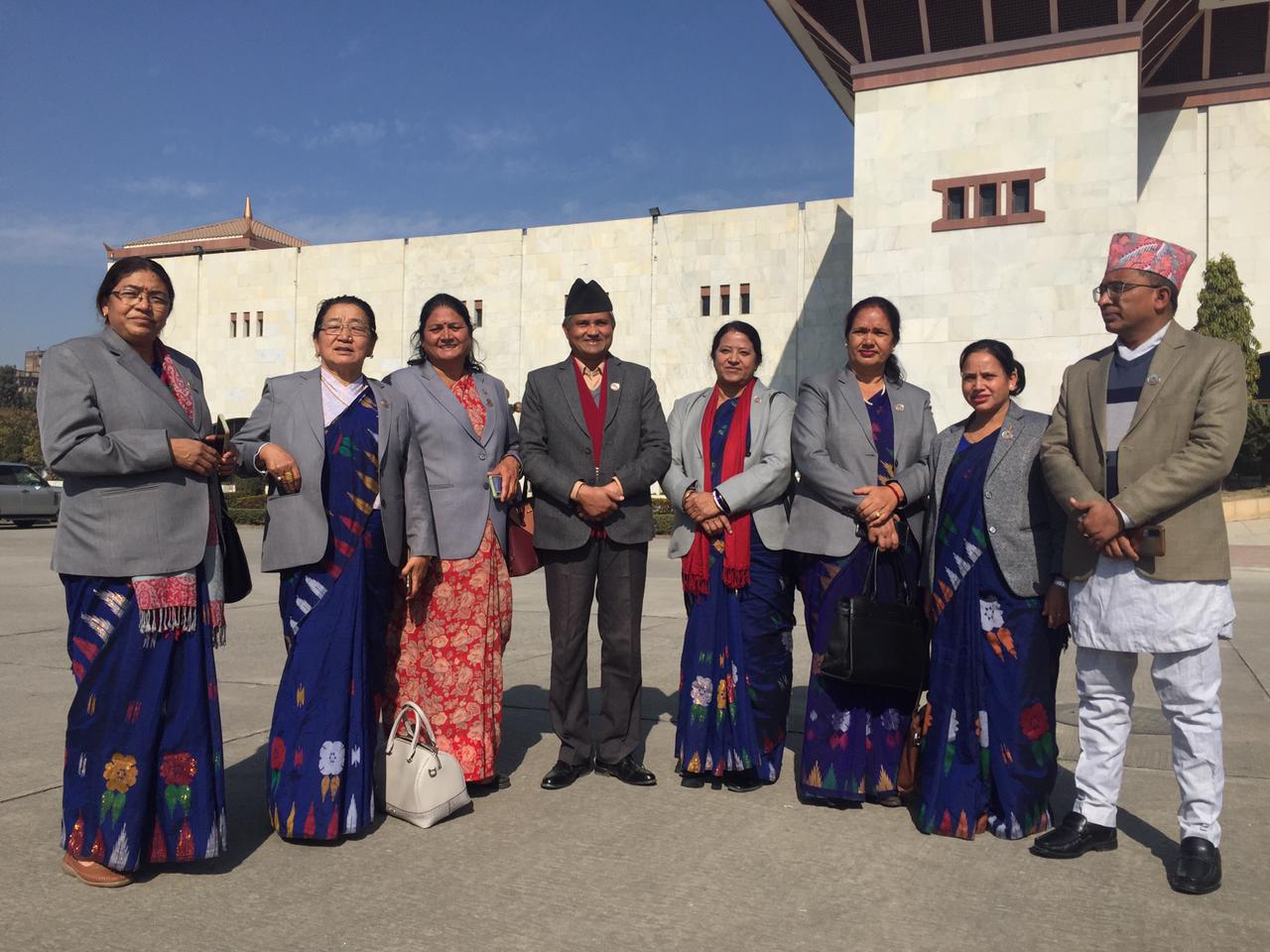