Press freedom, already in decline for 85 percent of the world’s population, is under digital siege.

New digital business models, the development of surveillance technologies, the transparency of internet companies, and large-scale data collection and retention all pose risks to journalists and their sources, according to UNESCO, the UN agency tasked with fostering press freedom.

In some countries new media laws have had the consequence (sometimes intended, other times unintended) of censoring journalists. Journalists also face growing levels of cyber bullying from often anonymous actors serving to discredit them and their independence. They also contend with AI-powered surveillance of their movements and automated attacks on their work.

“The constant evolution, undetectable, and increasing use of malware and spyware against journalists and human rights defenders by state and non-state actors, jeopardises a free and independent press,” says George Awad, National Programme Officer for Communication and Information at UNESCO Beirut.

In 2020, the UN Human Rights Council called on Member States to “refrain from interference with the use of technologies such as encryption and anonymity tools”. Yet in recent years, 57 laws and regulations in 44 countries have been adopted or amended to threaten freedom of expression online.

In the six years to 2021, 455 journalists across the world were killed for doing their jobs. The number declining in most of the world, but it continues to rise in the Asia Pacific region.

Though  killings  of  journalists  have  decreased  over  the past five years, imprisonment  of  journalists  around  the  world  has  simultaneously  increased. In 2021 China continued to be the biggest jailer of journalists, followed by Myanmar.

A global survey on journalism during the  pandemic, identified emerging threats of: government surveillance (7 percent); targeted digital security attacks, including phishing, distributed denial of service (DDoS), or malware (4 percent); or forced data handover (3 percent). One in five respondents reported that their experience of online abuse, harassment, threats or attacks was “much worse than usual” during the pandemic. 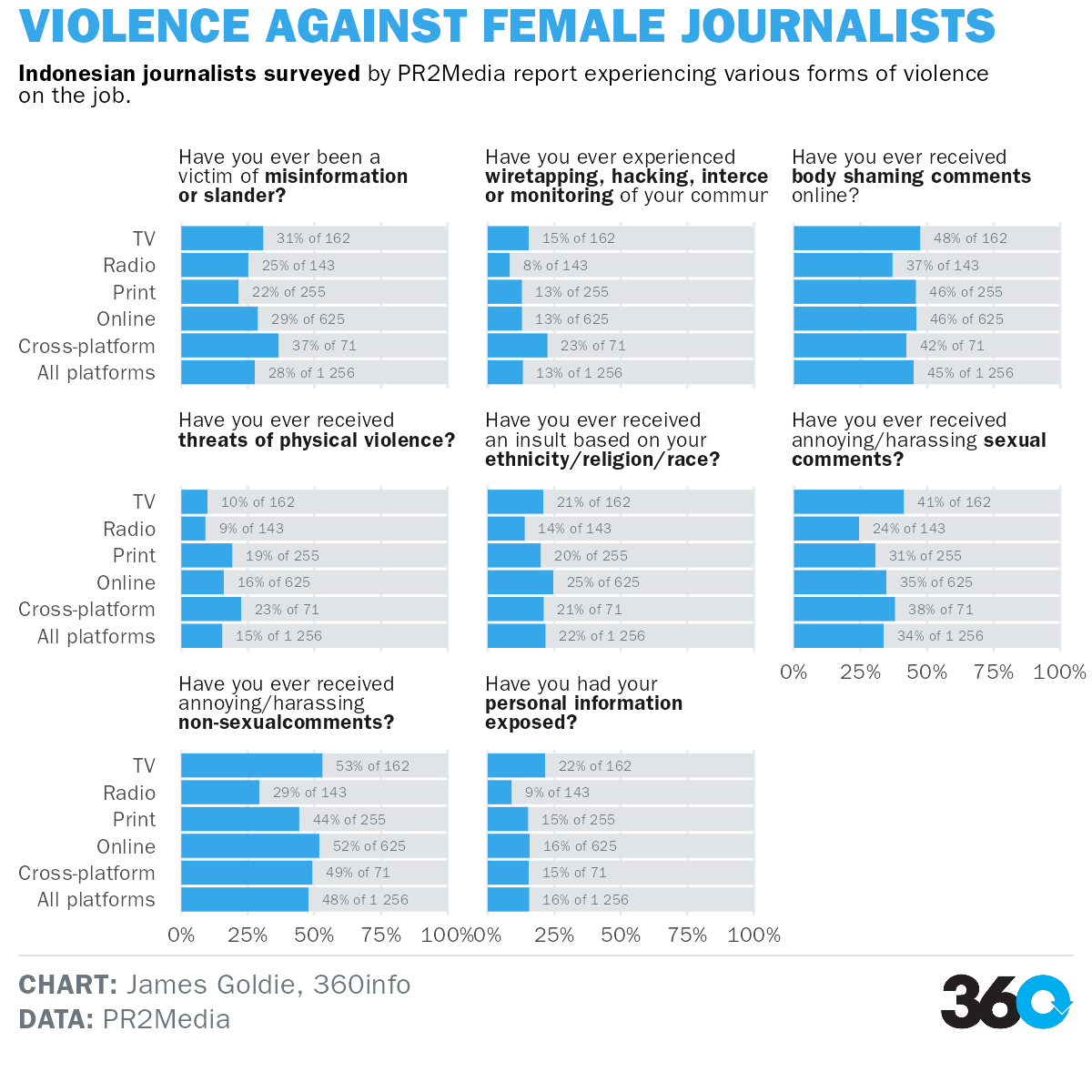