Wastewater surveillance for investigation of diseases 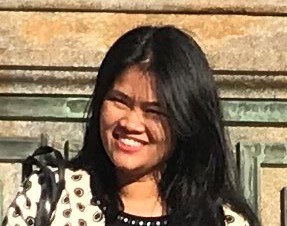 Wastewater is a complex mixture containing contaminated water from sewers, storm runoff from streets, lawns, farms, and other land areas, generated at both household and industrial scale. As such, there is a possibility of the presence of debris from streets, vehicle spillovers, pesticides, fertilizers, and human as well as animal waste. The mixture thus becomes a potential carrier of various types of microbes, harmful chemicals, heavy metals, and other hazards. The practice of disposal of treated wastewater into the river or other water bodies is quite common in developing countries. Such practices include direct disposal of partially treated or untreated wastewater in the rivers and subsequently to groundwater sources. The wastewater discharged into the river systems in developing countries exceed the threshold limit of 2-5 cubic meter per day set by the Environmental Protection Agency, a US-based regulatory body that sets a guideline for environmental assessment, research and education. Given the increased demand for water and shortage of its supply, people from developing countries rely on underground water sources. The utilization of these contaminated groundwaters by humans may pose a significant health risk to human, resulting in the occasional outbreaks of water-borne diseases.

History and significances of wastewater surveillance

Wastewater treatment plant is the ultimate destination of all the harmful substances produced on the surface of the earth. Surveillance of the wastewater is fundamental in determining the harmful content that might get transported through the surface water or remains stacked in the underground aquifers. Regular monitoring of wastewater may provide an alternative medium for early warning of a potential outbreak in future, as such, the field of wastewater based epidemiology (WBE) is of growing interest among scientists globally.

WBE usually includes analysis of water to monitor public health indicators and to measure the load of pathogens in a community including SARS-CoV-2. The history of WBE dates back to the mid-1800s (1849-1854) during the cholera epidemic in Great Britain. In the early days of the epidemic, cholera was assumed to be an air-borne disease and not waterborne. John Snow, a British physician currently known as the father of modern epidemiology, studied death rates in two different districts that supplied water from a particular section of Thames river in London and proposed that cholera was a water-borne disease.

The term WBE was used for monitoring drug consumption for the first time in 2001. Later, in 2005, this approach was applied by a group of researchers in Italy to estimate the usage of cocaine. However, before the aforementioned two instances, the application of wastewater surveillance system in disease surveillance had already been adopted by the researchers in Israel to monitor polio outbreaks in 1988. The data generated by this environmental surveillance can be utilized by epidemiologist to describe the burden of disease in the population and its trend by applying modelling approaches, which allows decision-makers to respond rapidly toward the management of outbreaks. There has been sufficient evidence of the performance of wastewater surveillance for enteric viruses (major causes of gastroenteritis and reproduction in a human host). The approach has successfully monitored the spatial and temporal extent of enteric virus circulation in different countries

The SARS-CoV-2 has been found to be discharged through human feces. Researchers all over the world have been developing a standard protocol for the detection of SARS-CoV-2 genetic material from wastewater using WBE, for designing early warning systems to alert the presence of the pathogen in a given community. The WBE technique is cost-effective and comparatively less time-consuming. Although least developed countries do not have a centralized system for sewage collection and treatment, investigating samples collected from the open sewer pipe, drainage, decentralized sewage system from the community can be helpful in identifying infection hotspots and tracking the waves of disease transmission.

In the case of SARS-CoV-2, there is chance of discharge of viruses from both symptomatic and asymptomatic patients. The asymptomatic carriers can be a possible source of shedding the viruses into the environment, thereby enhancing the potential transmission of diseases within the community. Therefore, identifying the asymptomatic carriers is necessary to track the source of infection and break the chain of disease transmission. Identifying asymptomatic carriers is, however, a challenging task that requires well-trained personnel, and is expensive as well as tedious. Therefore, monitoring of wastewater is an important alternative prospect for early warning systems to determine the presence of diseases in a given community, and can help prevent spread of diseases. In addition, the wastewater monitoring approach can be integrated with several other technologies to discover undetermined issues related to the population. This environmental approach could be of high value to scientists and policymakers globally for the management of the COVID-19 pandemic, especially for lower middle income countries with poor resources and financial capacity.

(A PhD in Environmental Engineering, the author is a research fellow at Policy Research
Institute and can be reached at sar1234tan@gmail.com )