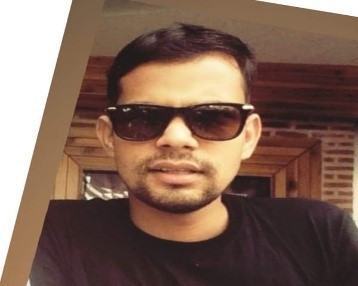 The global population of Asiatic elephant has been estimated at around 48,323–51,680 in the wild (Menon and Tiwari 2019). The number of elephants in the world has been quickly declining over the past several decades. Wild Asian elephants (Elephans maximus) is classified as endangered species in the International Union for Conservation of Nature (IUCN) red list and  Appendix I species in the Convention on International Trade in Endangered Species of Wild Fauna and Flora (CITES).

The Bardia National Park (BNP) is one of the largest and diverse protected areas (IUCN Category II) in tarai covering an area of 968 square kilometers. This national park has a long success story in conservation. Bardia is home to nearly 80 elephants, about one-third of the total population in the country. Proper management of grassland, a large number of water bodies, and floodplains make this national park a suitable habitat for elephants. The role of elephants in the forest ecosystem is very vital and they are symbolized as ‘ecosystem engineers' and commonly referred to as a 'keystone' species. Similarly, elephants are an integral part of our culture and heritage. In the Hindu religion, the elephant is a sacred animal and is worshipped as the living incarnation of Lord Ganesh.

The Asiatic elephant is an herbivore which can eat about 150 kilograms of plant materials in its active eating duration of 16 hours a day. These giant animals prefer to live in a large evergreen forest for their survival and their long-ranging habits inevitably bring them in direct contact with humans leading to conflict. Dr Dinesh Neupane’s research article on “Status, patterns, and potential mitigation of human-elephant conflict in Nepal and elephant habitat use in Bardia National Park, Nepal” showed that only 20% of the total area in BNP was highly favorable for elephants which may not be sufficient to hold the existing numbers.

Elephants are reported as the leading cause of crop raiding and degradation, and communities also often suffer property damage, human injuries, and deaths. Traditional farming practices such as growing rice and maize, planting banana trees in yards, and fermenting alcohol inside the home attract this megafauna in the human landscape. The low-level subsistence farmers living near protected areas depend on the forest resources increasing risks of conflict. Poverty also reduces a household’s coping ability and adaptive capacity to respond to elephant damages. Population growth, habitat fragmentation, regular highway activities are few other drivers of human-elephant conflict in Bardia.

One Nareswor Sapkota, 78, from Basgadhi municipality 8 Baishapur was trampled to death on June 16. Altogether 41 human fatalities and 115 human injuries were reported in Bardia since 2000. Three persons have lost their lives since mid-April which shows the severity of the problem. Retaliatory killing of elephants is not seen but a few were injured during conflict. This issue is gaining more and more attention in conservation. The  nature of each conflict is completely different from another, which is one of the great challenges in managing the conflict. Recently a herd of wild elephants entered Bardia through Khata Corridor from Katarniaghat Wildlife Sanctuary in India which is becoming a matter of concern.

The concrete cement walls and electric wires installed in the fringe of the forest are the most effective applied mitigation measures to mitigate human-elephant conflict in Bardia, according to the research article titled “Human-Elephant Conflict and Mitigation Measures in Buffer Zone of Bardia National Park, Nepal” by Rabin Paudel and team. Application of repellant methods such as firecrackers, drums, and acoustic deterrents are practiced in some areas to ward the tuskers away. Cottage like structure (machan) is constructed to look out for elephants entering agriculture lands.

US-funded Hariyo Ban Program is providing support to local people in large-scale commercial citrus lemon farming. There is a provision of financial compensation to those who are affected by human-elephant conflict. However, people are not satisfied with these packages due to insufficient compensation, logistical challenges, lack of transparency, reduced local understanding of program scope and limitations, and fraudulent claims.

The World Wildlife Fund (WWF), the National Trust for Nature Conservation (NTNC), and a few cooperatives are becoming successful in helping women, youths, and forest-dependent marginalized families to start their own small-scale agriculture and eco-tourism based business thereby reducing pressure on forest and biodiversity. Capacity building and awareness programs are necessary to change the perception of people toward elephants.

Identification of problematic elephants is necessary and their regular monitoring using radio collar is crucial. The BNP in support of the IUCN, the Global Nature Fund, and Ujyalo Nepal has started a program “Hatti Khabar” in Tiger FM to disseminate information to the public regarding elephant activities.

Long-term habitat enriching methods such as fodder plantations, soil management, and creating water resources like water holes inside the forest are also being implemented. Management of forest fire, grassland, and invasive plant species is necessary to restrict these megafaunas inside the forest. Forest corridors have also proved to be a critical connection for migratory elephants.

More research is needed to understand the spatial and temporal distribution of human-elephant conflict in Bardia. Conflict mitigation cannot be solved by the BNP alone. It requires multidisciplinary collaboration between different levels of government, INGOs, NGOs, indigenous tharu community, women groups, biologists, media, and locals in formulating conflict mitigating plans which also helps to strengthen the human-elephant co-existence. No single solution is effective and different management approaches need to be integrated to address the problem proactively.

(The author is currently pursuing Master's in Biodiversity and Environmental Management at the Tribhuvan University, Kirtipur)