Monsoon is not far away: Are we prepared? 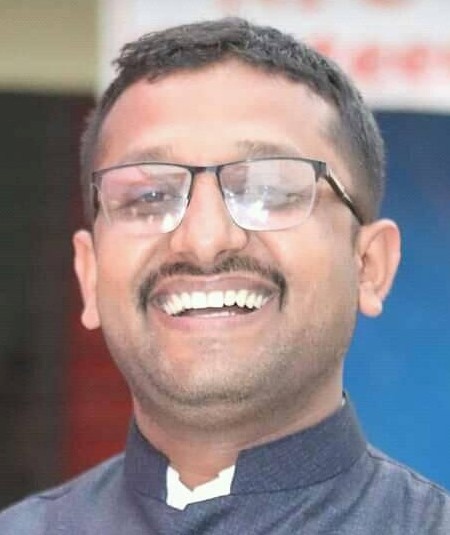 Nepal’s mountains and rivers are often praised as heavenly assets that attract tourists—foreign as well as domestic. However, Nepal as a country, which is located along the seismically active tectonic plate, lies in one of the world’s most disaster-prone territory. Given the topographical fragility of its steep terrain and young geology of Himalayas as well as ferocious rivers during monsoon, human settlements in their vicinity are exposed to recurrent disaster-hazards. Moreover, deforestation, haphazard extraction of Chure, lack of sustainable engineering on road construction, impacts of climate change, unplanned human settlements, weak channeling of budgets allocated for disaster mitigation efforts, dams, embankments and other structures built by India along the border as well as Nepal’s lack of diplomatic acumen to resolve this issue with India through talks, have aggravated the disaster risks.

It is unsurprising that Nepal, every year, records a massive loss of lives and property worth hundreds of million rupees to various disasters during monsoon. Besides, common monsoon disasters such as landslides, mudslides, lightning, flash floods, and inundations among others destroy critical infrastructures like roads, utility poles, schools and hospitals among others, leaving human settlements in peril, in many cases even out of humanitarian assistance. According to the National Disaster Risk Reduction and Management Authority, last year alone between April and October, monsoon disasters claimed at least 463 lives—the biggest single-year casualty since the devastating earthquake of 2015—while as many as 803 persons were injured, 101 others went missing and property worth Rs 797.5 million was lost.

Nepal has continuously devised pre-disaster preparedness and disaster management mechanisms in tandem with international partners and local agencies over the years. In current federal restructuring, Disaster Risk Reduction and Management (DRRM) Act (2017) has made it clear that the National Disaster Risk Reduction Management Authority (NDRRMA) is the apex agency under the Home Ministry to work on all natural disaster risks management cycle—preparedness, response, rescue operation, recovery, relief or mitigation efforts—in coordination with local and provincial governments across the nation. Also, NDRRMA has to coordinate with the Department of Hydrology and Meteorology and the Department of Mines and Geology in terms of disaster warning systems to disseminate early alert messages to the public.

According to the rules, local levels, district disaster bodies, provincial bodies and national-level authorities are required to coordinate with each other to prepare the reports on disaster risks and mitigation efforts following the bottom-up approach. Based on a database of these annual reports, higher level authorities devise national plans at the end for disaster mitigation efforts which could be channelized throughout the three tiers of the government to tackle the disaster risks.

There is, however, still a huge coordination and communication gap among intra-governmental, non-governmental and private humanitarian agencies at all levels. Further, lack of clarity on how roles and responsibilities are shared among them has added to the woes.

Most distressingly, the efficacy of our disaster risks mitigation mechanism is questionable when it comes to enhancing disaster resilience capabilities of the hazard-prone communities.  When a community is faced with calamities like landslides, floods and inundation, there are always the most pressing concerns about potential loss of lives, economic impacts and untoward psycho-social repercussions. However, in terms of most monsoon disasters, landslides in the vicinity of weak hills and high hills as well as floods on the river bank settlements are always predictable in many cases. Such hazard effects can be remarkably prevented or mitigated with coordinated community mobilization. But we have largely failed to strengthen the abilities of communities to take meaningful, deliberate and collective actions both to prevent disasters and reduce the disaster impacts. We should understand the fact that if communities are resilient, they can come forward with strong civic leadership, coordinate with each other to engage in prevention efforts as well as generate organizational linkages to withstand disaster impacts such as social, cultural, economic including psycho-social support during the crisis.

This is mainly due to the fact that our disaster preparedness efforts are only focused on response soon after catastrophes befall. Throughout the year, all authorities remain almost non-functional and resort to dirty blame games when disasters wreak havoc on human societies. Even in the wake of disaster, they lack coordinated actions to extend the humanitarian services to the victims and relocate them to safer places.  What happened to Sindhupalchok and Baglung landslides victims last year is just the tip of the iceberg. Had the authorities responded on time, such a huge loss of lives and property as well as psychological impacts could have been significantly averted.

Furthermore, owing to the unscientific human settlement patterns and inflexible land use policy in the nation as well as inaction on the part of government agencies to respond with long-term relocation plans, communities are compelled to hastily reconstruct poor shelters on the same lines where disasters normally hit year by year. This only spares hazard-prone communities to witness another year’s catastrophes.

With this year’s monsoon around the corner and increased vulnerability of disaster-prone communities due to the pandemic crisis, it is utterly necessary to learn lessons from the past experiences and adopt the most possible pragmatic approaches to reduce the disaster risks.

It is clear that the hilly districts sitting in the Siwalik, Mahabharat range, Mid-land as well as higher Himalayas are more vulnerable to landslides owing to their steep topography and fragile ecosystem while communities within the basin of snow-fed perennial rivers such as Koshi, Narayani, Karnali, and Mahakali among other southern rivers are always at higher risks of floods and inundation.

Disaster preparedness remains an urgency to mitigate the plight of people in disaster-prone communities in hills and low-lands where natural disasters are invariably recurrent phenomenon with incessant rainfall in monsoon causing flash floods and landslides. Timely communication, coordinated efforts and dedicated actions among all levels of government agencies, humanitarian agencies, national security apparatus, private partners and communities are fundamental to strengthening life-saving approaches both before and after the catastrophes befall.

Moreover, this is also the prime responsibility of media to educate communities to enhance their disaster resilience capabilities and keep them alert on possible disaster threats.

Equally important is communities’ awareness to be prepared with disaster supply kit contents that include essential items such as stock of food that requires no cooking or refrigeration, safe drinking water, clothing, and first aid tools as well as necessary medication to sustain a family at least for a few days. This will help ease the disaster challenges that are often faced by vulnerable populations such as children and older adults including women, patients and differently-abled individuals. As each life is precious, it is never good to be unprepared for the worst that this year’s monsoon may impose on us.

(The author is currently an MPhil scholar at Nepal Open University)

International community complicit in Nepal's vaccine debacle
The murky facet of mining
COVID-19 in Nepal: Crippled health service and napping politics
Oli entourage: A contradictory lot in rhetoric and action
Fight to bring democracy back on track
Modi-fication of Oli politics: A tale of two puzzles