Oli entourage: A contradictory lot in rhetoric and action 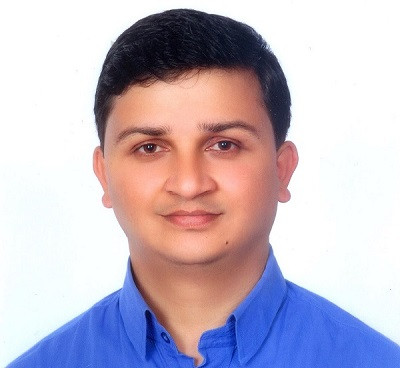 Harvard professor Steven Pinker, in a scholarly deliberation, subtly describes the reasons behind political rhetoric tending to be “vague, empty and bland”. For this, not only the politicians but also the audiences play their part equally as both are hypocritical in political messaging. It is because, he says, “there is firestorm when the leaders speak substantive”. In our context we can imply that a leader would not be able to draw attention of voters or people or win their support if s/he speaks reality in terms of what actually s/he can perform or is performing. To fill this void s/he speaks tall promises, vague and empty ideas that look like real with a lot of glitter to generate wow from the audience. The media, instead of focusing on substantive information, always “yearns for spotting gaffes the politicians commit when there is not horse race”, Pinker further observes. Framing and spin-doctoring techniques are widely applied in generating and spreading unsavory ideas as part of the political rhetoric, he argues.

If we minutely go through Prime Minister KP Sharma Oli’s political steps and subsequent communicative actions, it would be pellucid how rhetorical tricks have entirely corroborated the actions taken to secure his stay in power and capture all state machinery including constitutional bodies. Knowingly or unknowingly the media and the audience have been the prey of incessant logical fallacies from Oli and his entourage. Unless we realize this communication perspectives of today’s polity, which is truly represented by PM Oli and his cortege among others, our efforts to cope any undemocratic move would be unavailing.

Nepal’s republic system has so far witnessed eight PMs and two presidents. History would judge their distinctive traits and performances. All chief executives shared some short of common traits as to compromising democratic values and delivering below par, although to a varying degree. Oli, however, has painted a discrete picture, though not pleasant. When assuming the top office three years ago, Oli’s aura as the premier of almost two-third majority and as a chair of historically the biggest communist party of the country was astounding. In the beginning, the design of development and prosperity he mapped out were worth drawing attention to for every single Nepali who was either working as a blue-helmet worker in a gulf country or suffering from multiple problems ranging from unemployment to social injustices here at home.

Initially, many compelling ideas and slogans Oli articulated one after another kept on beating the media headlines. He orchestrated different strategies to establish what he had done was right and up to the mark. Later on after people began to seek true delivery from his administration rather than lofty promises, he gradually either ignored or diluted his failed attempts by attributing to other factors such as opponents in his party or foreign elements. While he busied himself to meet foreign agents, enhance his propaganda drives and take steps accordingly, he, side by side, accused his opponents of using these weapons against him. If we look at the shreds of political moves taken by Oli we can find a spiral of attempts he made to justify his every other step.  As part of his attempts to create his self-respect and urgency in the power, he opted for two weapons. First was the announcement or initiation or inauguration of developmental projects, almost all of which were devoid of substantiated foundation or progress or far behind from completion. Second was the rhetorical tricks he and his team used to justify his every move through various types of logical fallacies. Essentially, this article focuses on the communication traits he and the President’s Office made to justify the dissolution of the parliament and announcement of the elections on November 12 and 19.

Either me or nobody attitude

Oli uses a lot of emotional appeals with selected phrases and imageries that can evoke a sense of urgency or compulsion in his action. Other contemporary leaders look diminutive to Oli in utilizing humor and wits. Side by side, he, at times, uses threats eliciting a sense of fear that the country and democracy will fail if his path was not adopted. How can going for the fresh mandate when no one is being able to garner required support to form a new government be autocratic move? Apparently, this question he put forth looks plausible for general audience. However, there are numerous counter questions that invalidate his idea: Is going to election by violating the letter and spirit of the Constitution appropriate? Can elections be held in free and fair manner when he has managed to take state organs including the constitutional bodies into his grip? Is it the right time to go for elections when the entire country is unprecedentedly suffering from a pandemic (COVID-19) when the parliament still has nearly two more years to complete its tenure? Instead of addressing these questions rightly, he and his team members are now busy to dilute them with ersatz ideas and partial or misrepresented truths.

Following the House dissolution, Oli, in a press meet, said that he opted for the dissolution, for the opposition alliance could neither form the government nor did it support him by giving him vote of trust in the parliament. He also tried to justify his move saying that he wanted to clear the way to form a new government under Article 76(5). His arguments do not carry any merit as they contradict on what he did in real action. Not only did he claim for new government under his leadership under the same Article for which he had “cleared the way for new government”, he also created a pseudo situation that led him to dissolve the parliament and go for elections. Oli, for this, adopted two tactics: presenting claims to the president that he has the support of required number of parliament members and creating a pseudo situation where the president could invalidate the claims of both the candidates—Oli himself and leader of the opposition alliance Sher Bahadur Deuba. Instead of clearing the way for the new government, these tactics cleared the way for himself to invoke the Article 76(7) for dissolving the parliament and go for mid-term polls–his ultimate goal to cling on to power and vanquish his opponents.

President Bidya Devi Bhandari’s logic that some of the lawmakers’ support to both the candidates made her invalidate both the candidates clearly appeared to be shallow and unfounded. Essentially, Deuba had appeared with signatures of more than the required numbers of lawmakers whereas Oli had just made the claim that he has the support from more than the required members by ignoring the fact that a significant number of the lawmakers from his own party CPN-UML and Janata Samajbadi Party had already revolted from their respective parties and supported Deuba. As the protector of the Constitution, Bhandari was supposed to verify the signatures by taking some time to clear her doubts so that the House of Representatives could be saved. Instead of bothering to fulfil this duty by taking some time, she dissolved the parliament and announced the fresh polls on Oli’s recommendation. It is obvious that she just served Oli’s interest by trampling all merits and reasoning against the move.

Oli will be remembered as a chicanery chief executive of democratic federal republic Nepal as he managed to use tricks and deceits in justifying his actions and create a false reality. Some of such traits comprised spending a lot of time, mostly in his almost solo deliberations, with preferably the media and journalists lenient to him; tactfully framing phrases that apparently show his actions taken either out of compulsion or urgent need of time; attacking opponents with abhorring, stinging, sardonic and belittling comments and analogies; parroting political rhetoric such as nationalism, national interest, democracy, transformation, corruption-free society in speeches but acting against them in actuality. The political parties need to revamp their internal system and nourish democratic exercise so that wrong people would not prevail to not let the history repeat itself. Emboldening public opinion against any such pernicious character from the politics is equally important. This demands efforts, either concerted at organizational level or at individual level; from the media, civil society members, research organizations and academics.

Fighting the evil spirits is no doubt tough as they are well-equipped with resources and their dogmatic supporters or ‘cyber troops’ through which they attack the opponents and whistleblowers or dilute the facts against their interest. However, it is not impossible as we all citizens can ventilate our voice through various communication channels. Since we don’t have to wait for or rely on others to make our voices heard as we are readily accessible to various communication channels with enormous intensity of diffusion, we can hone these weapons, wield them against the wrongdoers and attack them by spreading facts, exposing their self-serving tricks, creating debates over the merits and demerits of public affairs and carrying out valid researches from academic and other sectors. As Steve Jobs, co-founder of Apple Inc. once said “it’s really clear that the most precious resource we all have is time”. We are living in the time of highly sophisticated communication and technology through which we can work a lot to demolish any despot. So, let’s beware of glittering claims, cunningly framed speeches or stories and doctored information. Let’s not forget that the time is ours!

International community complicit in Nepal's vaccine debacle
The murky facet of mining
Monsoon is not far away: Are we prepared?
COVID-19 in Nepal: Crippled health service and napping politics
Fight to bring democracy back on track
Modi-fication of Oli politics: A tale of two puzzles