Street vendors staged a protest on Thursday demanding that they be allowed to do business on pavements.

The street vendors marched from Sundhara to the office of Kathmandu Metropolitan City (KMC) via Bhadrakali.

They then picketed the KMC office chanting slogans such as “Respect labor, respect self-employment, set up labor desk at KMC” and “Give employment or let us be self-employed”.

The agitating street vendors vented ire at KMC saying it has removed them from the pavements and streets without providing any alternatives. They say KMC has prevented them from even earning their livelihoods when the Dashain and Tihar festivals are just around the corner.

Here are some pictures of the protest. 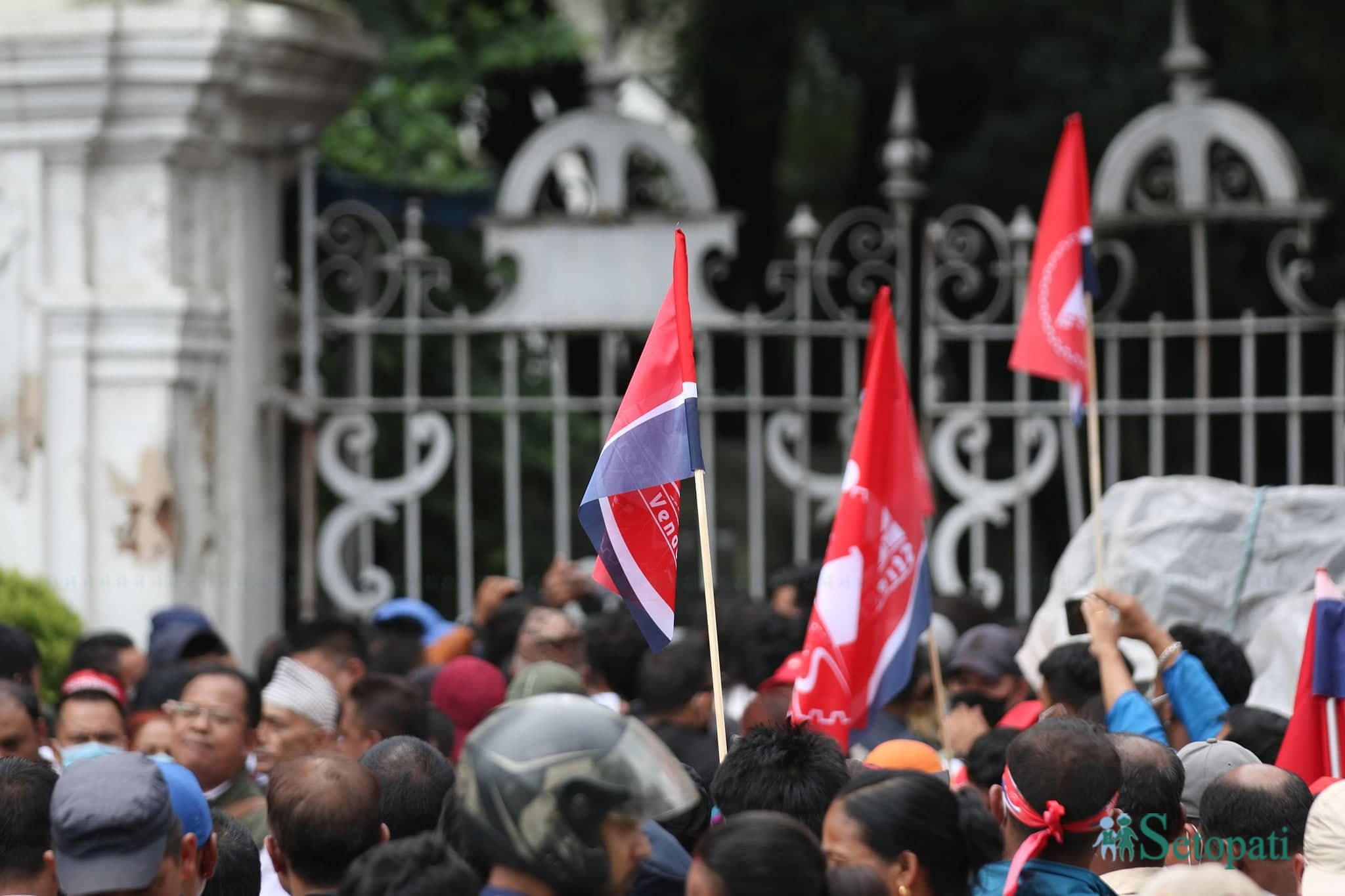 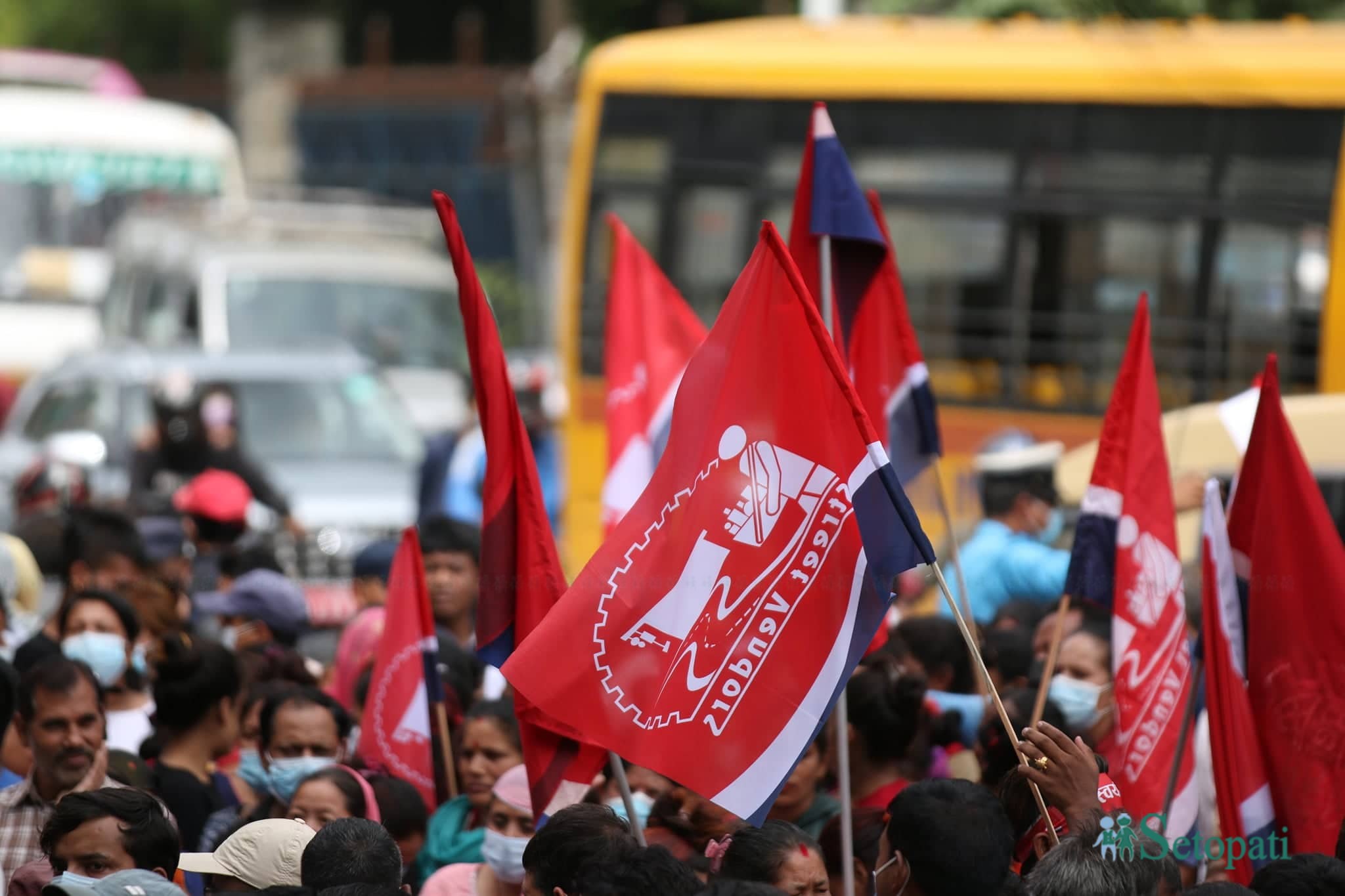 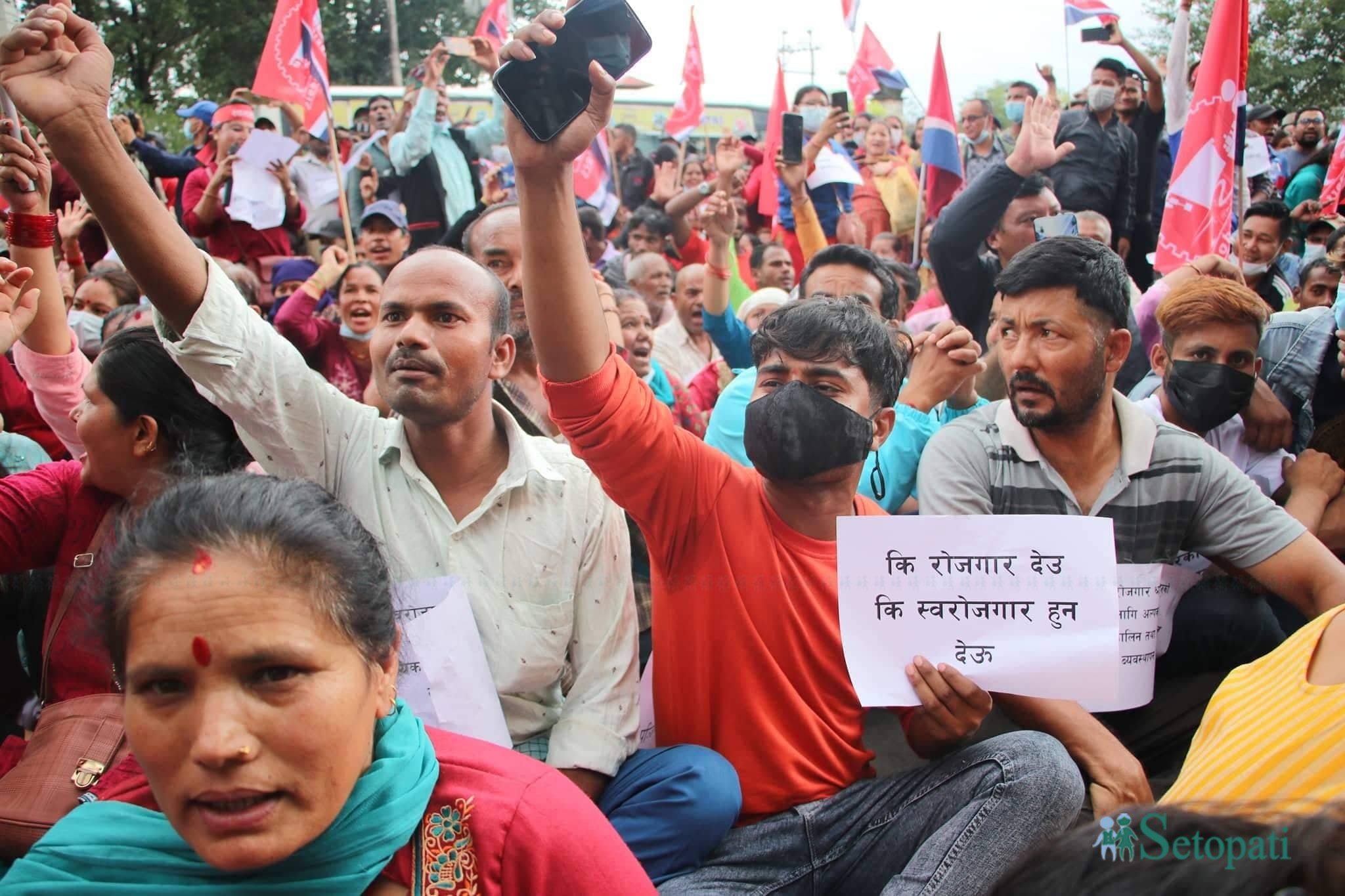 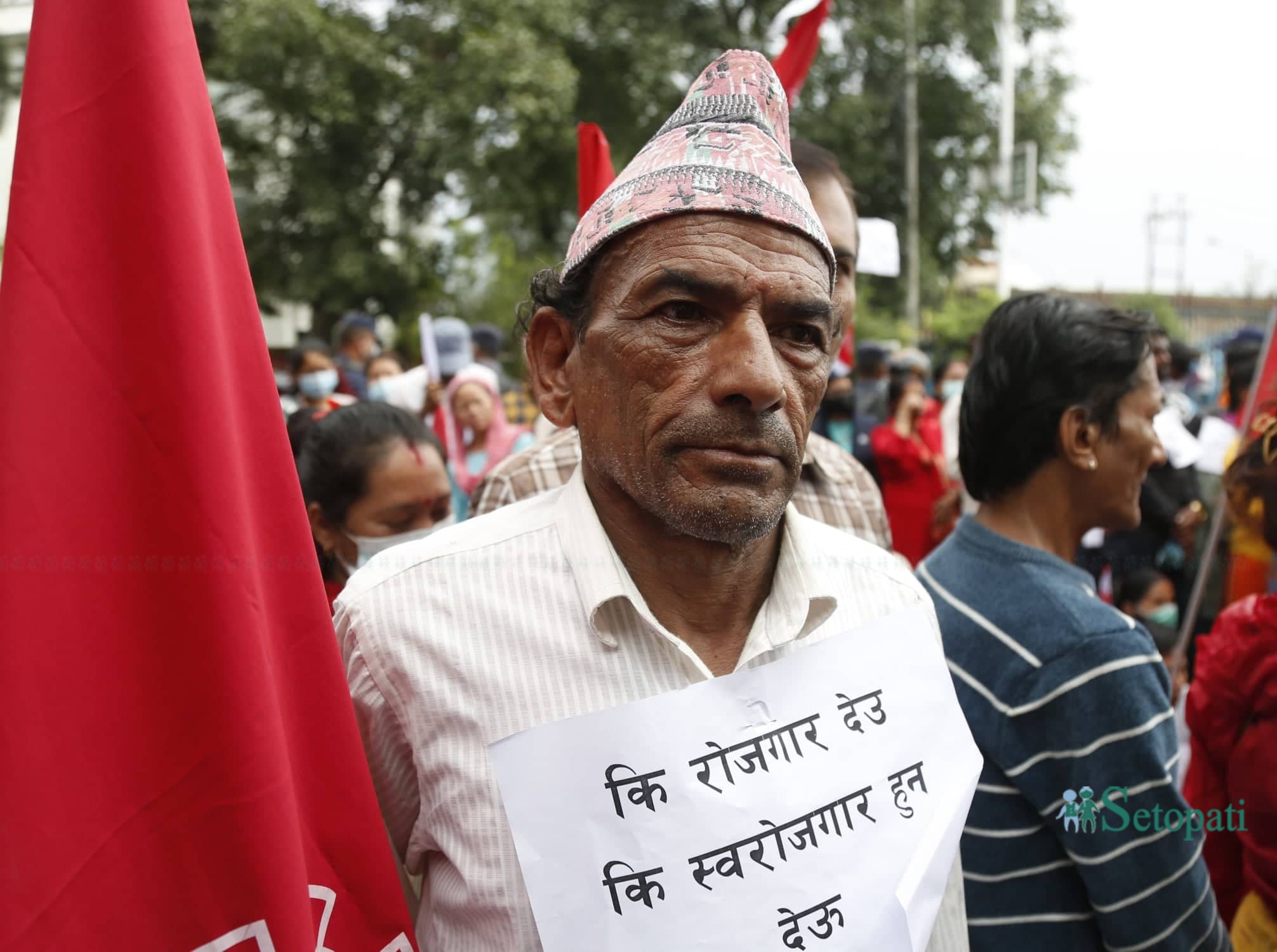 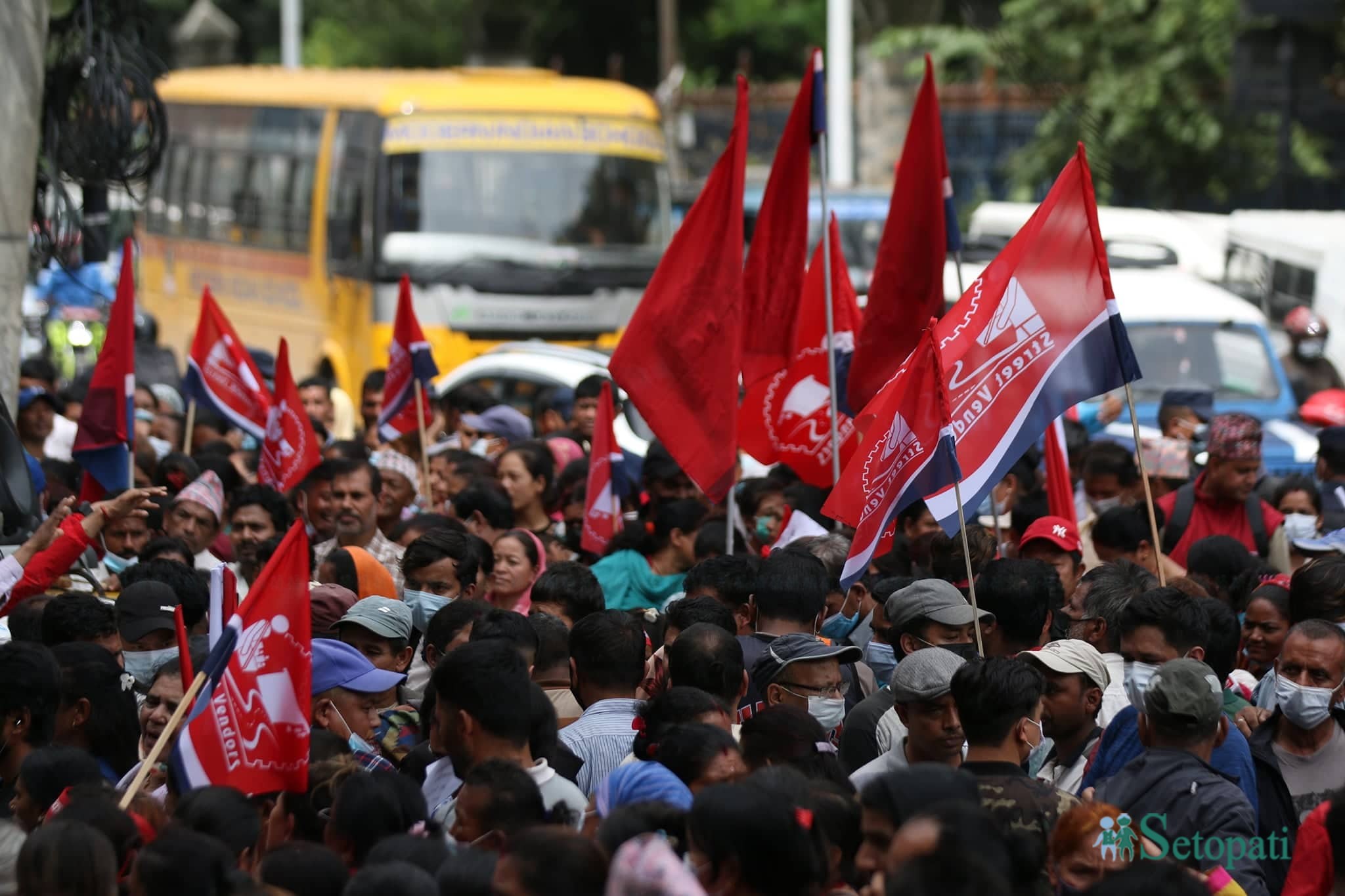 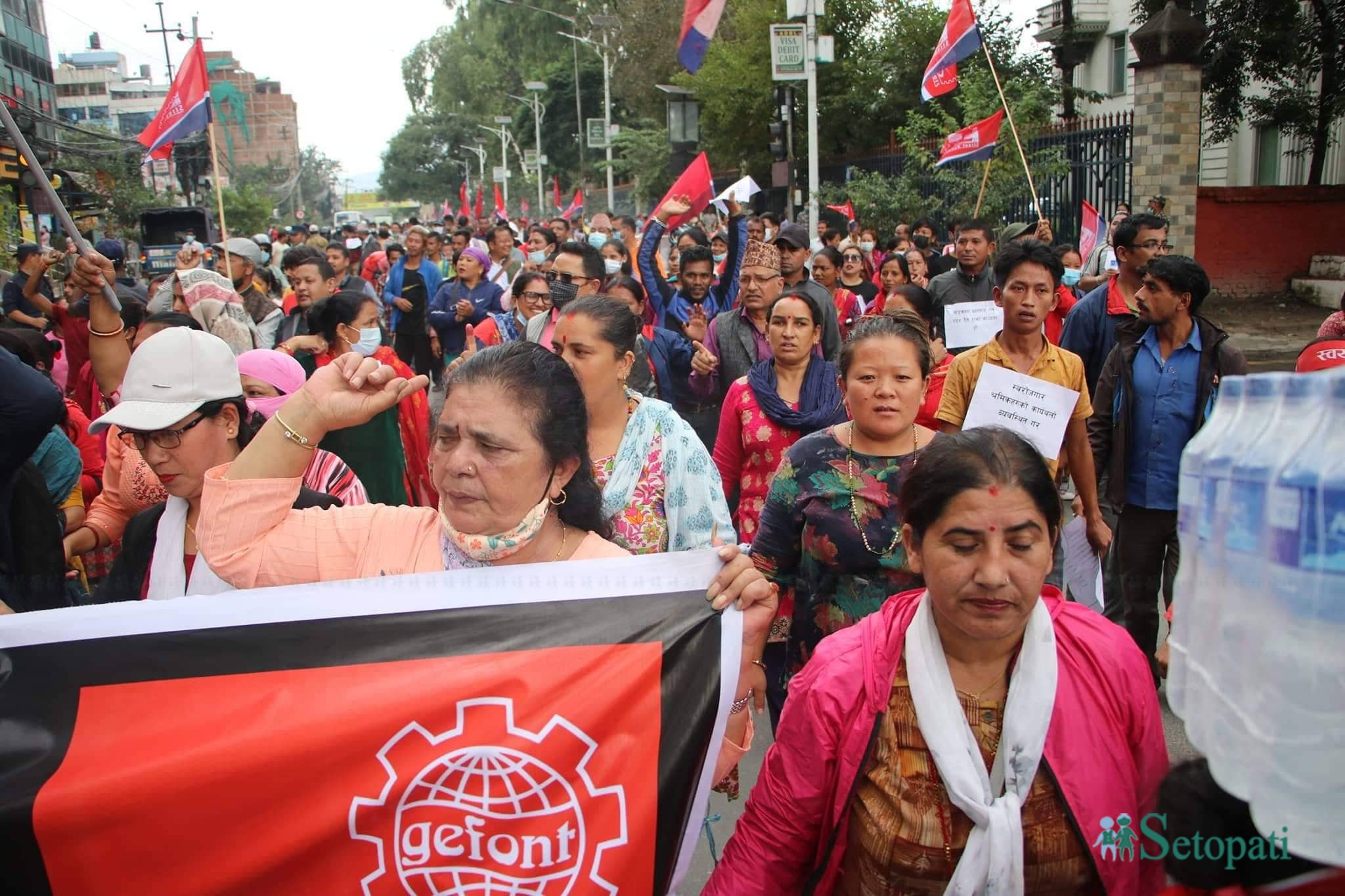 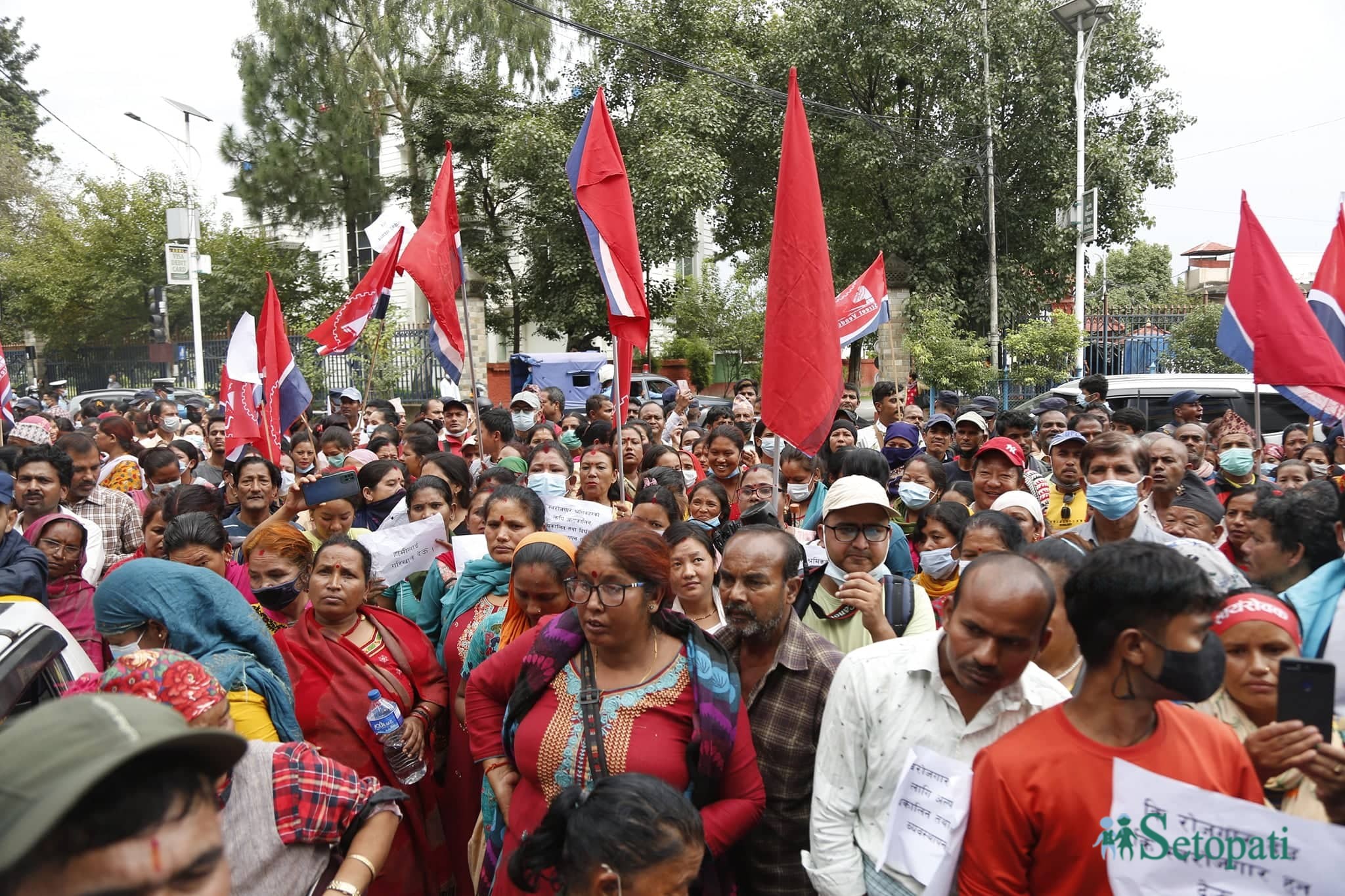 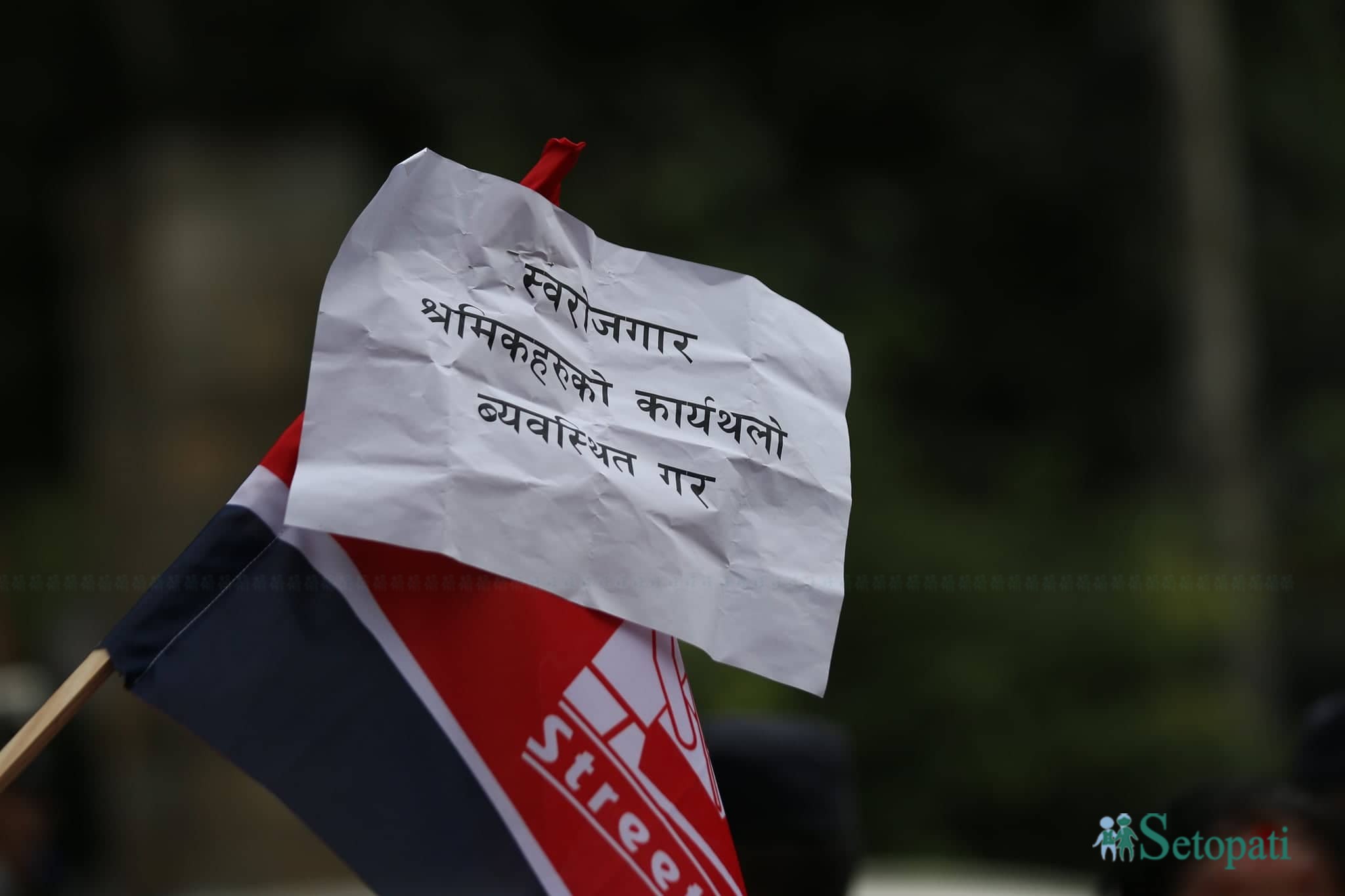 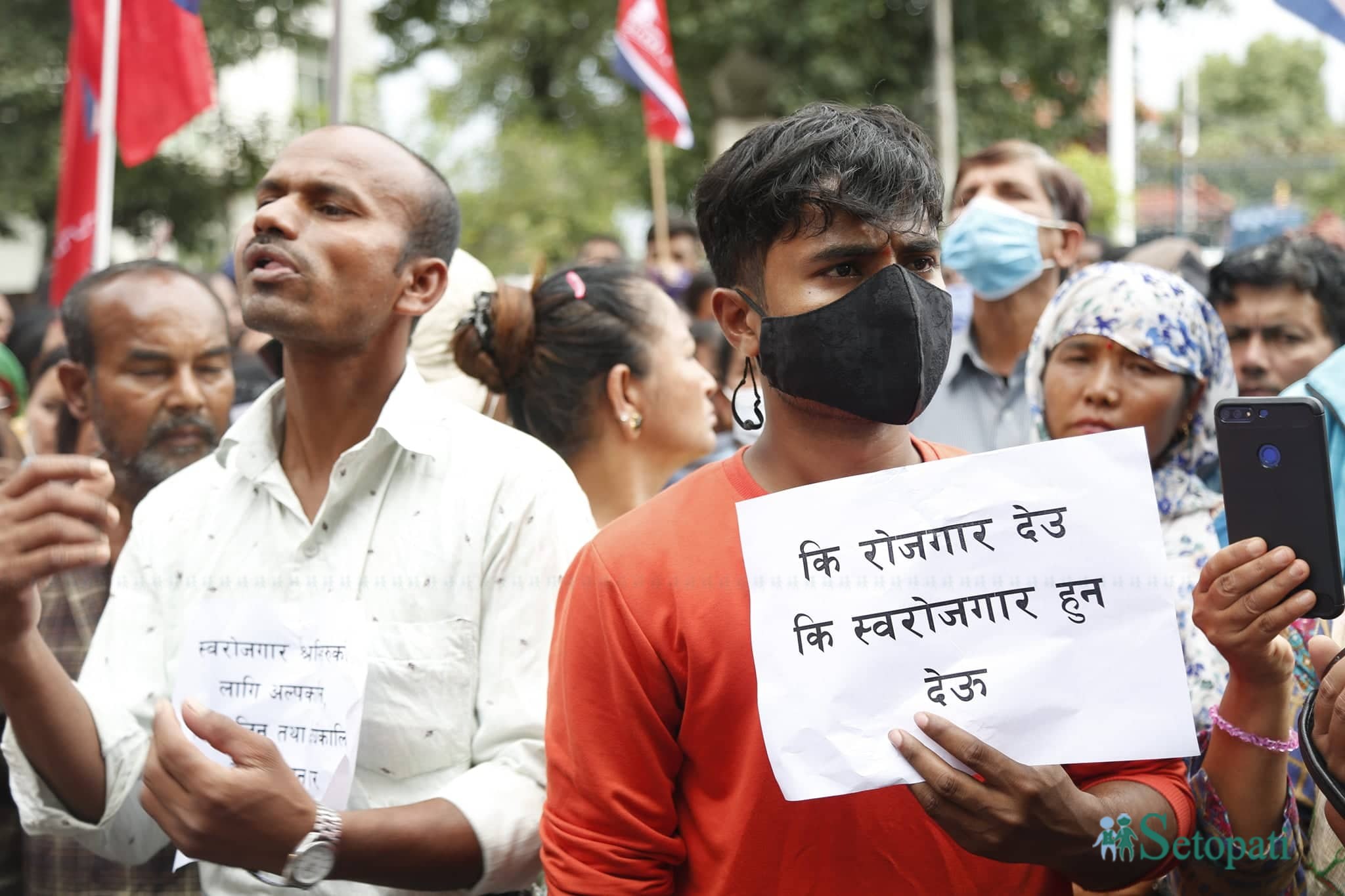 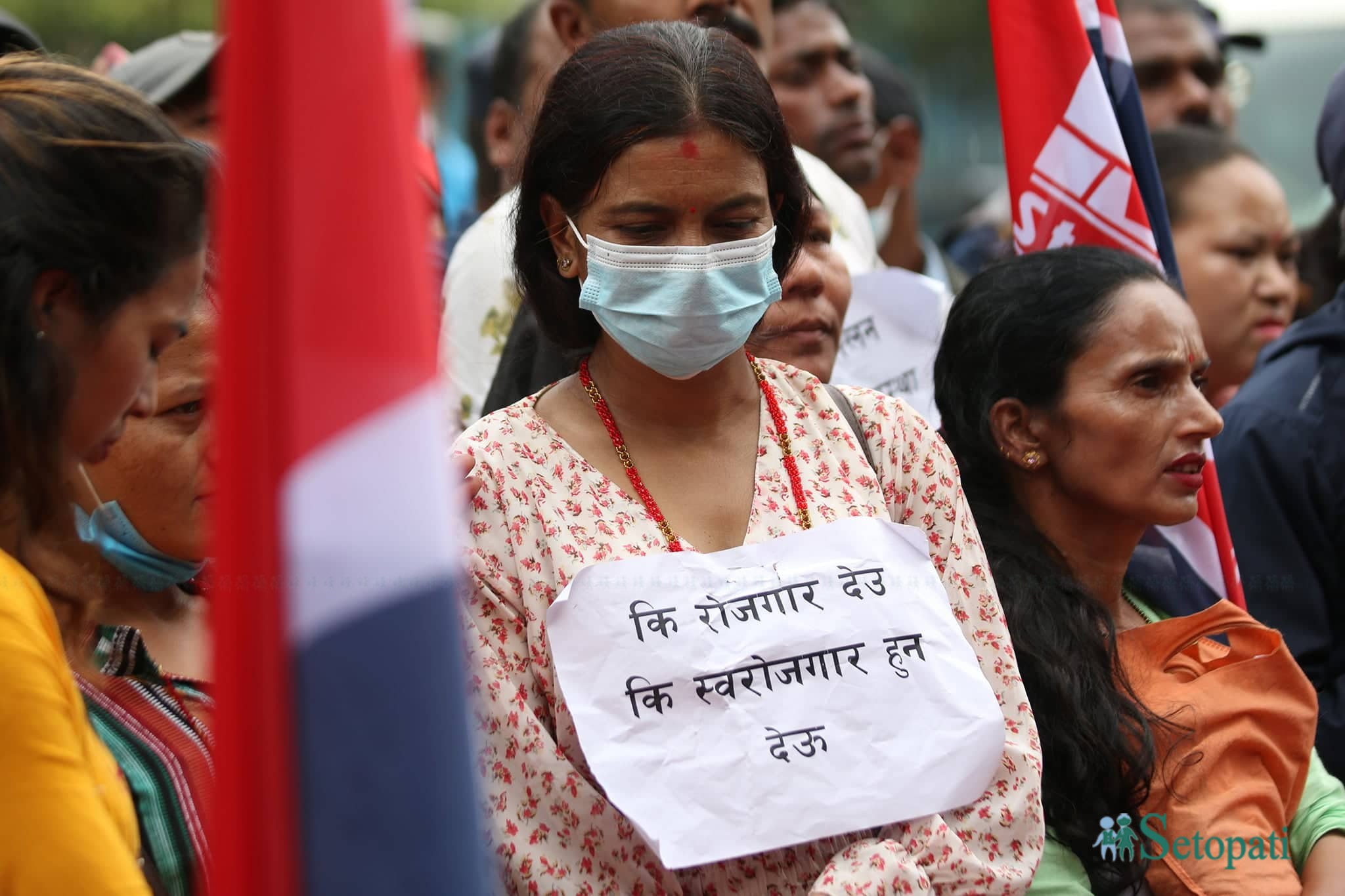 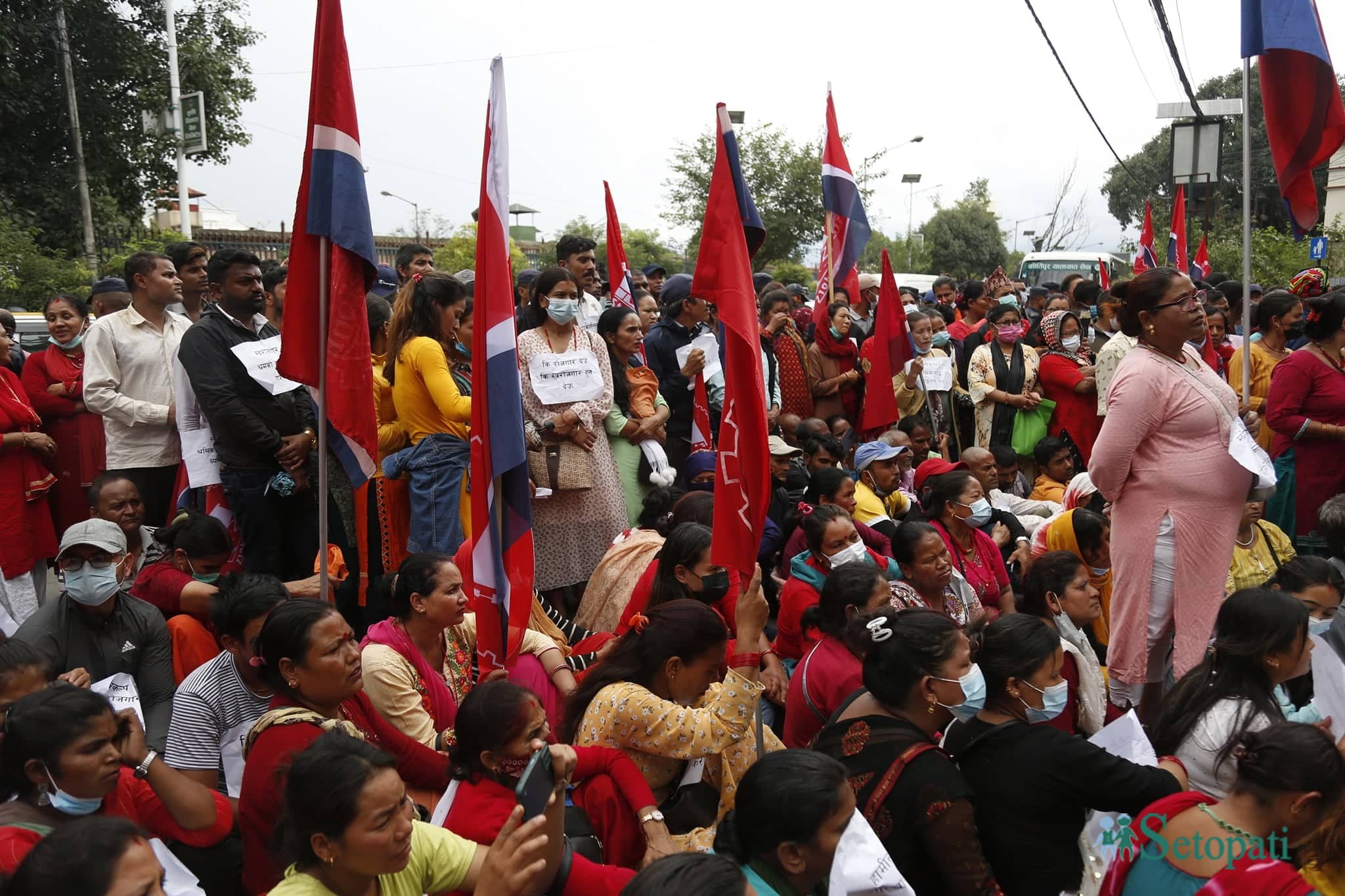 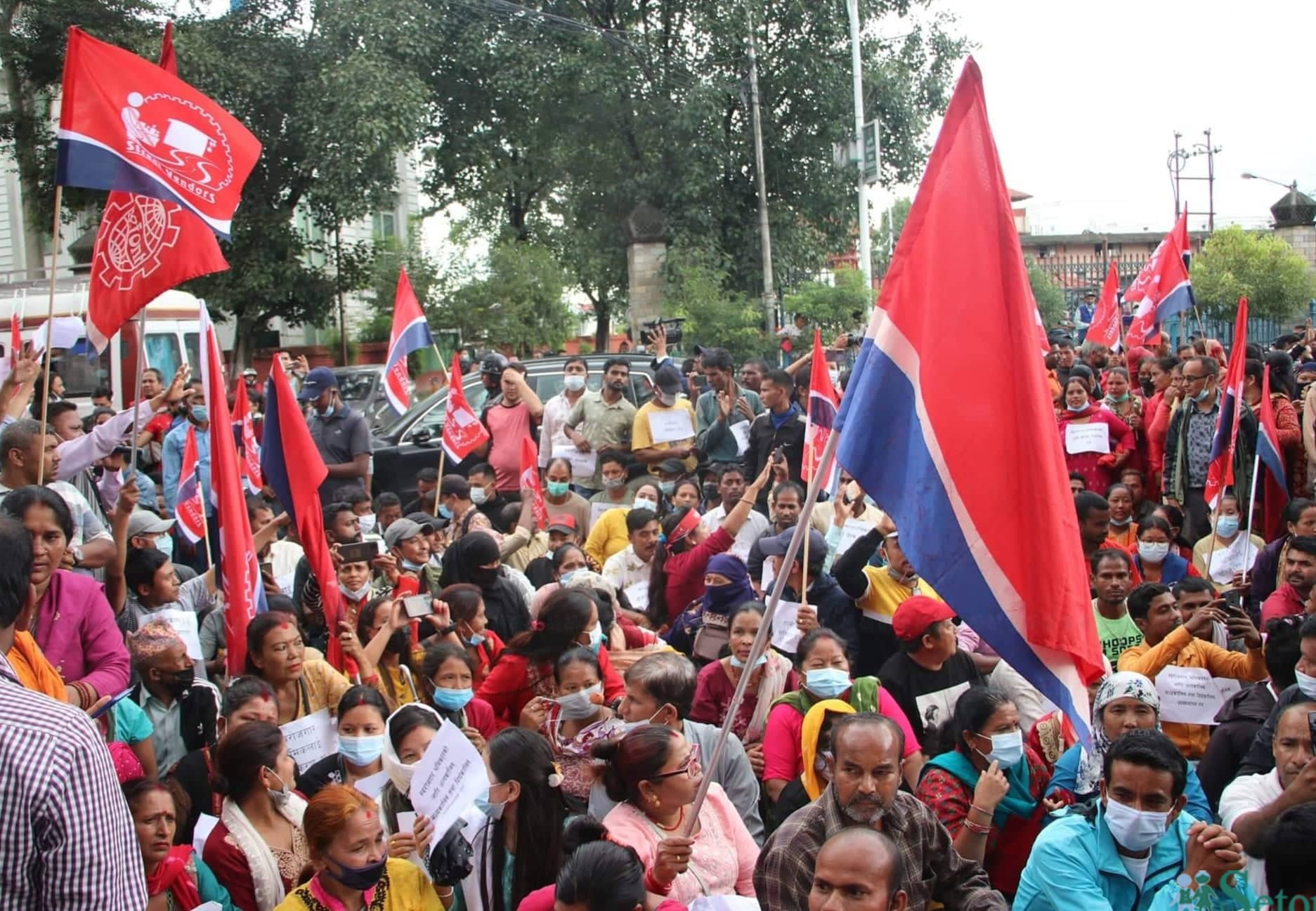 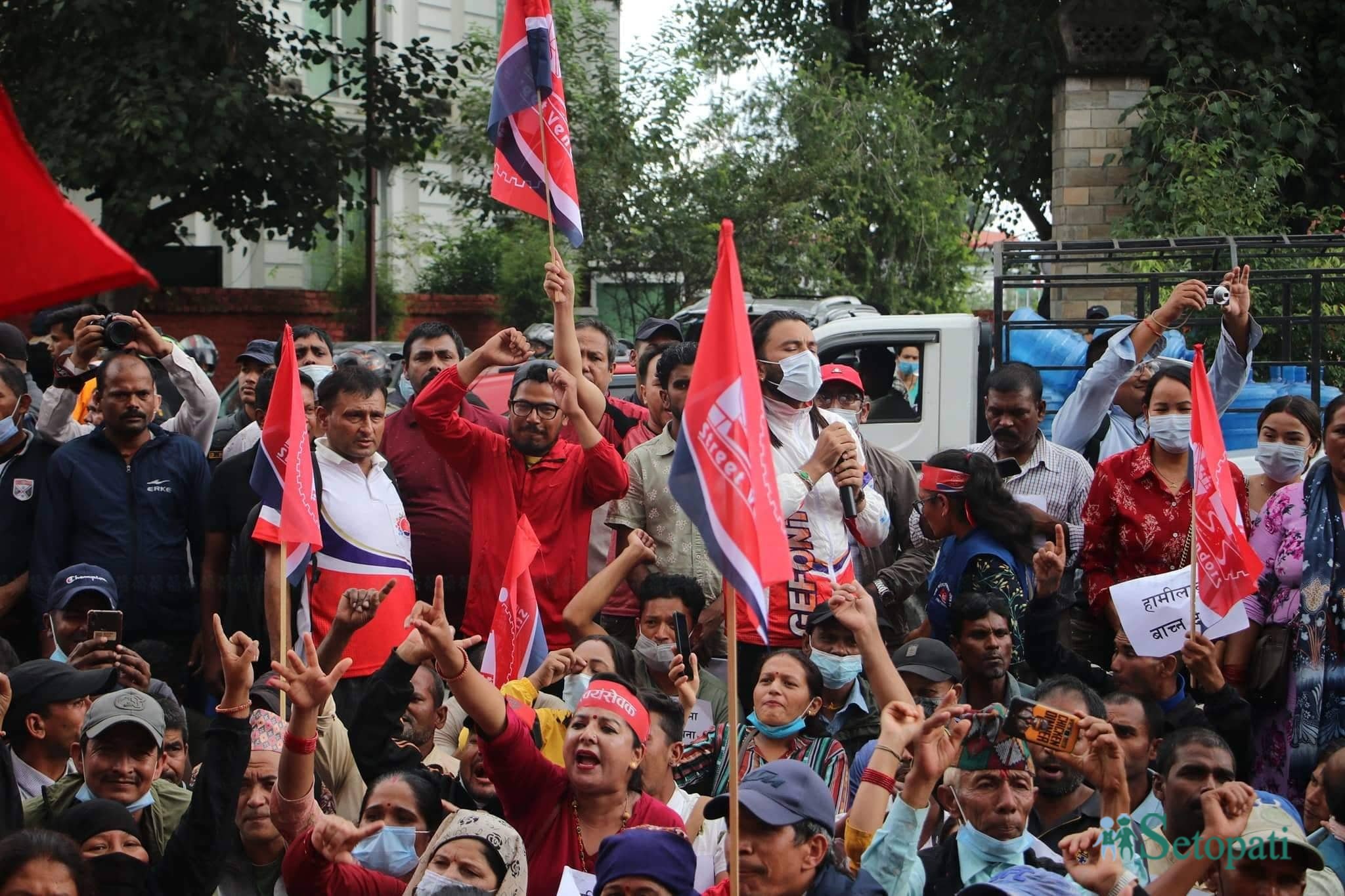 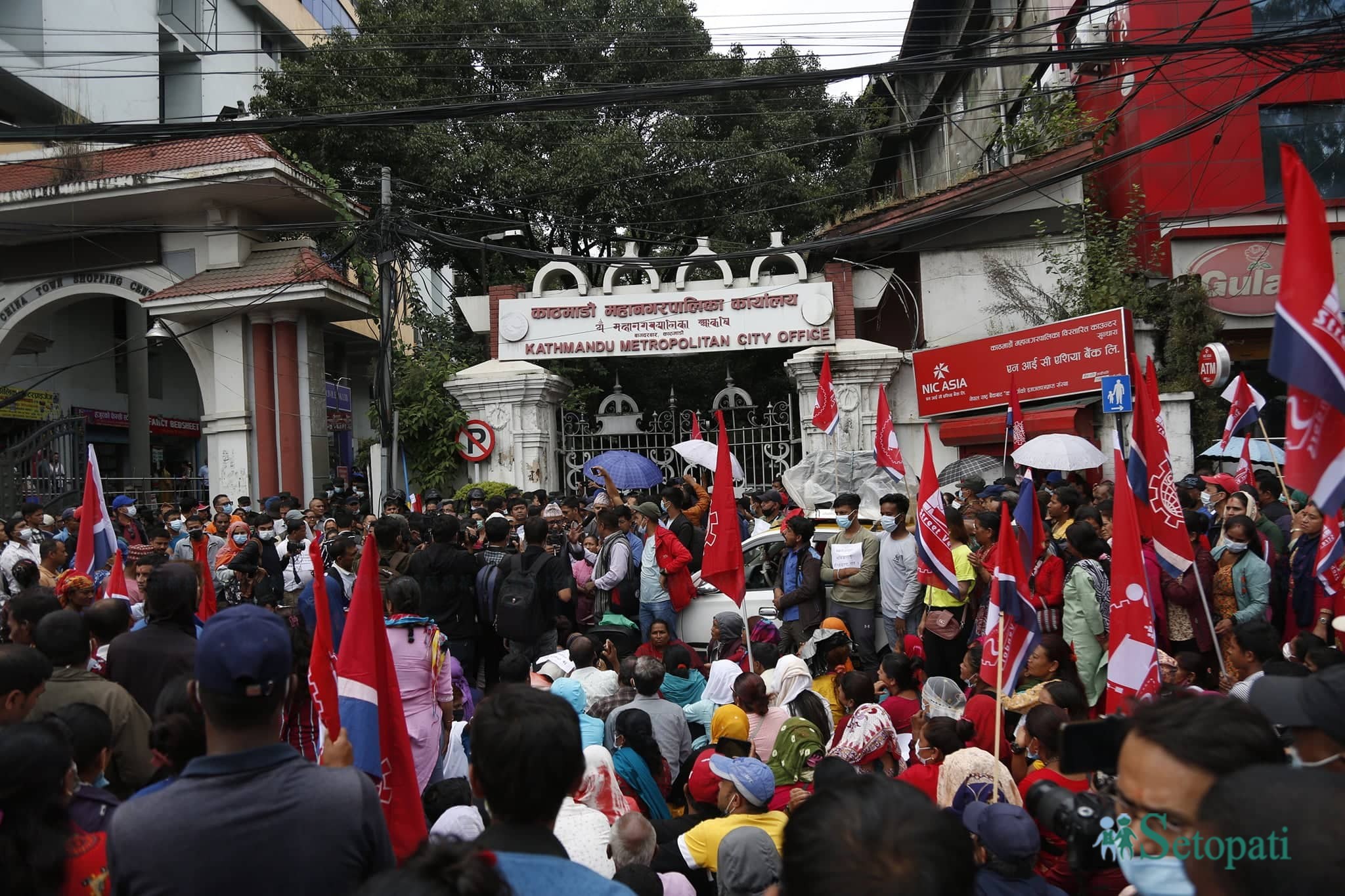 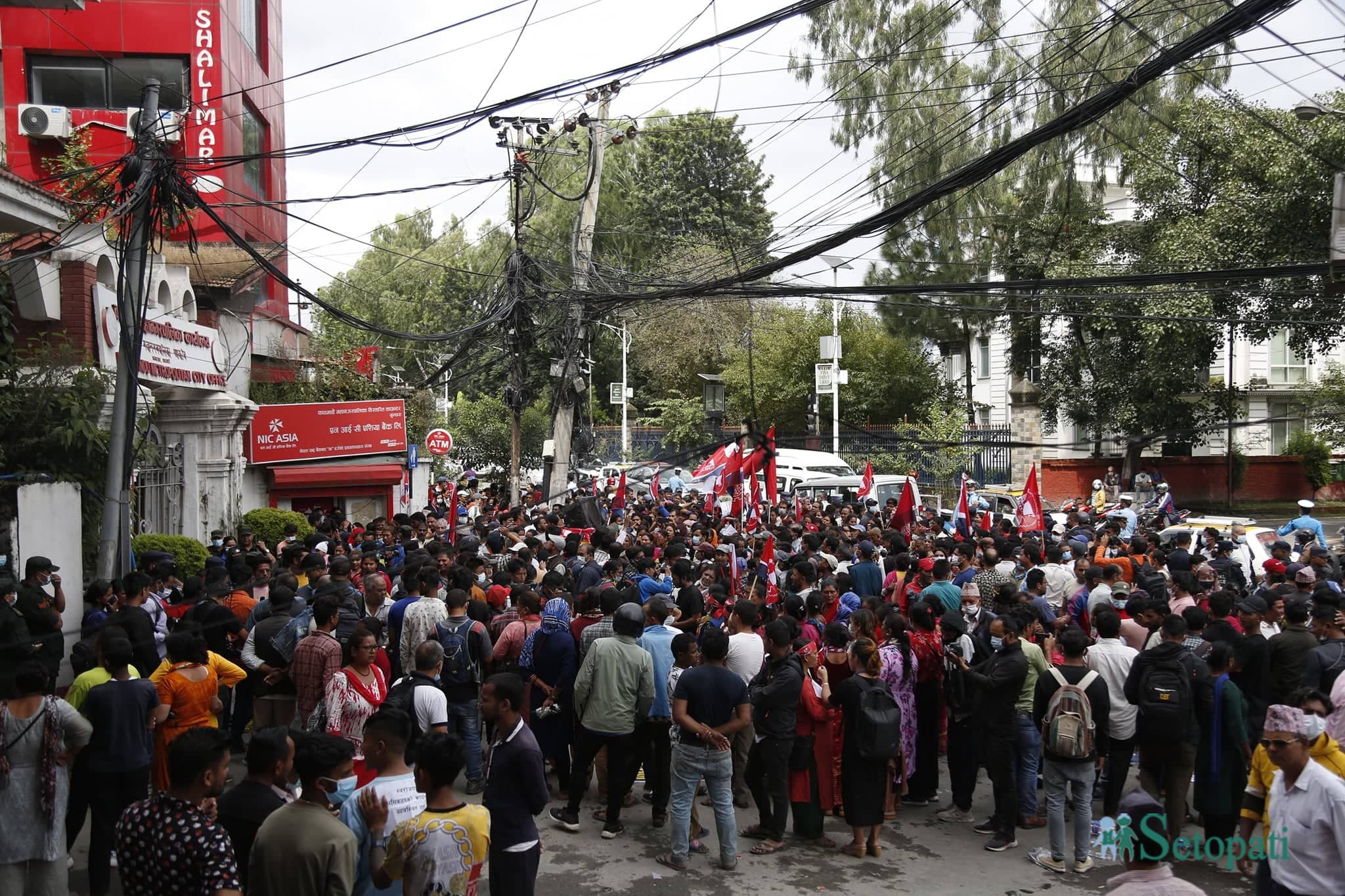 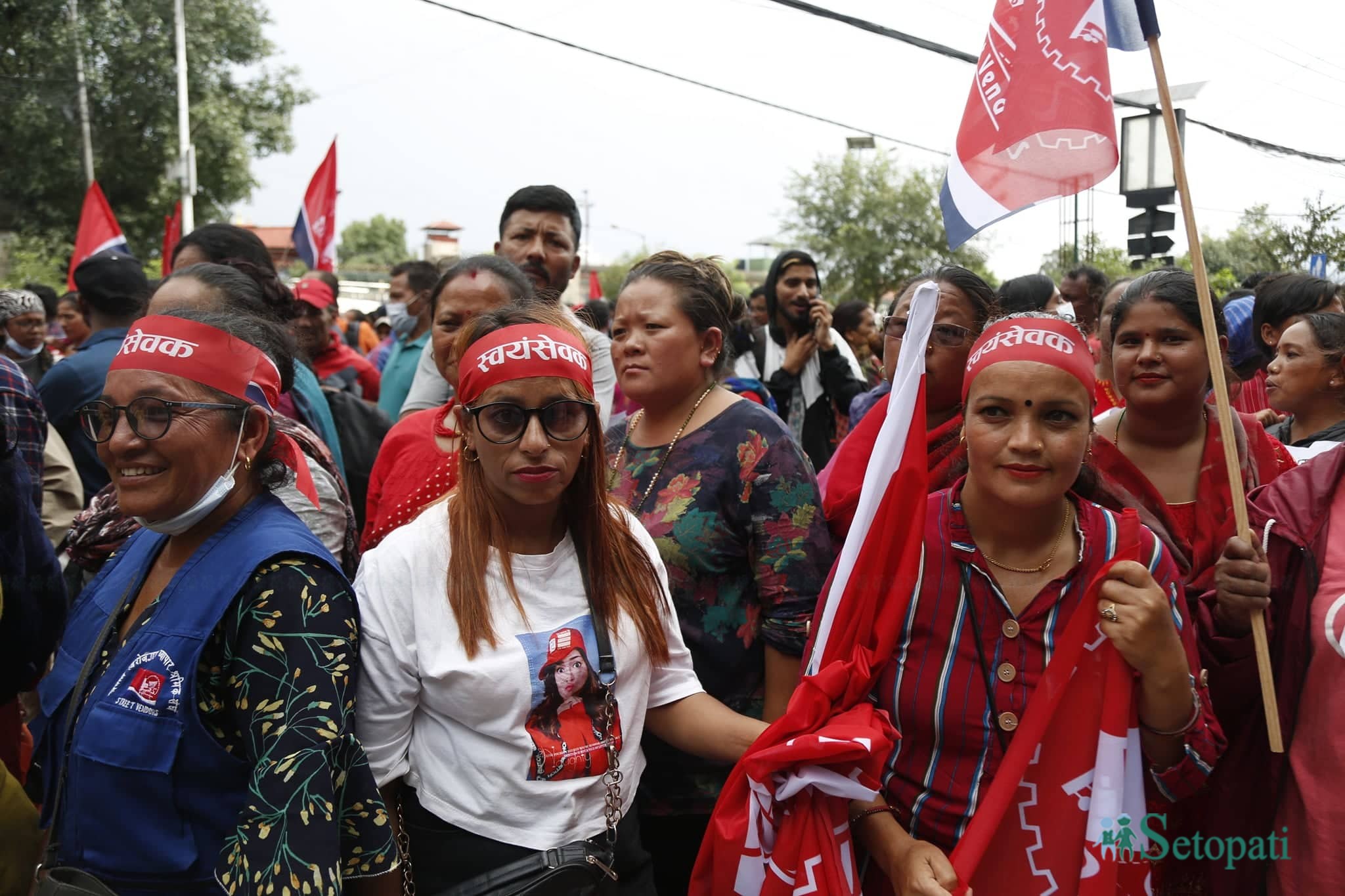