Sociological imagination in the pandemic 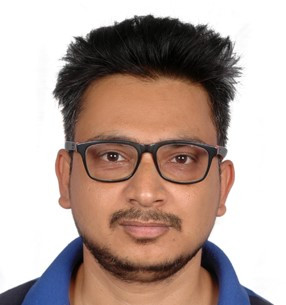 In his classic novel, The Plague, French writer Albert Camus reflects upon the untold deaths in Oran, an Algerian city where the epidemic occurs, as “a hundred million corpses broadcast through history are no more than a puff of smoke in the imagination.” “Since a dead man has no substance unless one has actually seen him dead,” he argues. By imagination, Camus implies the human faculty that throws events of the past into a real-imaginary interface. The want of personalization sets off humans apart from the events which are then waned into a sort of blur. However, it doesn’t entail a semantic abracadabra to deem imagination as a creative faculty with which one could grasp and express the melancholy or the ecstasy of the events with a brio, albeit the actual witness can still paint the more authentic portraits of the events. On the academic front, such an eloquent record of events can possibly be kept by the sociologists through what the American sociologist C Wright Mills called “sociological imagination” expounding the tricks of this trade in a book published in 1959. A “post-modern cowboy”, Mills heralded an aurora in sociology, a multi-disciplinary branch of social science, in the volatile 1960s through a publication that abruptly broke with the dominant pedagogies and practices, fearing such an intellectual prowess, his contemporaries, Seymour Lipset and Neil Smelser, had to warn the world in writing that the worth of his texts was close down to zilch. The reference to Mills’ “sociological imagination”, a treatise on the dialectics of private troubles and public issues, is evoked not as a text that has solely didactic purposes, but as a possible tool to reach the cruising altitude of the ongoing pandemic imagination.

Having started in Hubei province of China as a pneumonia outbreak in December 2019, the novel coronavirus has swiftly spread across the world with the death toll reaching almost a million. Had the Wuhan authorities discerned the handful of early cases as the presage of global health disaster, and contained the pathogen at its source, this virus would not have made such a dangerous expedition throughout Europe, Asia and Americas. This conjecture has galvanized the fresh discourses about the fault lines of the international political economy. Hordes of other discourses including the specious connection between climate change and pandemic, and the speculative rise of authoritarianism have found prominence. However, looking from an alternative, sociological angle, the botched effort to curb the spread of coronavirus, and the associated failure to save lives has become the debacle of the population state matured in the west in the second half of the 18th century.

According to scholar Michel Foucault, modern power of the population state has been brazenly “exercised on the level of species, the race and the large scale phenomena of population.” It was through the intersection of the rise in economic and military might, and the evolution of “welfare” in the second half of the 18th century which gave rise to “public health” that indexed the features of population through census, ordered mass surveillance and permanent control. The system of extractive, over-administered and panoptic regime, Foucault argues, has caused more holocausts, massacres and genocides in recent history than any time before. While it is quite early to assess which countries have triumphed in the fight against the pandemic through the technologies devised for public health and those appropriated for prosaic security acts, and which country will eventually win the biomedical rivalry by manufacturing the first effective vaccine, the explicit agenda of the population state to save lives from epidemic and endemic illnesses has failed deplorably. Foucault’s historical critique of the public health system is compelling as it parallels Mills’ vision of converting (auto) biographical experiences to a public affair. Foucault, who battled with bouts of depression and a major suicide attempt due to a slew of insults he received for being “sadomasochistic, pervert and homosexual”, had delved into an array of historical details to explore the context of his own sexuality. Given the local context, the chance for sociologists to be the phenomenological witness to the pandemic, unlike frontline workers, is unwonted. Albeit it is neither imperative nor practical for sociologists to anchor every research in the lived experiences, a fair degree of empathy and reflexion is usually asked for.

The paucity of public health resources and the longstanding corruption has resulted in the serious mismanagement of prevention and control of the ongoing pandemic in Nepal. As the general public critiques the government for acting either by caprice or cupidity, Prime Minister (PM) KP Sharma Oli and his ministers respond by passing the most brutal of remarks and unforgivable gaffes. The context of the government’s ineptitude and the league of its intellectual redemptors is a reminder to sociologists not to collude with the powers that put serious impediment to the research of the threatening perils. As seen in rigorous sociology, scholars seek to absolve the existing powers from culpability through the machinations of abstractionism and empiricism--both censured by Mills--by putting overemphasis on abstract structures over the immediate actors, and keeping a much bigger pool of research subjects, represented by surveys, samples, graphs and percentages, thereby overlooking the bits and struggles of laypersons. If an alternative protocol produces heroes and villains, missing the structures altogether within which the actors perform, sociology has to make a creative shuttle between the two diametrically opposed frames of interpretation.

In his essay, “The Plight of the Individual in Modern Society”, Swiss psychoanalyst Carl Jung says that for each manifest case, there are at least ten latent cases which seldom get to the point of breaking out, and frequencies of those latent cases are never put on the statistics. It is more demanding for sociologists to detect and scrutinize the latent details than just to shake the manifest crumbs off the research table. In the local context of pandemic, even the quality and quantity of brief data offered by the government sources  is bereft of analytical potential. Doing sociology in this context is comparable to metaphorical walking in the hot coals--arrayed by unbridled corruption, deficient and mismanaged public health system, casteist triage, multiple jeopardies, repeated incidents of suicide, rape and murder, and a battery of insidious problems. As reductionist discourses of neoliberalism and biomedicine are making copious reviews and rapid-fire forecasts of the pandemic, the sociologists have a burden to protract the critical examinations to the pre-existing conditions of our social, political and economic systems as the deaths are not solely linked to individual health histories but the overarching system that governs those individual bodies. If neoliberalism and biomedicine provide rather perceptible influences on sociologists through bureaucratic capitals, the unreflexive associations to parties, status groups and classes operate in a concealed routine. One example suffices to make a point of such an association. As I tried to interview people affected by the pandemic, every person who came to my contact was from the middle class. This middle-class lifeworld of sociologists brackets them from the latencies of pain imperceptibly submerged under the feet of their own. This attitude and behavior meets the upper hand when we get accustomed more to telephones and cyberspaces than to offline, commonplace spaces.

The theme of a paper with a gist that social ruptures give ways to knowledge production, as presented by a prominent sociologist in a recent webinar, is apropos to the context of pandemic if that knowledge contributes to complement the long-awaiting social repair. If sociology is an answer to the convoluted questions of our social life, as signaled by Ulrich Beck in Politics in Risk Society, it needs to augment its imagination by dissociating it from ad hoc and reductionist discourses as well as by shrugging off too much of abstraction and empiricist fetishes.